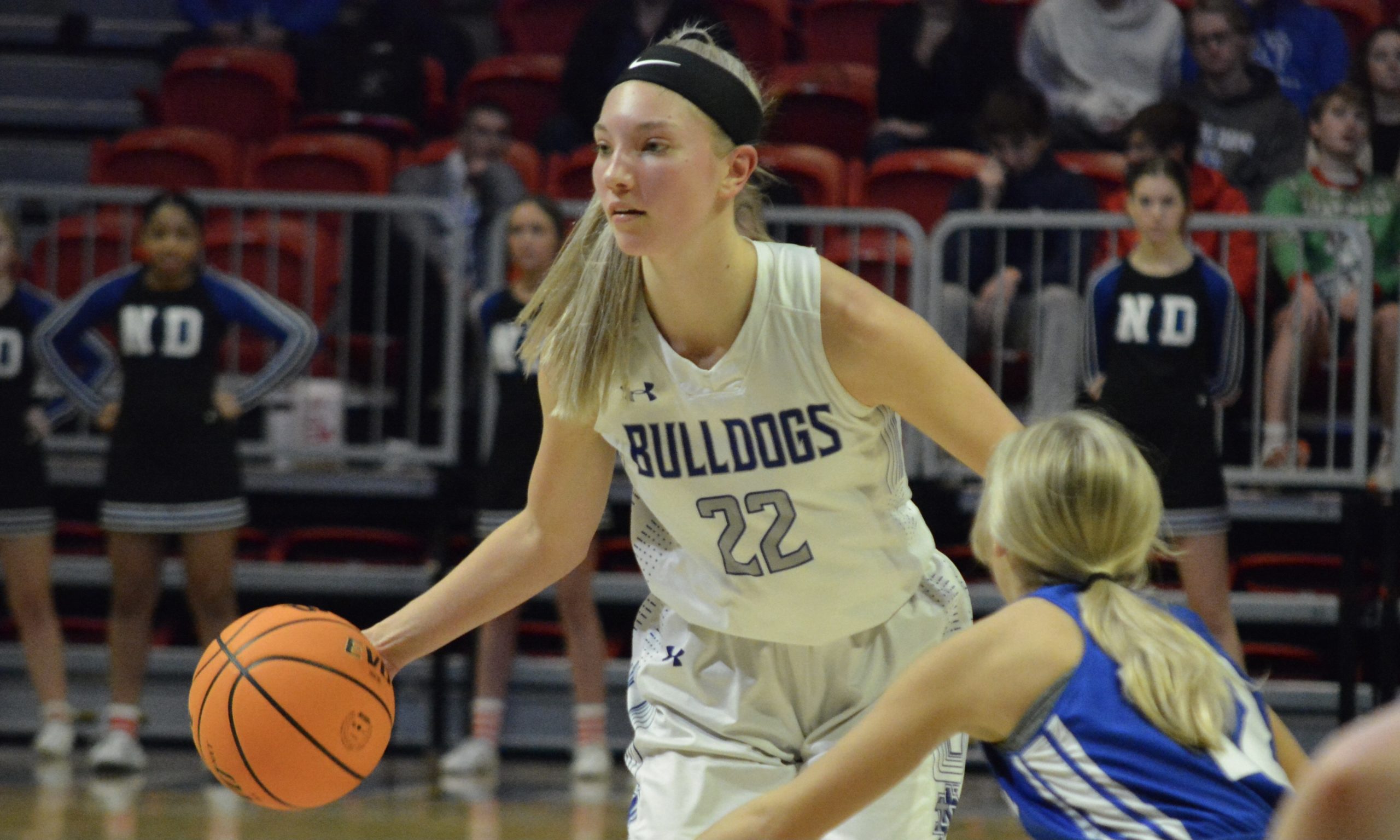 Prior to her final season of high school basketball at Notre Dame, 6-foot senior guard Lexi Rubel had already made her mark on the program. The two-time all-state selection did so by helping the Bulldogs advance to their first final four in a decade her sophomore year and win three-straight district championships, all while scoring 1,000 career points.

However, the ink in Rubel’s pen is far from dry as she reached yet another individual career milestone last week. The UT Martin signee is now Notre Dame girls basketball’s all-time leader in assists with a total of 342, which is 11 more than previous record-holder 2017 graduate Samantha Bren-nan’s mark of 331.

Rubel has been the only all-state selection for the Bulldogs during her career thus far, but she couldn’t have broken the assist’s record if it weren’t for playing alongside other top-notch hoopers.

This includes current and former teammates of Lexi’s like all-conference and all-district selections such as her sister junior Tori Rubel, fellow senior Leah Jansen, 2021 graduate Delaney Dohogne, 2020 graduate Riley Burger and 2019 graduates Megan Heisserer and Julia Williams. Heisserer finished her career as one of the 12 Bulldogs in program history to score 1,000 career points, while Tori Rubel is also on pace to join Notre Dame’s 1,000-point club.

“All of the guards that I’ve played with have all been so fast,” Lexi Rubel said. “A lot of my assists come from getting rebounds, and they’re already down halfway across the court, so I just throw the ball as hard as I can to them, and they go get a layup.”

The baseball pass, which is a one-handed pass that is used to throw the ball long distances, is Rubel’s favorite. It’s one that she’s been able to work on ever since she was in fourth grade.

“My dad used to do drills with us, where it would be me getting a rebound, throwing the ball and my teammates shooting layups,” Lexi said. “We just used to work on drills like that, and I’ve been able to do it ever since then.

“I also really like driving with the ball and no-look dishing it to the post, or I’ll drive the ball inside with like three seconds left in the quarter and throw a no-look pass for a wide-open three in the corner.”

To be a good passer, Rubel said it takes being able to see the entire court and having awareness of where her teammates are and where they like to shoot the ball.

Lexi has recorded multiple assists in every game this season as her current season-high total is eight, which she recorded against KIPP St. Louis in the First State Community Bank Holiday Classic. Rubel has recorded five or more assists in five other contests with six against Jackson, Sikeston and Woodland and five versus Dexter and Oran.

Last week, one of Rubel’s favorite targets, in fact, was her sister Tori Rubel, who averaged 10 points and 2.3 made 3-pointers per game (hit a total of seven threes) through three contests.

With 15 regular-season games left and the possibility of another deep playoff run this season, Lexi could break a few more individual records before it’s all said and done. She has a chance to become Notre Dame’s all-time leader in points (455 points until record), rebounds (104) and steals (41).

As for thinking about breaking these marks, there’s a record board in Notre Dame’s weight room Rubel sees often that is, indeed, motivation for her.

“I took a picture of it the other day just to see all of the records, and it’s pretty cool because I can see my aunts had a lot of those,” Lexi said. “Then I know whenever I get my name up there, I’m going to be inspiring kids someday. They’re going to want to beat those records.”

Rubel, who recorded seven double-doubles in 22 games last season, was only two assists away from having a triple-double against KIPP.

Lexi and the Bulldogs (9-1) returned to action this week against Class 5 District 1 opponent North County (8-3) on the road Monday night. Notre Dame will also compete in the Nixa Invitational tomorrow through Saturday.

One of the Bulldogs wins last week was over SEMO Conference foe Sikeston (9-4, 2-1) for Notre Dame to advance to 1-0 in regular-season conference action.