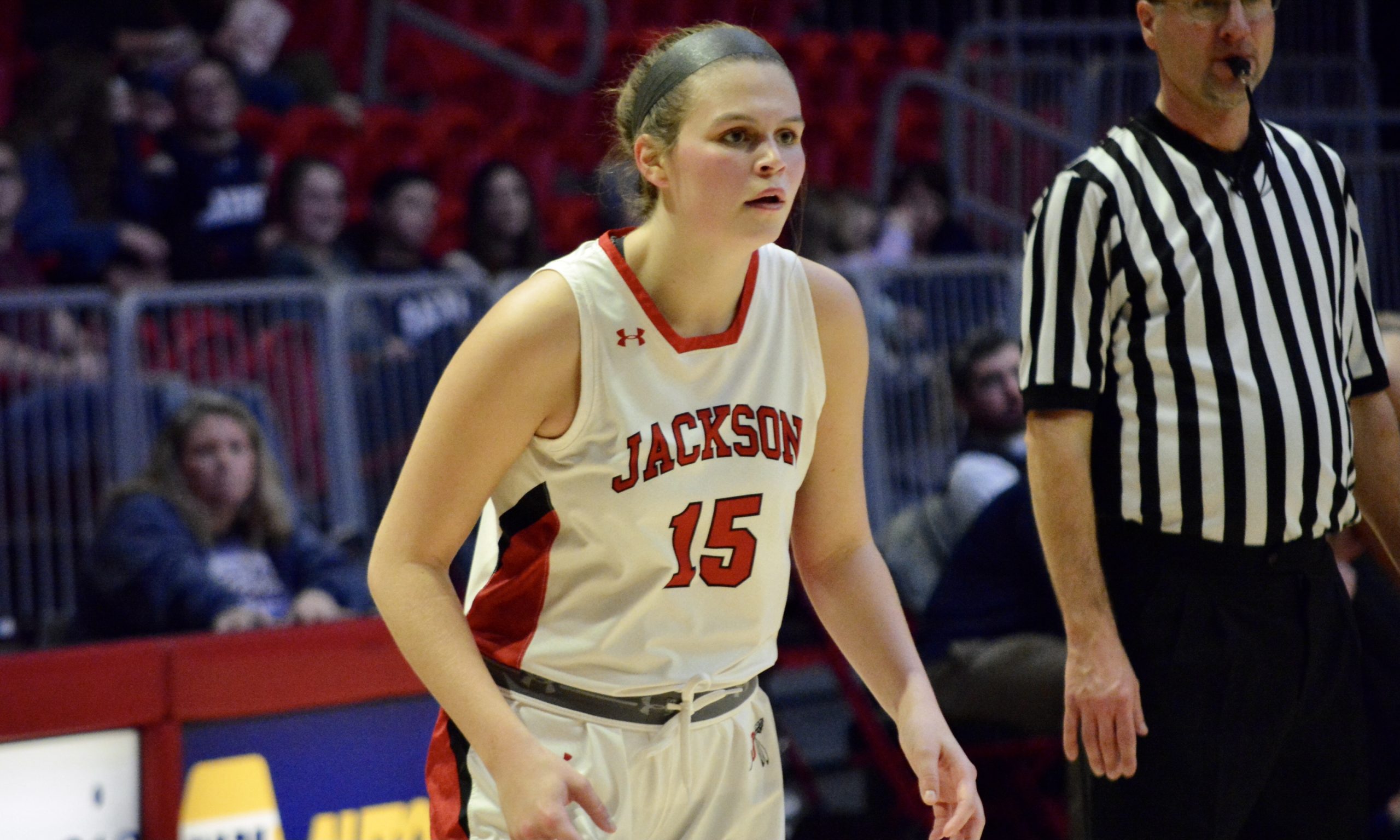 It’s always a treat when Jackson and Cape Central meet up with much on the line for both sides.

Last Thursday night, the two schools faced off in a SEMO Conference girls basketball matchup hosted at Cape Central with standing implications riding on the outcome.

Jackson took the contest by a score of 58-30 after mounting a 14-point lead through the first quarter and received a game-high 25 points from junior guard Katie Waller. Fifteen of Waller’s points came from beyond the arc as she sank five 3-pointers.

The first quarter began with the two being incapable of putting up numbers, as the squads traded turnovers and couldn’t crack each other’s defensive sets. However, it was Jackson that first found luck on the scoresheet as the Indians dialed up three from range in the first to finish the frame leading 18-4.

The second quarter was where Central built up some confidence. Tigers sophomore Jazmine Robinson scored eight points in a row for her team and brought them all the way back to within 10 points as Jackson struggled to find the net.

Jackson’s second quarter woes allowed a backdoor for Central to climb back into the game, but some critical halftime adjustments stopped this trend in its place.

“We finally took a breather and realized, ‘Hey, you aren’t going to score 20 points in one shot.’ We had to come out here, work it around and allow somebody to make a mistake and get a bucket,” Jackson first-year head coach Adam Stoneking said. “We did a great job in the second half passing the ball to the high post.”

In the third quarter, the Indians found their stroke and took it to Central. Jackson outscored the Tigers 18-4 once again to create an insurmountable 24-point edge heading into the final period. The Indians built on this and took the contest 58-30, leaving no doubt behind.

Jackson is currently on a three-game winning streak and will hit the road tomorrow to face Graves County in Mayfield, Kentucky.