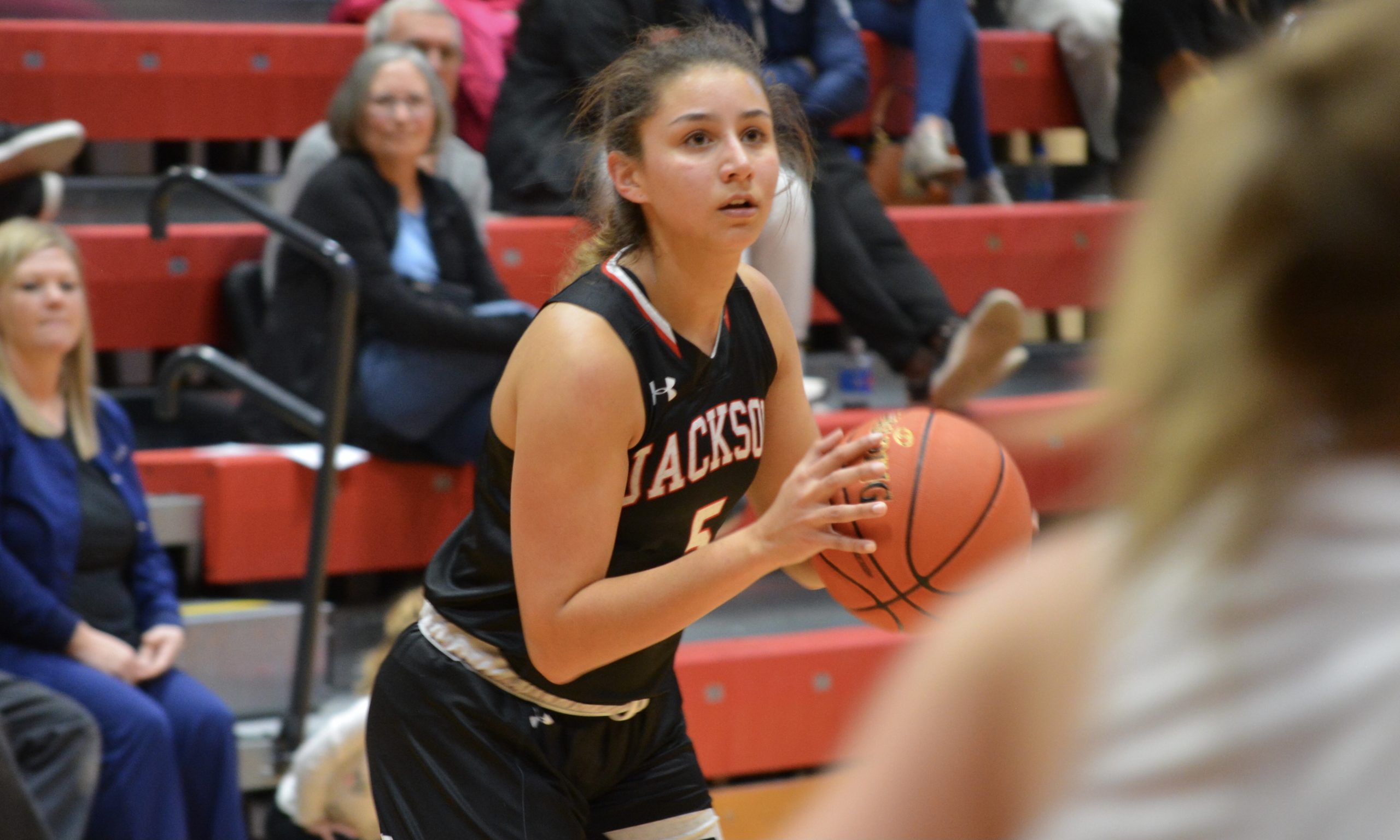 On Saturday, the Jackson girls basketball team was on the brink of making history in the Class 6 Quarterfinals. The Indians have not made a state final four since 2003, and they were only five points shy of breaking that drought against St. Joseph’s Academy this weekend.

Jackson (17-9) ended up falling to the Angels (20-9) by a final score of 41-37 in a game where St. Joseph’s led by eight points at halftime, 19-11. The Indians nearly rallied back in the second half by outscoring the Angels 26-22 as senior guard Jordyn “Jo” McClellan came up with key 3-pointers.

The Missouri Baptist-signee McClellan hit a total of four threes in the game and finished with 17 points to lead all scorers in her final contest. However, she was the only Jackson player to finish with double-digit points as the team’s leading scorer junior guard Katie Waller produced eight.

St. Joseph’s had two players finish with 10-plus points as sophomore Kayla Jansen and senior Kiley Duchardt combined for 27 with 14 and 13, respectively. Neither of them hit a 3-pointer like McClellan did, but that’s where senior Ellan Davenport came in handy as she knocked down two threes of her own for her only points of the game.

Outside of McClellan and Waller’s combined 25 points, junior post Kamryn Link was the only Indian to score more than one field goal as she finished with six points.

Fellow starters for Jackson junior guard Maci Wendel and sophomore guard Holland Guilliams only had two points, as did junior post Aubrey Brothers off the bench.

With the win, St. Joseph’s Academy moves on to the Class 6 Final Four and will face reigning state champions and nationally-ranked No. 16 Incarnate Word Academy (27-0) in the semifinals tomorrow at Missouri State.

McClellan, who was a four-year starter for Jackson, is the only player the Indians are graduating out of their starting five.