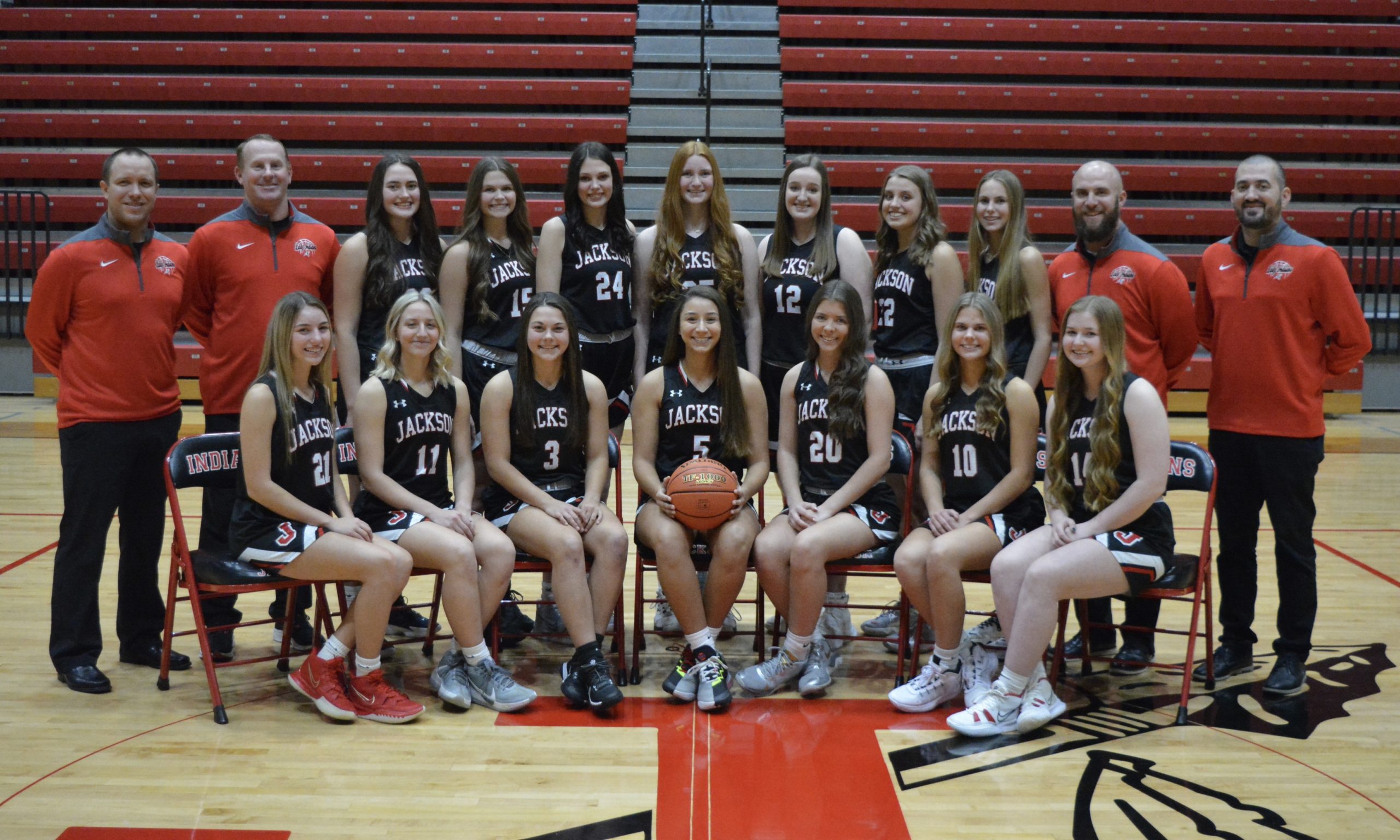 Things will look a little different this winter on the Jackson girls basketball team’s sideline as Adam Stoneking officially took over as the team’s head coach after last season.

Stoneking served as an assistant for the past two seasons with the Indians under former head coach Tyler Abernathy, who won six district championships during his stint including last year.

“First, you don’t want to mess anything up. It’s been working fine, so there’s no reason to try and break it or fix anything,” Coach Stoneking laughed. “You just want to try and continue the success. As great as a job Coach Abernathy did, I always try to give the credit to the kids. A lot of that success is from the hard work and effort they put in day in and day out.”

Coach Stoneking inherits a team that recorded its fifth 20-win season in the last six years during the 2020-21 campaign. Luckily for him, though, the Indians bring back one of the top overall players in Southeast Missouri: 5-foot-9 senior guard Jordyn “Jo” McClellan.

McClellan, who is the No. 24 ranked player in her class for Missouri by Prep Girls Hoops, returns for her final season at Jackson as the reigning Class 6 District 1 Player of the Year.

To earn this honor and to also become a first-time SEMO All-Conference selection, Jo averaged 12.8 points per game while shooting 40.6% from 3-point range as she made a team-high 58 threes.

“She always shoots the ball well, so we’ve talked about making teams pay for leaving her open and not being afraid to miss a few,” Coach Stoneking said. “I tell her, ‘Be worried about your next make more than your last miss.’

“She’s an unselfish player, so that goes a little bit against the grain from her. If she’s struggling, she’s not afraid to pass it off. Not that we need her to, but it helps tilt the floor a little bit defensively if we can always have her as a threat to shoot from anywhere basically once she comes across the half-court line.”

Also coming back for Jackson will be fellow all-district honoree 5-10 junior guard Katie Waller. Coach Stoneking said the most impressive thing about Waller is her innate ability to score.

“[Waller] has really improved her shooting tremendously since she came in as a freshman,” Stoneking said. “No matter the sport, she’s always going to find a way to score in that game. She’s evolved more as a slasher to someone that’s really good at catching and shooting.”

Two other Indians who saw plenty of time last winter and will be crucial for Jackson are juniors 5-10 post Kamryn Link and 5-5 guard Maci Wendel. Link will start in the post, while a player like Wendel will get after ball handlers.

Making the jump from primarily playing junior varsity last season will be 5-7 sophomore guard Holland Guilliams, who Stoneking said could’ve been a starter on most teams Jackson faced last winter. Guilliams has been a pivotal peace of the Jackson volleyball team’s defense the last two seasons in winning back-to-back district titles.

“[Guilliams] is so loose as a ball handler — there’s no rigidness — it’s so smooth,” Coach Stoneking said. “You can just tell she loves to compete. I’m sure if you were playing checkers with her, she’s trying to figure out a way to beat you.”

Another Indian who will see plenty more varsity minutes will be 5-11 senior post Isabella Hermann, who didn’t get to play a lot last season due to injuries. Jackson 5-11 junior forward Aubrey Brothers will also make the jump to varsity.