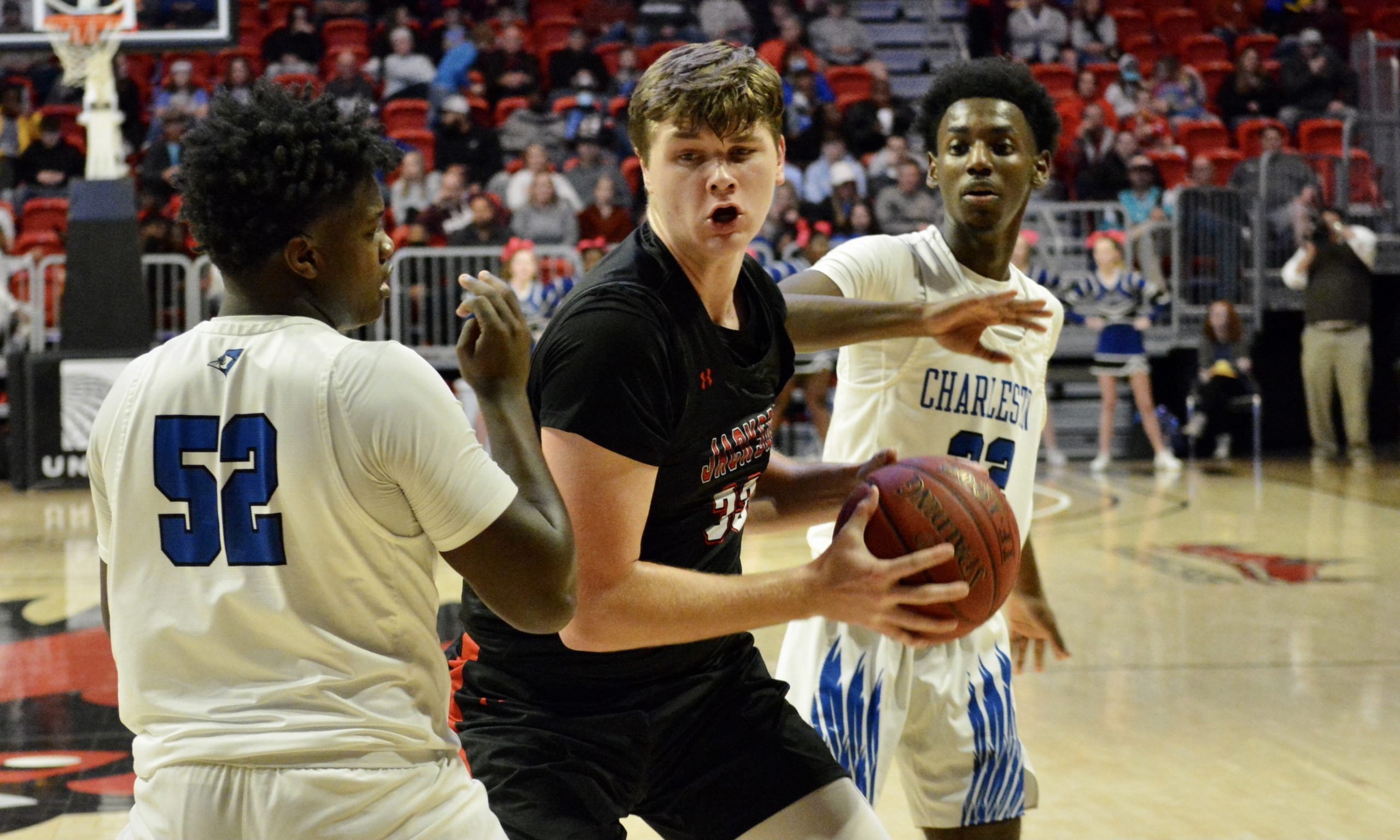 Despite temperatures dipping well below freezing and countless nearby schools canceling academic and athletic events, the Jackson boys basketball team played host to the Kennett Indians Friday night in the yearly competition between the two schools, who share a mascot.

Both tribes were coming straight off of losses, although they appeared to be trending in opposite directions. Jackson, having just lost to Charleston in a tight Southeast Missourian Christmas Tournament championship game, was hoping to improve on their early struggles, while Kennett had dropped three-straight including a rout loss against New Madrid County Central earlier in the week.

The drive of over one-hundred miles proved little of a problem for Kennett as they went blow-for-blow against Jackson in the first half. Trailing by four at the end of the first quarter and by six after a few minutes of the second quarter, Kennett poured a little gas into their offense.

Elijah Jackson, a senior forward for the Kennett Indians, saw 11 points go toward his total as Kennett rallied back to take a series of leads and eventually a 33-33 draw into halftime.

The first half woes for Jackson weren’t anything out of their control, however. This was evident coming out of the gate, as they went on a 12-0 run to start the third quarter to take a 45-33 lead and never looked back.

Jackson was able to outscore the visiting Indians 22-6 in the third frame including a hammer by senior forward Nick Wasilewski from sophomore guard Blayne Harris to cap off the runaway quarter at 55-39.

“That first couple of minutes, we got a couple of blocks and steals, and we were able to score. When we got the lead to ten, we became the aggressor and were able to pull away,” Jackson head coach Darrin Scott said.

The fourth quarter was nothing to write home about either for Kennett, as Jackson added on to their already wide margin, finishing the night with a 77-44 final score. Nick Wasilewski and junior post Clayton Ernst led Jackson in points, both putting in 17 points in the contest.

Following close behind was senior Elliot Cowell with 14 including three and-1s, as well as Blayne Harris at 13 points as his dominant sophomore season continued.

With the win, Jackson improved to 7-5 on the season and 2-0 in SEMO Conference action, while Kennett dropped to 3-9 and 0-3 in conference play.

“We’ve got a chance to compete. There’s multiple teams that, one any given night, could beat another team,” Coach Scott said. “There’s a good chance that losing once won’t guarantee that you don’t have a chance to win the conference. We’re 2-0, and when you win the next one, you put yourself in a better position to have that chance.”

“We’ve all got to clean things up,” Ernst said in anticipation of the squad’s upcoming Lindbergh Tournament this week in St. Louis. “Defensively, including me, helping. We’ve got to focus on the little things. If we can patch those up next week, we’ll look pretty good.”