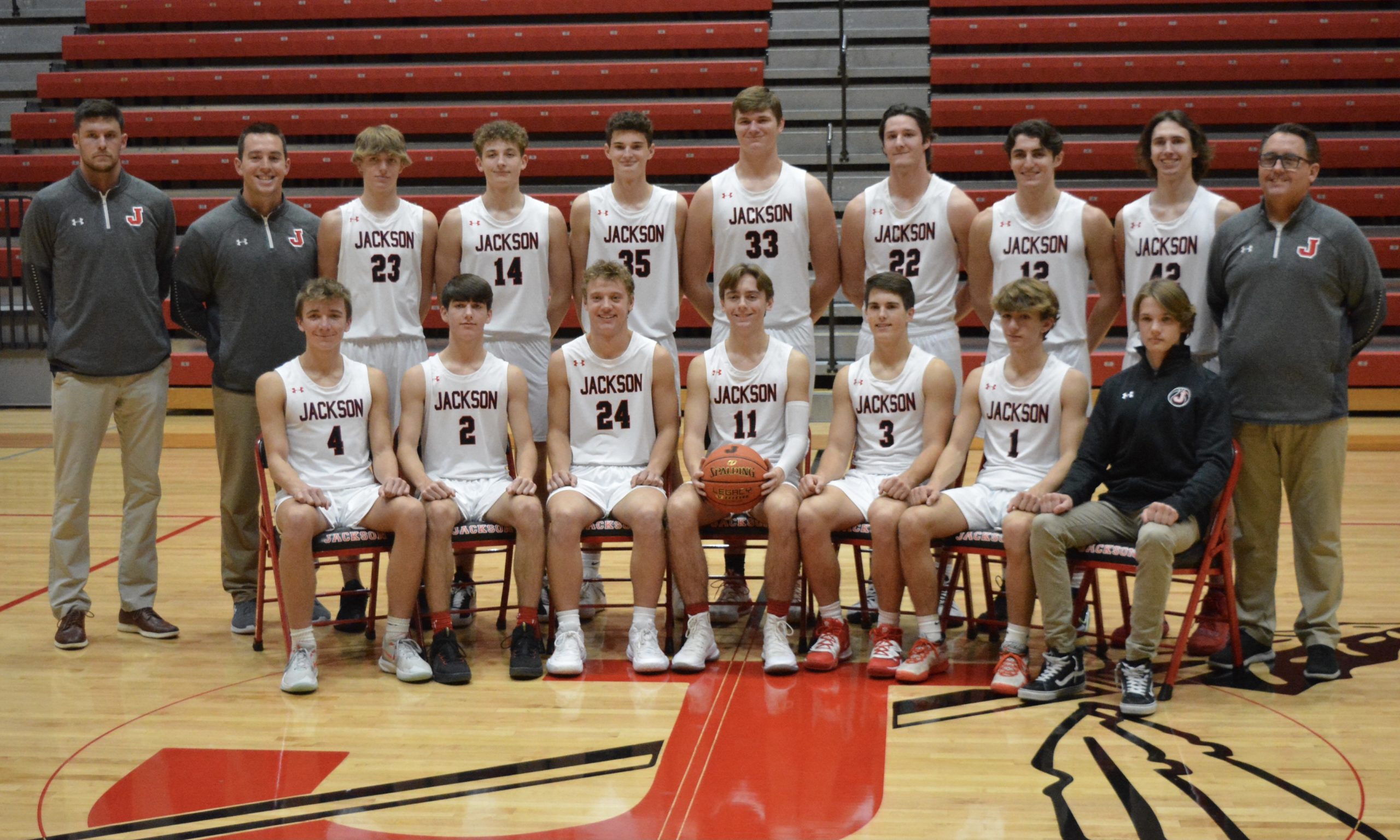 Last season, the Jackson boys basketball team came up short of three-peating as district champions by falling to Poplar Bluff in a 49-42, overtime thriller for the Class 6 District 1 title.

However, on the bright side, the Indians return all five of their starters from last year. Jackson was even down one of its starters for the second half of last season and entirety of postseason play.

Coming back to the starting lineup for the Indians will be the likes of all-conference and all-district selection 6-foot-6 senior forward Nick Wasilewski.

“The biggest thing that stuck out for those guys and all of us is that everybody came back a better player, so I think for us we have multiple guys that could be the leading scorer on a different night,” Jackson head coach Darrin Scott said. “The most exciting thing for me is the overall individual growth for each of the players and how we can put that together as a group.”

Wasilewski returns as the Indians leading scorer having produced 12.7 points per game and tied for the team-high in rebounds (7.5 per contest) with Ernst.

Ernst also averaged double digits in the scoring column with 10.7 points per game and recorded 1.4 blocks to Wasilewski’s 1.7.

“Ernst has practiced really well and he’s rebounding really well. The way we’re playing this year you’ll get to see some that you haven’t seen in the past is he can step out and shoot it,” Coach Scott said. “He can make a 15-footer, and we talked about in the offseason one of our goals was to let him play on the perimeter and get to where he can pick and pop some.

“He’s worked on becoming a better passes and it’s shown in practice. If we can do that that opens the floor so much and creates space to allow some of these other guys that are good athletes to drive, kick and play a little more like we want to.”

On top of leading the team in points, blocks and tied for first in rebounds, Wasilewski led Jackson in steals at 1.1 each game. Wasilewski also recorded the highest field-goal percentage among starters at 53.8% as Ernst paced him at 50.2% while Scott made 38%.

“[Wasilewski] is so athletic and jumps so well. The last couple of years we haven’t been able to use his strengths as well just because we had to play slower,” Coach Scott said. “This year with having more depth and now being older and being able to spread the floor, I think will help him some.

“Another thing is that’s going to help him a ton is the fact we’re going to have him on the floor, but it won’t feel like he has to be out there as much. He can play harder and try to be more consistent.”

Scott was certainly his team’s best 3-point shooter, though, as he knocked down 42.4% of his attempts. Along with that, Quinn averaged 8.3 points and a team-high 3.2 assists as Wasilewski paced him in the category by dishing out 2.7 assists per game.

“[Scott] has worked really hard in the offseason trying to work on his athleticism because we want to be able to guard and extend our defense more,” Coach Scott said. “He’s put himself in a position to do that. In practice, I’ve felt good about the way he’s played and looking to take the shots he needs to take.

“I still want him to talk more and show more leadership on a consistent basis, but I think he’s shown growth in that.”

The other two returning starters for the Indians will be 6-3 senior forward Elliot Cowell, who missed over half the season with an arm injury, and 6-3 guard Blayne Harris.

After only playing in 14 of Jackson’s 26 games his junior campaign, Cowell finished as his team’s second-leading scorer with 11.9 points per game.

Cowell also managed to make 31.3% of his threes while notching 4.1 rebounds, 2.1 assists and a team-high 1.4 deflections per game.

“We’ve talked about for [this senior class] is, ‘When you graduate, do you want people to talk about your team at some point,” Coach Scott said. “They’ve all watched guys like Blake Reynolds play in the mid 2010s.

“Do you wanna have a team where you guys can compete and people remember your team, and I think that’s what’s gonna be really important for them if they keep that mindset. That’ll be really good for them.”

Making the jump to the starting lineup for Jackson in place of Cowell was 2021 graduate Luke Mirly, who averaged 6.1 points and 3.5 rebounds per game while shooting 40% from the field. Mirly was also a respectable 3-point shooter (32.5%) and dished out 2.5 assists.

Much like Ernst and Wasilewski, Harris will be in the starting lineup once again after getting the nod as a freshman.

In his first year as a starter for the Indians, Blayne had 5.5 points, two rebounds and 1.5 assists per game while shooting 34.1% from the field and only 24.7% on 3-point attempts.

“Sometimes when you’re young you just worry about, ‘How can I survive? How can I get on the floor,” Coach Scott said. “What I want them to do now is grow and not just worry about that but how can we be really good?

“Not that they weren’t trying to win — They’re just more confident in, ‘OK, now we need to make sure we’re doing the things we need to do as a group.’”

Something Coach Scott pointed out is that his teams haven’t been able to handle adversity very well when things went south.

However, Scott believes the growth of players like Ernst, Harris and Wasi-lewski, who have all started since they’ve been in high school, will be vital for Jackson this season.

“Where you’ll be able to see if we’ve grown up and can really gonna be mature is in the first game of the year or fourth game of the year — whatever it is — if things aren’t going well are we going to play the way we need to with some confidence?” Coach Scott said. “We can’t let the wheels fall off the bus.”

Coach Scott says another big key for the Indians will be the play of 5-11 junior guards Kaed Windborne and Steven Schneider in their ability to handle the ball and defend at a high level.

Other guards who primarily played on the junior varsity squad last winter like 5-11 sophomore Braeden Thoma and 6-0 junior Grant Borgfield.

“I feel now they’re much more ready to play, and we need them to handle it more, which will help us a ton,” Coach Scott said. “Having those guys where you have another guy who can play allows you to be more aggressive because foul trouble doesn’t matter as much. They’re going to be huge keys in how we can guard.”