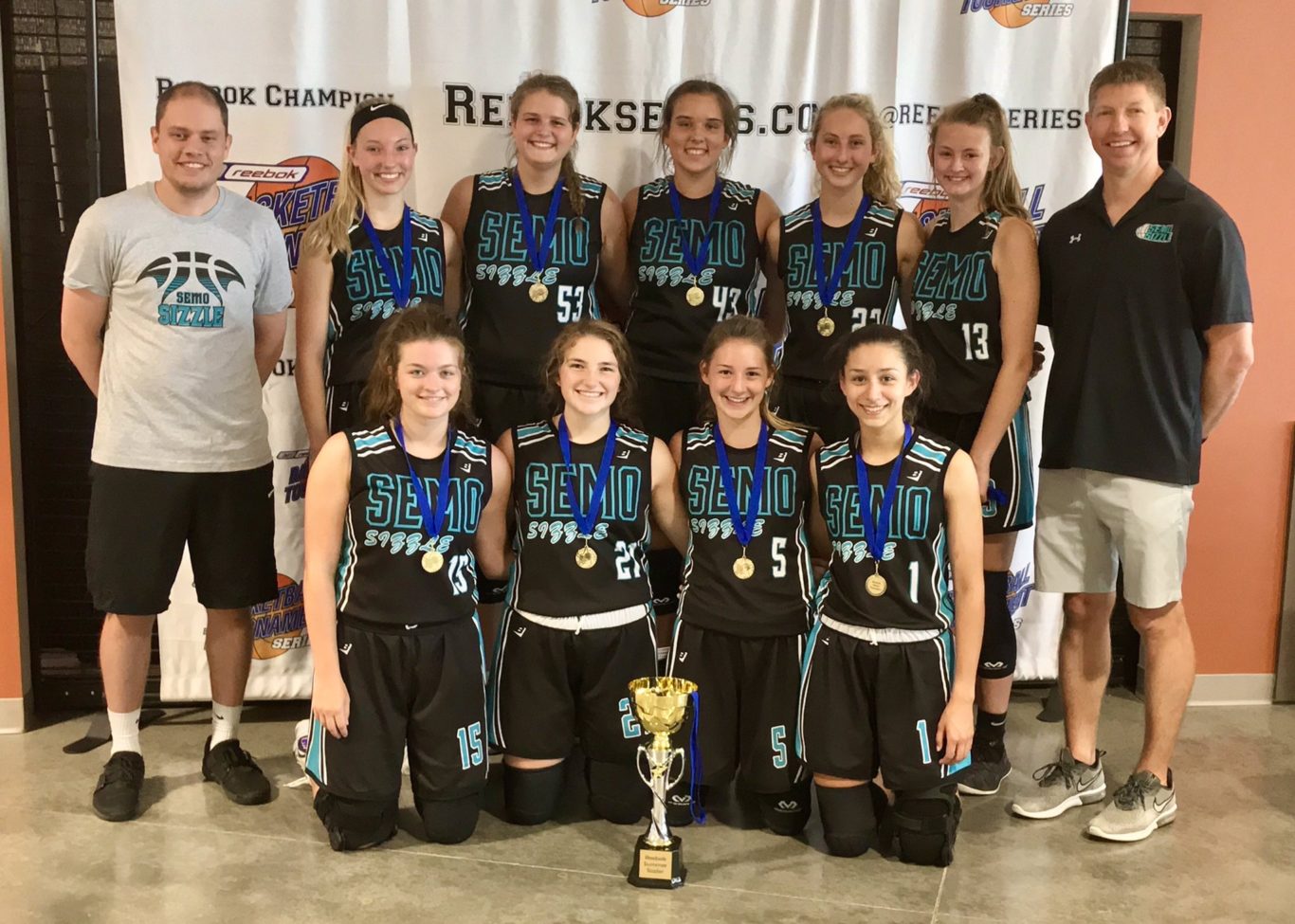 Multiple girls basketball players from the area returned to the court this weekend as SEMO Sizzle 2022 went undefeated and captured the Reebok Summer Sizzler High School Girls Division Championship at the Cape SportsPlex.

The Sizzle did so with a 15-point, 40-25 win over the Lady Jays out of Ashland, Illinois, in the title game on Sunday. 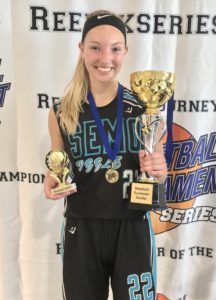 SEMO was led by none other than The Rubel Duo, Notre Dame sisters Lexi and Tori Rubel, who combined for 20 points in the contest. Lexi scored a team-high 11 points as Tori paced her with nine and produced seven of those in the second half.

Saxony Lutheran’s Emma Voelker also had a key performance for the Sizzle in the title game by hitting two 3-pointers in the second half and finished with seven points coming off the bench. Voelker missed most of her sophomore campaign with the Crusaders this season due to a knee injury.

SEMO had no problem reaching the championship game as the Sizzle defeated GC Hoops (Hickory, Kentucky) handedly at 50-16 in the semifinals. Jackson’s very own Jordyn “Jo” McClellan scored a game-high 14 points as she hit a total of four shots from beyond the arc.

McClellan was forced to sit out this past season with the Indians due to a torn ACL she suffered last summer.

Lexi Rubel paced Jo with 13 points of her own and went 4-for-5 from the free-throw line. North County post players Lainey Calkins and Kamryn Winch combined for 12 points as they each scored six for SEMO.

The Sizzle began the tournament in pool play against GC Hoops on Saturday as they won 41-24 in a game where McClellan led all scorers again with 11.

Pacing Jo this time as SEMO’s second-leading scorer was Winch, who scored nine points in the paint. Lexi Rubel and Calkins combined for 12 by producing seven and five points, respectively.

The Sizzle’s final game of pool play ended up being their closest contest of the tournament as they faced the Lady Panthers of Water Valley, Mississippi. SEMO came away with a 28-17 win and only had one player score more than four points, which was Lexi Rubel.

Rubel finished with a team-high eight points against the Panthers as she was perfect from the free-throw line at 6-for-6. Rubel was named the Tournament’s Most Valuable Player by finishing with 39 points through four games.

This past season, Rubel helped lead Notre Dame to the Class 4 Final Four for the first time in 10 years and was also named all-state. She currently fields offers to play college basketball from Ohio Valley Conference Tournament Champions Southeast Missouri State as well as Southern Illinois.

McClellan, who finished the Reebok Summer Sizzler with 31 points, also has an offer from an OVC school in Murray State, which offered her four games into her freshman season in 2018-19.

Calkins recently picked up her first college offer from Webster out of the NAIA following her freshman campaign with the Raiders.

SEMO Sizzle will only compete in Cape Girardeau one more time this summer, which will be in The Select Super 16 on June 27-28.