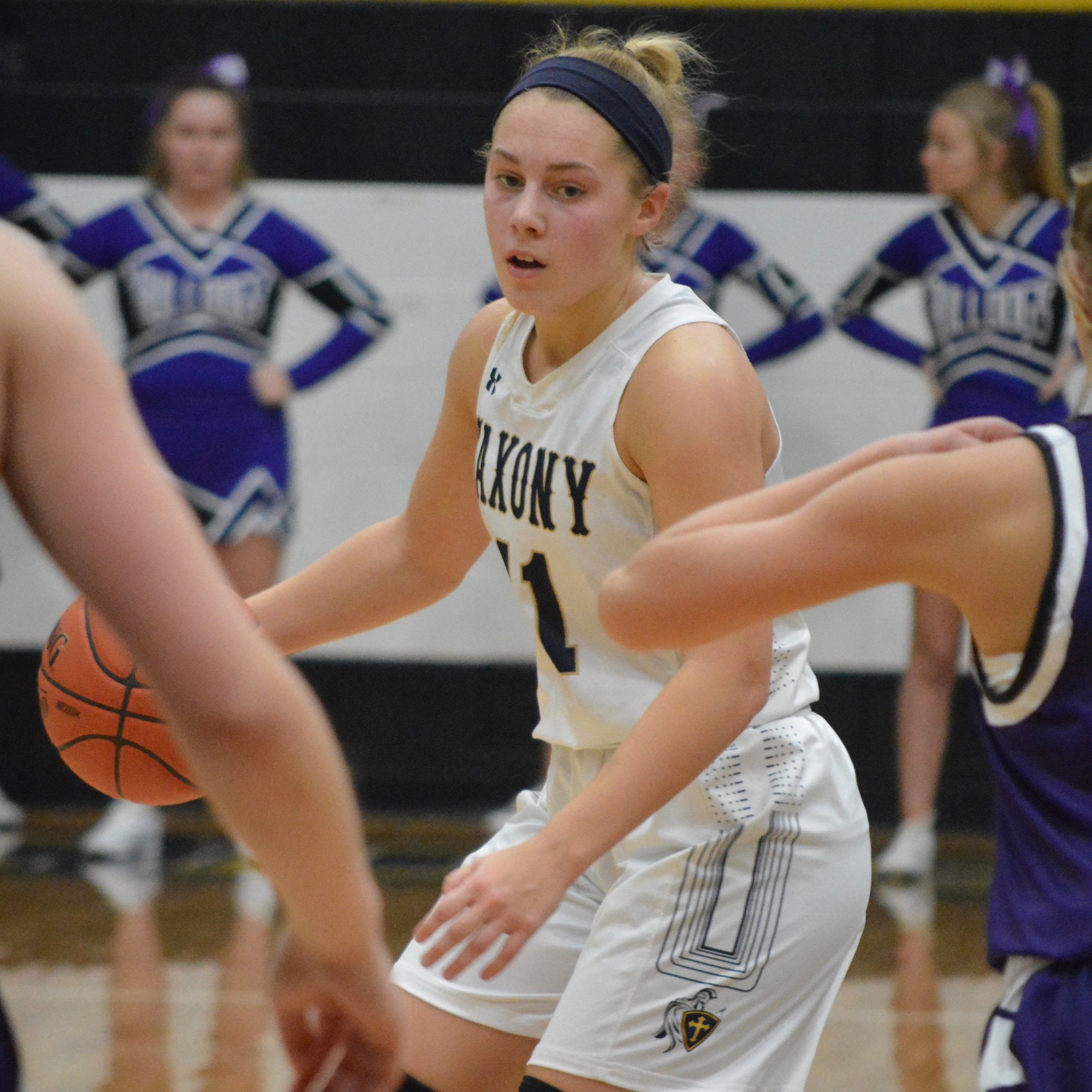 For the seventh season in a row, the Saxony Lutheran girls basketball program had a player named as one of the top in the state by being selected to the Class 3 All-State Team, which was senior Emma Brune.

Brune finishes her high school basketball career as a two-time all-state honoree since she was selected to the team last year as well. She also becomes the third Crusader in program history to earn all-state multiple times.

“If anybody watched Emma play, [they could tell] she could play for any Class school — Class 4 or 5,” Saxony head coach Sam Sides said. “I don’t think there’s any question that she was one of the better players in the state, so it was well deserved.”

The first two players for Saxony to earn all-state more than once were former Crusaders Brianna Mueller and Raegan Wieser, who each graduated in 2016 and recently finished their collegiate careers as multiple time NAIA Division-I All-Americans. Mueller played for Lindenwood-Belleville, while Wieser spent the last four years at Columbia.

“All three of them put the time in,” Sides said. “They’re in the gym, they’re on the playground — they’re working to get better all the time. Even during this closure here, I’ve been coming to school, and I see Emma out there working on her soccer skills by herself on the field.”

Instead of playing college basketball like Mueller and Wieser, Brune will continue her athletic career as a member of the Southeast Missouri State soccer team. Brune is the only three-time player of the year in Missouri high school girls soccer history.

Saxony was able to win a district championship for the eighth-consecutive year in Class 3 District 2 this season. Two other players from C3D2 besides Brune earned all-state as well in Arcadia Valley junior Gracee Smith and West County junior Dori McRaven.

“There are 16 districts in the state, and [the MBCA] selects 20 people from those districts,” Coach Sides said. “This year we had three people from our district, which is unusual unless you’re a state champion or something. That doesn’t happen very often.”

The Crusaders were one win away from reaching the Class 3 Final Four this season, but they fell to Licking 52-46 in the quarterfinals. The Wildcats went on and advanced to the state title game, where they fell to now five-time reigning state champions Strafford 65-62.

In the MBCA’s final state rankings, the association selected Saxony as the No. 9 team in Class 3. The Crusaders (18-12) were the only team in the Class with double-digit losses.

On top of earning all-state in her final season at Saxony, Brune earned all-district for the fourth time and was also named to the SEMO All-Conference Team for the second year in a row. Fellow senior Olivia Spanley was named all-conference and all-district with Brune.

“One unique thing you notice about Emma is on 50-50 balls, she’ll go up and tip it away and then run and get it,” Coach Sides said. “I don’t see anybody else do that. She just has a great nose for the ball and anticipates well. Every good ball stealer sees what’s coming before it happens.”

Brune managed to produce 20 points or more in 21 contests this winter to break her previous mark of doing so in 15 games as a junior. One way Brune elevated her abilities as a scorer was adding the pull-up jumper to her arsenal, which is a shot Brune has been developing throughout her high school career.

“That’s just something she did on her own — it makes her that much harder to guard,” Coach Sides said. “I’ve coached girls basketball for a long time now, and that’s something you don’t see a lot of girls being able to do is shoot off the dribble. The ability and strength it takes [to do that] and be consistent with it is rare.”

Brune is the record holder in 14 categories for Saxony including finishing as the program’s all-time leader in points (1,902) and steals (293). Brune also owns the single-game scoring record (35) and had a total of three 30-point performances this season.

“There were a few times where the game was already in our control or she could’ve scored 40 or 50 points a couple of times if that’s what our goal was,” Coach Sides said. “She’s an unselfish player, but she’s also going to do what she thinks needs to be done for the team. She’d do whatever I asked her to do.”