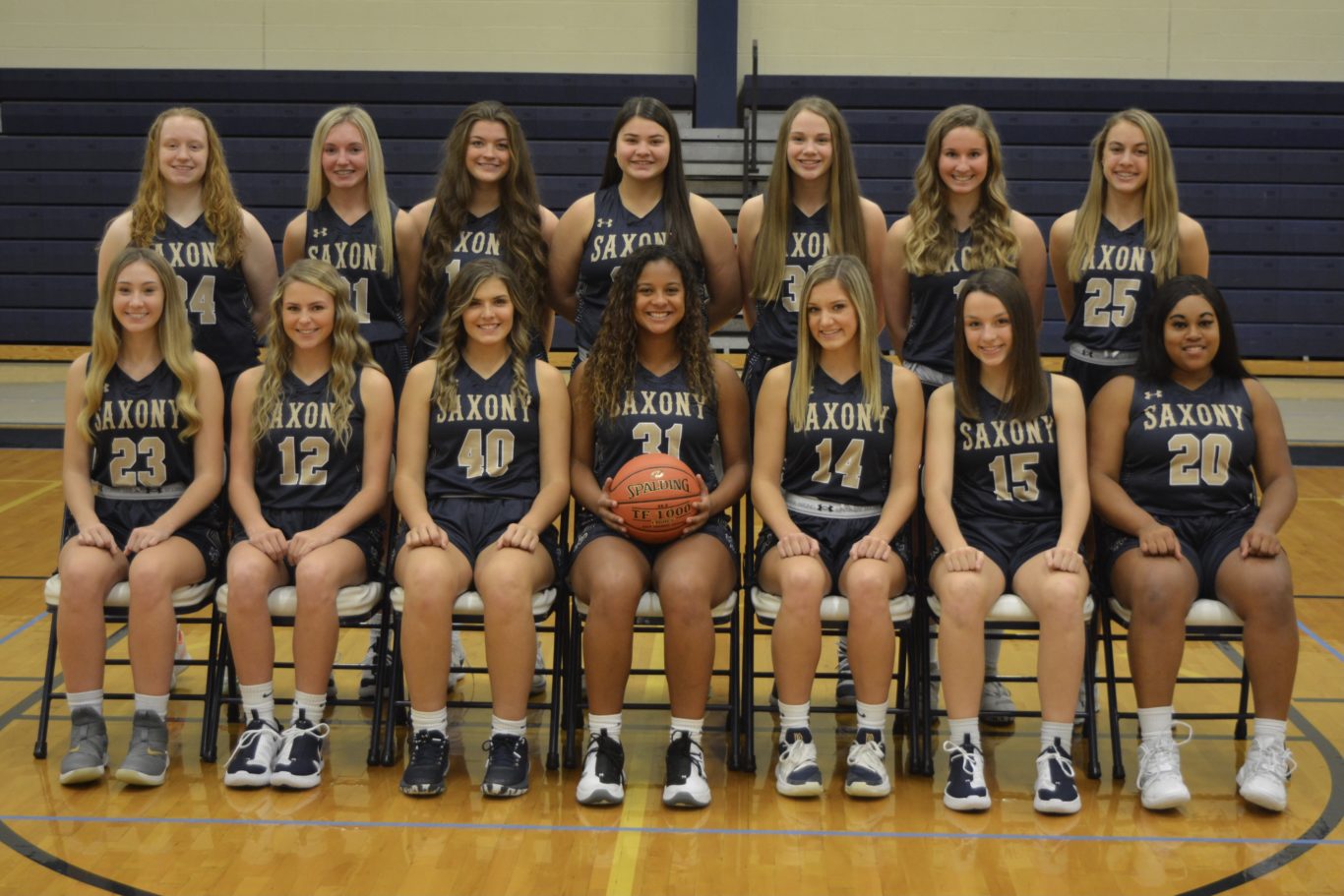 For the past eight seasons, the Saxony Lutheran girls basketball team has been a powerhouse in Class 3 by winning eight district championships in a row and making the state final four twice.

The Crusaders did so with former players like the program’s all-time leading scorer Emma Brune (2020 graduate), Brianna Mueller (2016 graduate) and several other all-state selections with Sam Sides at the helm.

Now Saxony is without all of those players including Sides, who retired following last season but is still the school’s athletic director. Taking over for Sides is Lance Tollison, who was retired himself last school year after coaching at Cape Central for two seasons.

Tollison was also New Madrid County Central’s head coach for three years in the mid 2000s while serving as athletic director at both schools during his two stints. All Tollison has to worry about now, though, is coaching the Crusaders.

“It’s just kind of figuring out what I want, and they’re starting to buy in,” Coach Tollison said. “I didn’t think that was going to be a problem in the first place. It just takes a little bit of time when you’ve been in a system so long to change to something a little bit different. They’ve all adapted very well.”

Tollison is a more zone-oriented coach when it comes to defense, while he wants his players to attack the basket and score in the paint offensively. Even though currently there isn’t a player on the varsity listed at 5-foot-10 or taller, Coach Tollison has faith his team can have success down low.

“Nowadays, everybody is focused on, ‘Shoot the three, shoot the three,’ and I know there’s not somebody 6-2 that we have down in the post, but I do want to create some things down there to get stuff started that way,” Tollison said. “Obviously still you want to kick it out and shoot an open shot, but the other thing is to convince all five of the girls on the court that they’re scorers. … If we can get into a consistent scoring approach, then we can function.”

“[These seniors] are hard workers, and they’re more physical than I thought they would be as far as aggressiveness,” Coach Tollison said. “Maddox has really matured physically, and she’s gotten stronger over the summer. Sydney was always strong, and I always liked watching Alice play. [Hogendobler] is really aggressive and is a go-getter down on the floor. Those are the girls I want, and those are the girls we need.”

Not only will Murphy be in the starting lineup this year as the Crusaders point guard, but she returns as the team’s leading scorer after averaging 6.8 points per game along with making 32 3-pointers. Murphy also shot 82% at the free-throw line along with averaging 1.4 steals per game.

During the offseason, Murphy received three offers to play basketball collegiately in Columbia College, Culver-Stockton  College and Webster University. Murphy verbally committed to Columbia back in August, which is where former all-state Crusader Raegan Wieser (2016 graduate) played basketball at the last four seasons.

“Maddox has put in a lot of work [heading into this season], and I’m really expecting big things out of her,” Coach Tollison said. “She knows that, and she’s really working to be that leader and a vocal leader. Getting the offense set is going to fall on her and a lot of cases it will fall on Sydney, too. They can score, but nobody has ever had to.”

Leading Saxony in scoring last year of course was Brune, who produced a team-high 22.6 points per game while also finishing first in steals (3.6) and second in rebounds (4.8).

Brune was recruited by several schools like Southeast Missouri State to play college basketball, but she decided to play soccer for the Redhawks instead. With Saxony soccer, Brune became the only girl in Missouri history to be named the MSHSSCA Player of the Year three times and didn’t have the chance to win it a fourth time due to the coronavirus pandemic canceling her final season last spring.

Coach Tollison said it’s unlikely he will be able to have that type of production from one player this season, so he is hoping all five players he has out on the court can be scoring threats.

Averaging at least six points per game along with Murphy last season was Hogendobler at 6.4, who is also quite the threat from beyond the arc. Not only did Hogendobler hit a team-high 34 treys in 2019-20, but she tied the program’s single-game, 3-point record with six threes against Jackson on Feb. 17.

Turner finished as the Crusaders fifth-leader in 3-point makes at 17 while averaging 3.6 points, 2.6 rebounds, 2.0 assists and 1.3 steals last winter. Coach Tollison said he has given these three seniors “the green light” to shoot from anywhere on the floor.

“If they’re open,” Tollison stressed. “In our offensive set, you don’t like for [a 3-pointer] to be the first shot down the floor, but at the same time once you move around — they’ve got a green light. Those three have to score.”

In Tollison’s motion system, there won’t be a true post player on offense, but when Saxony is on defense Hogendobler will be tasked with guarding the opposing team’s center. Two other players who will also see time in the paint will be junior forward Emma Voelker (5-9) and sophomore post Kennedy Biri (5-8).

Voelker was only able to play in 11 games last season due to an injury, but when she was on the court for the Crusaders she produced an average of 3.2 points and 2.5 rebounds per game. In one of her last outings, Voelker finished second behind Brune in points with 13 and hit three shots from beyond the arc in Saxony’s 63-32 win over Woodland in the Holiday Classic.

For these players to have success in the post since they can’t rely solely on their height, Coach Tollison has them focused on being physical and positioning well all while not being intimidated.

Along with Biri, other sophomores for Saxony who will have bigger roles this season include guards Abagayle Britton (5-foot-8) and Anna Mueller (5-foot-6). Coach Tollison described Britton as a very athletic player that doesn’t possess an off switch when it comes to pressing teams.

There are a total of 25 players when you combine both the varsity and junior varsity rosters as this year’s freshman class has 13 players in it with two of them being listed on varsity. These first-year Crusaders are forward Maci Hollis and post player Paige Seibel, who both stand at 5-foot-9.

“There’s several [freshman] that really work hard and there’s some talent,” Tollison said. “Maci Hollis and Kylie Peters are two workaholics that didn’t miss a beat this summer. I could go down the line on all of them because they really have great potential.”

Being able to have five-on-five scrimmages that are varsity versus varsity and J.V. versus J.V. is what Coach Tollison enjoys the most about having so many players in the program this season. With a majority of his players having little varsity experience, Tollison wants his players to experience that “game feel” as much as possible before the season tips off.

“They struggle sometimes with the game feel, and that’s what I call the full-court experience,” Coach Tollison said. “I’ve always had the philosophy of getting up and down the floor as much as we can in practice with scrimmaging. This allows me with these number of kids to work them in shifts. You can really mix and match your kids and see them in different settings.

“… [By going up and down the floor continually in practice], you can see the relaxing of them that they’ve gotten the feel of it. They know how quickly to get in the offense and defense, and they know what to do when I change it up.”