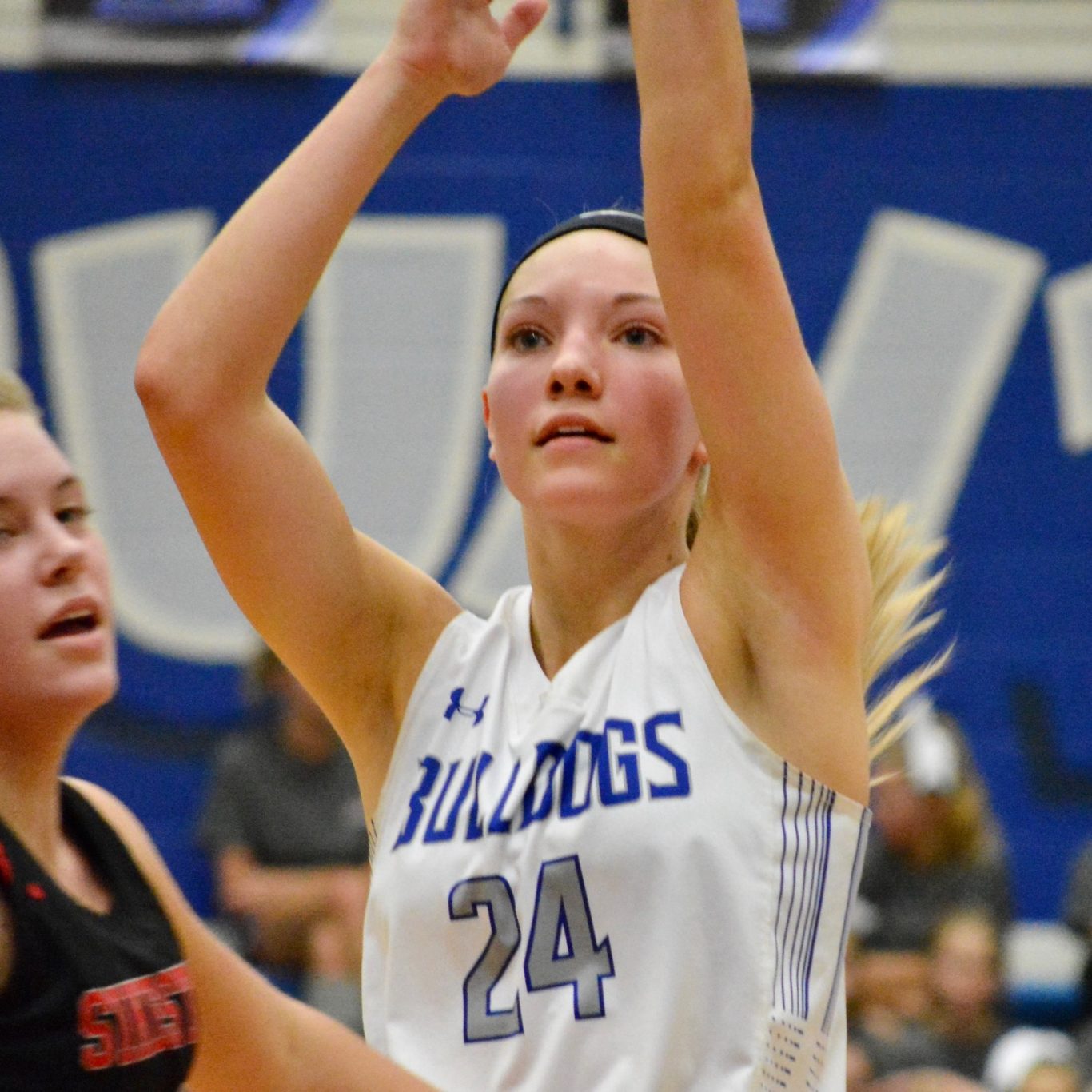 The last time the Cape Notre Dame girls basketball team suffered a defeat was last decade when the Bulldogs fell to Ozark 47-35 in the final round of the Border Challenge in early December of last year.

Since then, Notre Dame has won 12 games in a row and currently hold a record of 17-2 overall while being undefeated in SEMO Conference regular-season play at 5-0.

The Bulldogs took two steps closer to claiming the regular-season conference championship last week with a 58-29 win over Cape Central on Tuesday, followed by another win over Saxony Lutheran at 73-58 Thursday.

The 58 points the Crusaders put up on Notre Dame was the second most the Bulldogs have allowed all season, with the most being in their first loss of the season to Earle at 59-52 in the Border Challenge.

However, Notre Dame was only two points away from reaching its season-high scoring total of 75 as the team had a total of four player reach double digits against Saxony. The Bulldogs also hit a total of eight 3-pointers in the contest as sophomores Lexi Rubel and Leah Jansen each hit two apiece.

Rubel led all scorers with a game-high 18 points and scored eight of them in the first quarter when Notre Dame took a 24-11 over Saxony. Rubel also hauled in 14 rebounds for another double double on the year.

Joining Rubel in the double-digit scoring column for the Bulldogs were seniors Emily Kellum (13) and Riley Burger (11) along with Jansen (11).

Kellum hit one of Notre Dame’s shots from beyond the arc as did fellow starter in freshman Tori Rubel, while juniors Allie Burnett and Delaney Dohogne did so as well off the bench. Burnett and Dohogne combined for a total of 15 points.

The Crusaders only finished with two players at 10 points or more as senior Emma Brune finished with a team-high 17, while junior Alice Hogendobler scored a game-high 16 off the bench. Hogendobler has been recovering from a back injury she suffered in early January.

Brune led the game in assists with seven and also collected six rebounds as Spanley tied her for the team high in boards with six of her own.