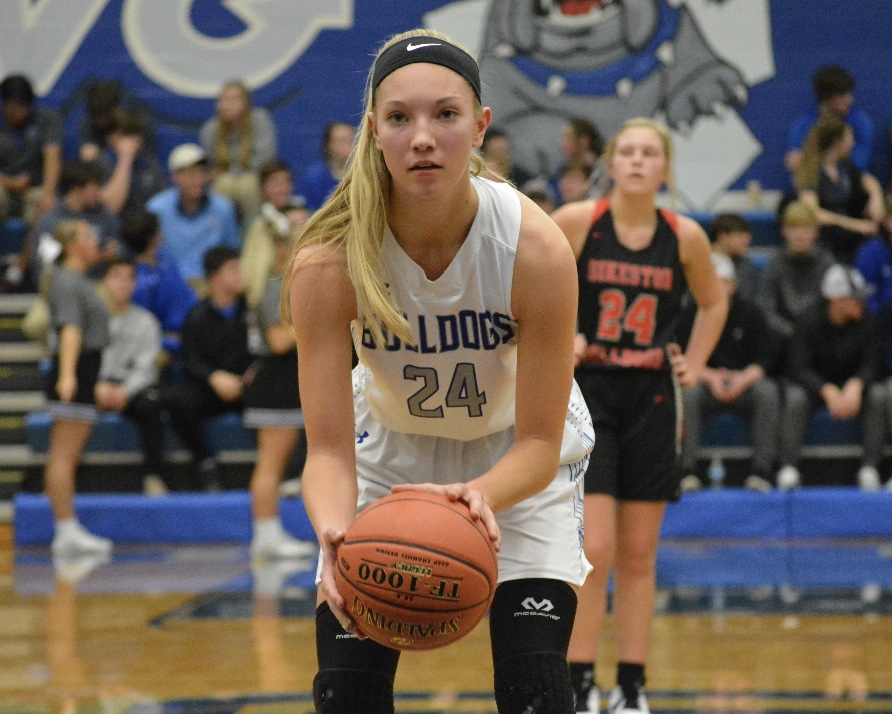 The Cape Notre Dame girls basketball team officially made history this weekend as the Bulldogs were able to pull off a 20-point victory in the quarterfinals to reach the Class 4 Final Four for the first time since 2010.

However, no Class 4 or 5 team will be able to play for a state championship this season as the Missouri State High School Activities Association announced on Monday the Show-Me Showdown was canceled. This was due to the concern regarding the spread of COVID-19.

“We came out in the second half, and Lexi looked at Tori, and Tori looked at Riley [Burger] — it went through the team that, ‘We need to wake up,’” Bulldogs head coach Kirk Boeller said. “When Lexi started getting aggressive and started driving to the basket, that just kind of trickled down. Tori was doing the same thing — getting to the basket and getting layups.

“Riley was a beast on defense. Leah and Tori were beasts on defense. Delaney [Dohogne] came in and did what she normally does — comes in and just changes the game.”

Tori paced Lexi with 11 points of her own and led Notre Dame with seven after the first half. Tori hit a team-high two 3-pointers, while Lexi, junior Allie Burnett and sophomore Leah Jansen each hit a shot from beyond the arc as well.

The Bulldogs defense combined for a total of 15 steals as junior Delaney Dohogne finished with a game-high seven while coming off the bench. She also scored four points and had two assists.

Only one player for Rockwood Summit was able to score in double digits as Falcons senior Jasmine Manuel, who will play collegiately at Tuskegee University, had 14 points.

Notre Dame recorded a total of 27 rebounds as senior Emily Kellum tied Lexi Rubel for a team-high six boards, while fellow senior Riley Burger paced them with five. Burger also had the Bulldogs only blocked shot.

In Lexi’s final performance of her sophomore campaign, she scored nine of her 17 points in the fourth quarter off free throws alone.

“I’m lucky that I get to coach somebody like [Lexi] because she makes everybody around her so much better,” Boeller said. “She can handle the ball, and she can score. What I like the most about her game is every time she has the ball, she gets the best shot whether it’s from her or to a teammate that’s more open than she is.”

This is the seventh time in program history the Bulldogs have finished in the Class 4 Final Four, but they will be unable to play for a title.

“I’m sick for them because they reached their goal for the year, but they’re not going to be able to go do what they wanted to do,” Boeller said. “Paul [Unterreiner] and I were able to get the two teams and the cheerleaders into the chapel at school and talk to them. Nothing is taken away from what we did — we may not be playing, but in the history books here at school we’re a final four team.”