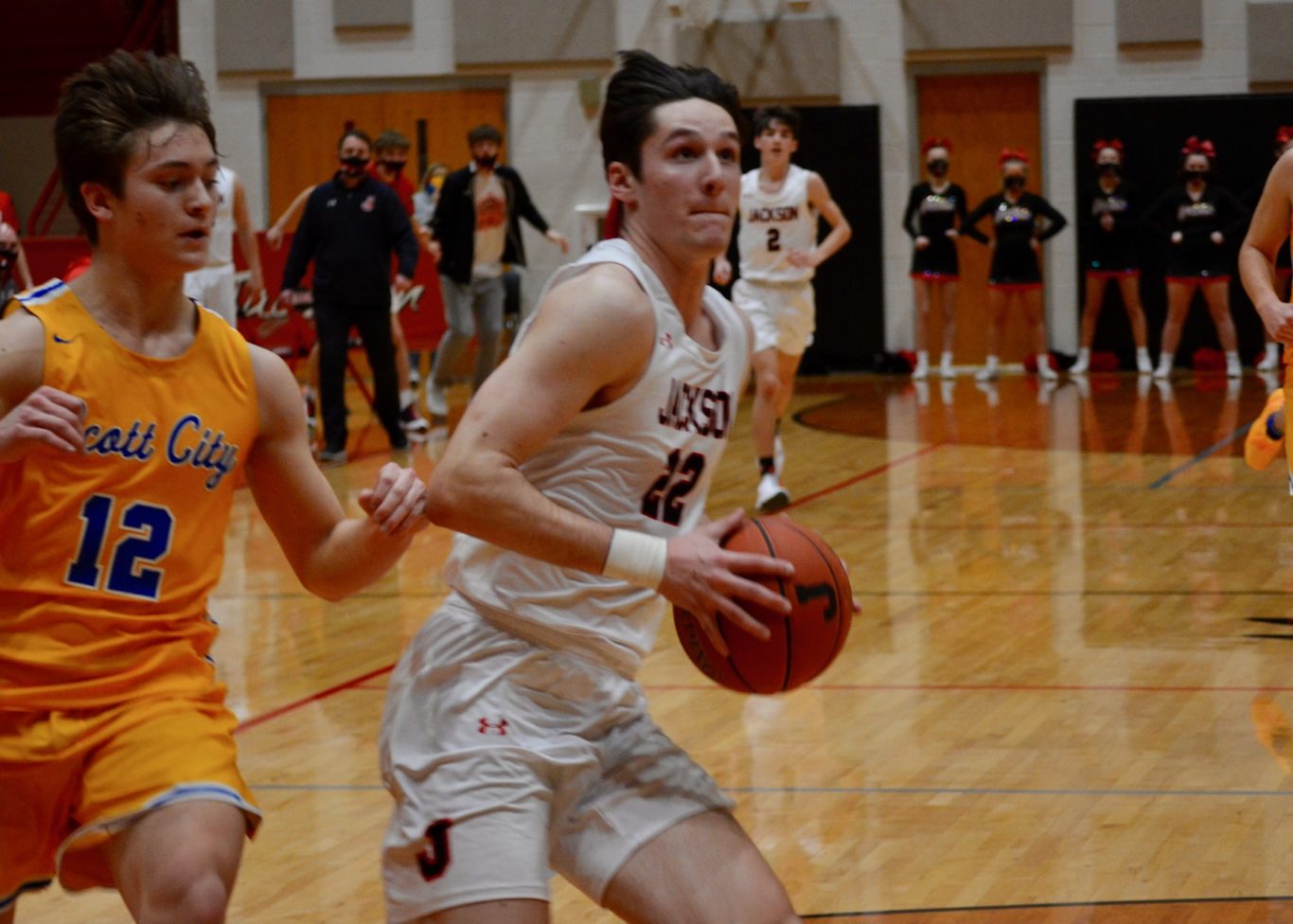 The Indians (10-9, 2-3 SEMO) did so in a back and forth affair that consisted of 11 lead changes until Jackson ended the game on a 7-0 run propelled by junior Quinn Scott in the final two minutes of the fourth quarter.

Scott gave the Indians a 50-49 lead with his third and final 3-pointer of the game with one minute, 30 seconds left in the contest. He was then sent to the free-throw line and made both attempts with 26 seconds left to give Jackson a 3-point advantage.

Freshman Blayne Harris lastly made both of his free throws as well for the Indians to hold on and defeat the Bulldogs (14-5, 4-2 SEMO) 54-49. Jackson made all but one of its eight attempts from the charity stripe in the final eight minutes.

Making three of his four free-throw attempts in the fourth was senior Luke Mirly, who finished with five points in the game and is in the starting lineup after junior Elliot Cowell suffered an injury against Cape Central Jan. 12.

Scott finished as the Indians second-leading scorer with 11 points to pace fellow junior Nick Wasilewski, who managed to produce a team-high 18 points. Nearly half of Wasilewski’s points came from dunks as he finished with three against Notre Dame’s post led by senior Caleb LeGrand.

LeGrand, who recorded a few dunks of his own, was the only Bulldog to score double digits as he came up with a game-high 22 points. Pacing LeGrand in scoring was senior Nick Williams and junior Quin Hunter as they each finished with eight points.

One of the key differences offensively between Jackson and Notre Dame were 3-pointers as the Indians hit eight, while the Bulldogs only knocked down three. Scott led the game with three triples, while Harris and sophomore Kaed Windborne made two apiece.

Harris finished as his team’s third-leading scorer with eight points, while Windborne tied with junior Clayton Ernst for fourth as they had six. Ernst was in foul trouble late in the game, so he played sparingly throughout the second half.

Making threes for Notre Dame was Williams (two) and junior Drew Vandeven as the team’s leader in triples senior Hayden Jansen only scored two points. Against Saxony Lutheran on Jan. 22, Jansen broke Notre Dame’s single-game record for most threes made by hitting nine.

Jackson hopes to win a third-straight district title against the likes of Northwest, Poplar Bluff and Seckman. The Indians defeated the Mules 68-54 back on Jan. 19.