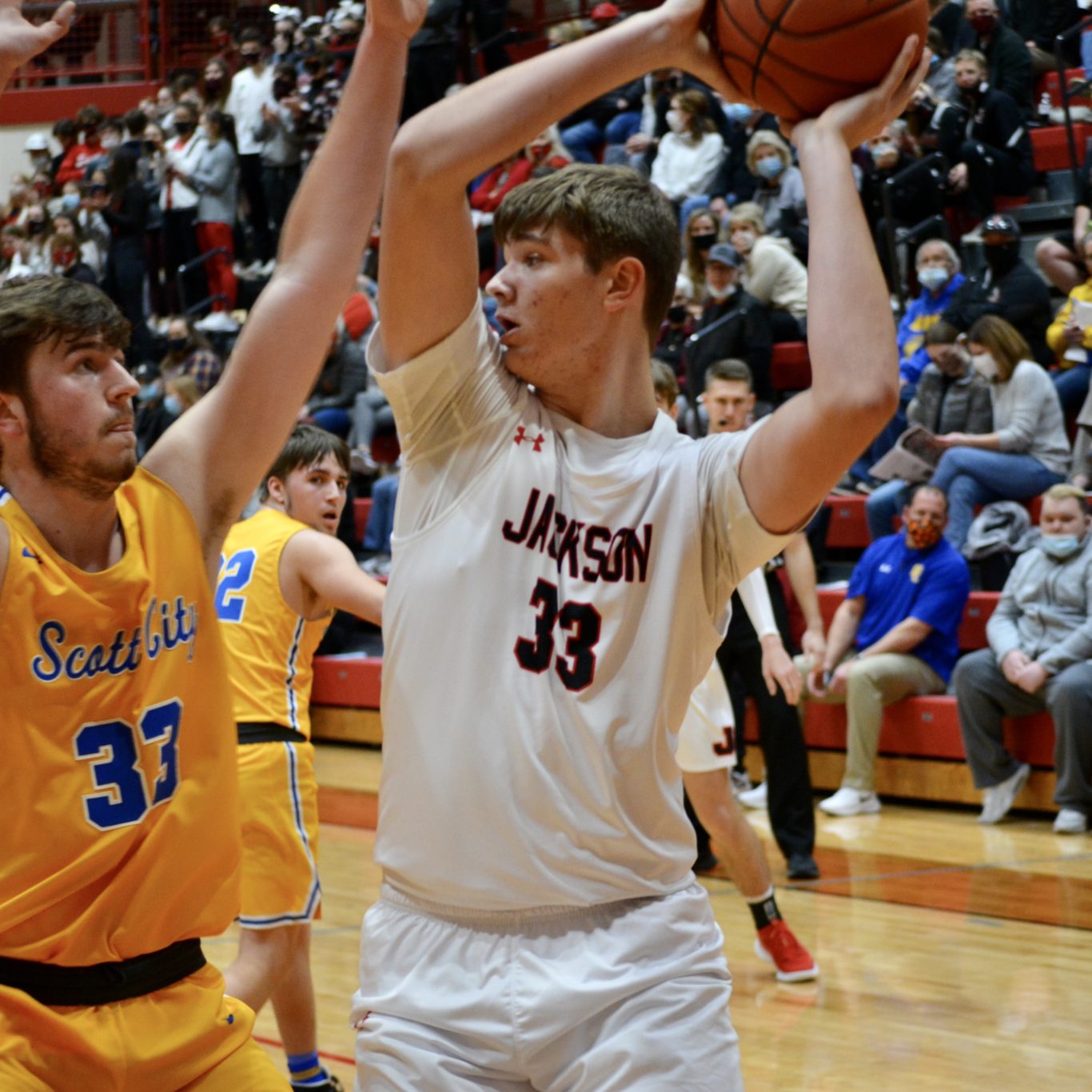 The Indians (9-8) did so at the Event Center by recording double-digit victories in each game with a 68-54 win over the Mules Jan. 19 and lastly defeated the Rams 60-47 Friday (Senior Night).

Coming up big for Jackson was none other than the team’s big man in 6-foot-8 sophomore Clayton Ernst, who recorded a combined 39 points in both games. Ernst first scored a game-high 21 points versus Poplar Bluff, followed by a team-high 18 against Scott City.

Finishing as the second-leading scorer for the Indians in both of those contests was 6-3 senior Luke Mirly as he registered 17 in his team’s conference matchup and then 10 on Senior Night. Freshman Blayne Harris (6-1) tied with Mirly for the second-most points against Scott City as the two combined for four 3-pointers with two apiece.

Jackson’s other senior Rhet Liley, who is 6-2, scored the first four points of the game versus Scott City. Scoring four more points than Liley for the Indians was 6-6 junior Nick Wasilewski, who also had two dunks in the contest along with multiple assists to Ernst in the post.

Fellow junior Quinn Scott (6-1) paced Wasilewski with seven points of his own as he went 4-for-4 at the free-throw line in the fourth quarter and sank a three in the first. Jackson 5-10 sophomore Kaed Windborne hit his team’s sixth trey off the bench.

Leading all scorers was Scott City 6-3 senior Camden Conner, who finished with two more points than Ernst with 20 of his own. Conner also managed to hit a game-high three 3-pointers, while most of his other points came from mid-range jump shots.

Outside of Jackson’s shooting from beyond the arc, the Indians key to their win over Scott City was Ernst’s ability to block shots. He finished with at least seven in the contest along with his rebounding and nearly uncontested shot attempts in the paint.

Next up for the Indians in conference play will be Notre Dame (13-4) at home Friday night. The Bulldogs are currently on a three-game winning streak with wins over Kennett, 71-35, Cape Central, 48-40, and Saxony Lutheran.

This game will also be the seventh annual canned food drive by the Jackson Tribal Council. One canned food item takes $1 off a single ticket price as everything donated will be donated to the Jackson food pantry.