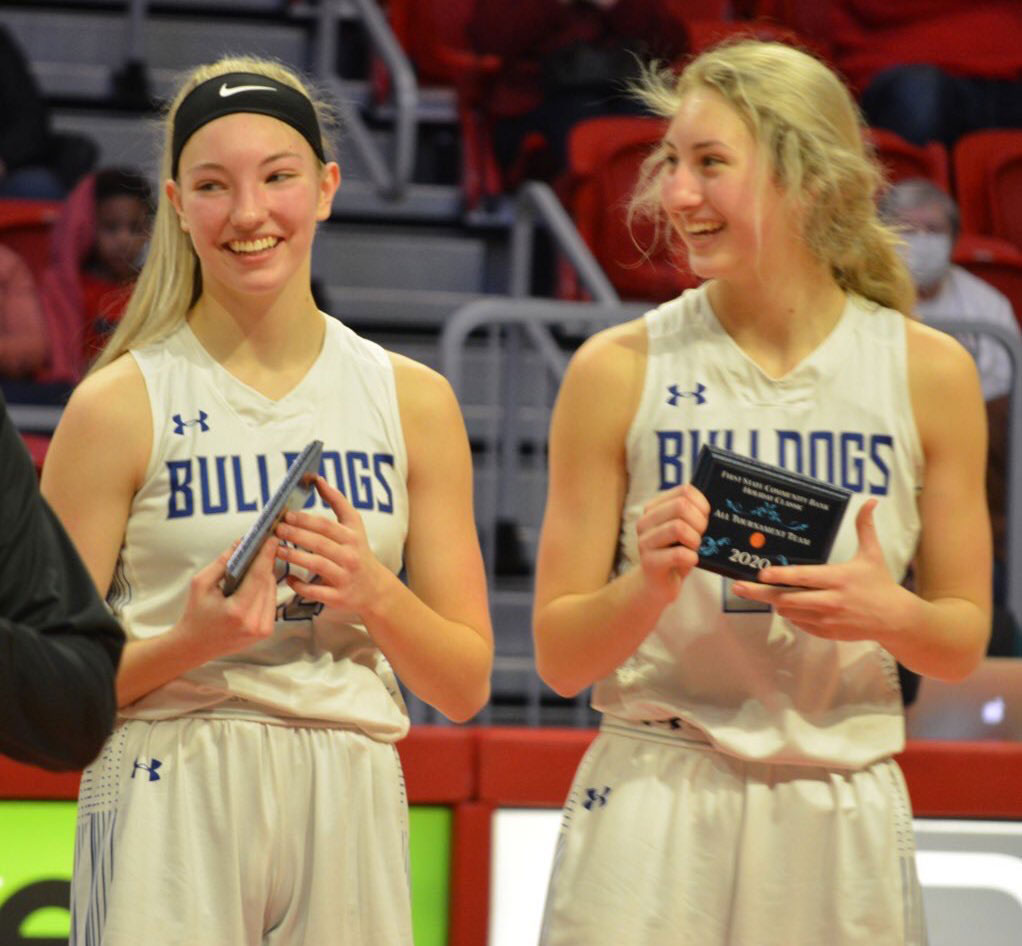 Now that the 2020-21 high school boys and girls basketball season in Missouri has concluded, postseason honors like SEMO All-Conference are being announced. Among the area teams in the SEMO Conference, 11 players from five different programs earned accolades.

Lexi Rubel became a three-time SEMO All-Conference selection with the nod as Lambert and Ward finished their high school careers as two-time honorees. This season was the first time Tori Rubel, McClellan and Edmonds earned all-conference.

Even though both teams had the same number of all-conference selections, Notre Dame separated itself during the season by defeating Jackson all three times the two teams faced off. The first time was for the SEMO Conference Tournament Championship, 46-33, and then the Holiday Classic title, 40-32.

The closest game was the regular-season contest when the Bulldogs outlasted the Indians 46-44 at Jerry Grim Court. However, Notre Dame had to face Jackson without all-conference and now two-time all-district selection Tori Rubel.

Tori Rubel missed five games in January due to a medical issue in a span where Notre Dame went 2-3 overall and 2-1 in conference play. The conference opponent the Bulldogs fell to when they were without Tori was New Madrid County Central (20-4, 7-1), 49-44, which was a team Notre Dame beat in the conference tournament semifinals, 50-38. Tori Rubel notched a career and game-high 22 points against the Eagles in the win.

When Tori Rubel made her return in February, the Bulldogs won eight games in a row (four conference) with the last six being decided by double digits. Notre Dame was the only team in The Cash-Book Journal’s coverage area to reach the quarterfinals, where the Bulldogs fell to Class 5 third-place finisher Union, 60-43.

As for Tori Rubel, she finished second behind Lexi in scoring and rebounds with averages of 8.8 points and 4.3 rebounds per game. Tori was the only player besides Lexi to record 20 or more points in a single game through 2020-21 as she was averaging a team-high 15.4 points along with 7.0 rebounds and 2.4 steals per contest after the first five games of the season.

Lexi Rubel recorded a total of eight 20-point games and produced double digits in 19 en route to becoming the 12th player in program history to score 1,000 career points. Tori Rubel is on pace to join Notre Dame’s 1,000-point club as well by the time her high school career is over.

Tori Rubel led Notre Dame in overall field-goal percentage (56%) as well as 3-point percentage (41.4%). She also made 63% of her two-point tries, which was only 0.1 percent behind senior Delaney Dohogne’s average of 63.1%.

Edmonds, who transferred to Notre Dame from Anna-Jonesboro this offseason, was named all-conference after playing with the Rubels and fellow junior Leah Jansen on their AAU team SEMO Sizzle last summer. Edmonds tied Lexi Rubel for most threes (29), while finishing second in assists (2.2 per game) and third in scoring (7.8) and rebounds (3.7).

McClellan, who also plays for SEMO Sizzle, finished as Jackson’s second-leading scorer behind Lambert with an average of 12.8 points per game. She led the Indians in 3-pointers made with 58, while shooting 40.6% from beyond the arc.

Jackson was able to win its fourth district championship in the last five years, but the team had to do so without McClellan as she suffered a head injury during the postseason. McClellan missed the Indians Class 6 Sectional loss to Cor Jesu, 53-38.

Lambert, who will play college basketball at Missouri Baptist, led Jackson in scoring (13.3 points per game), rebounds (5.4) and was second behind McClellan in triples with 45 (33.6%).

The final two SEMO All-Conference selections for girls teams in the area were Saxony Lutheran seniors Maddox Murphy and Sydney Turner, who were each named honorable mention. The Crusaders (10-16, 1-6) season came to an end by the hands of Notre Dame, 63-17, in the district semifinals.

The Notre Dame (20-7, 6-2) and Jackson boys basketball team (14-12, 3-4) combined for three all-conference selections. Seniors Caleb LeGrand and Hayden Jansen were tabbed all-conference for the Bulldogs as junior Nick Wasilewski was the lone selection for the Indians.

Not only was this the second and final time LeGrand earned all-conference, but he was also named the SEMO Conference Player of the Year after averaging 16 points, 6.7 rebounds and 4.1 blocks per game (all team highs). Jansen paced him with 15.3 points per game while leading Notre Dame in threes (91; 43.3%) and steals (2.2 per game).