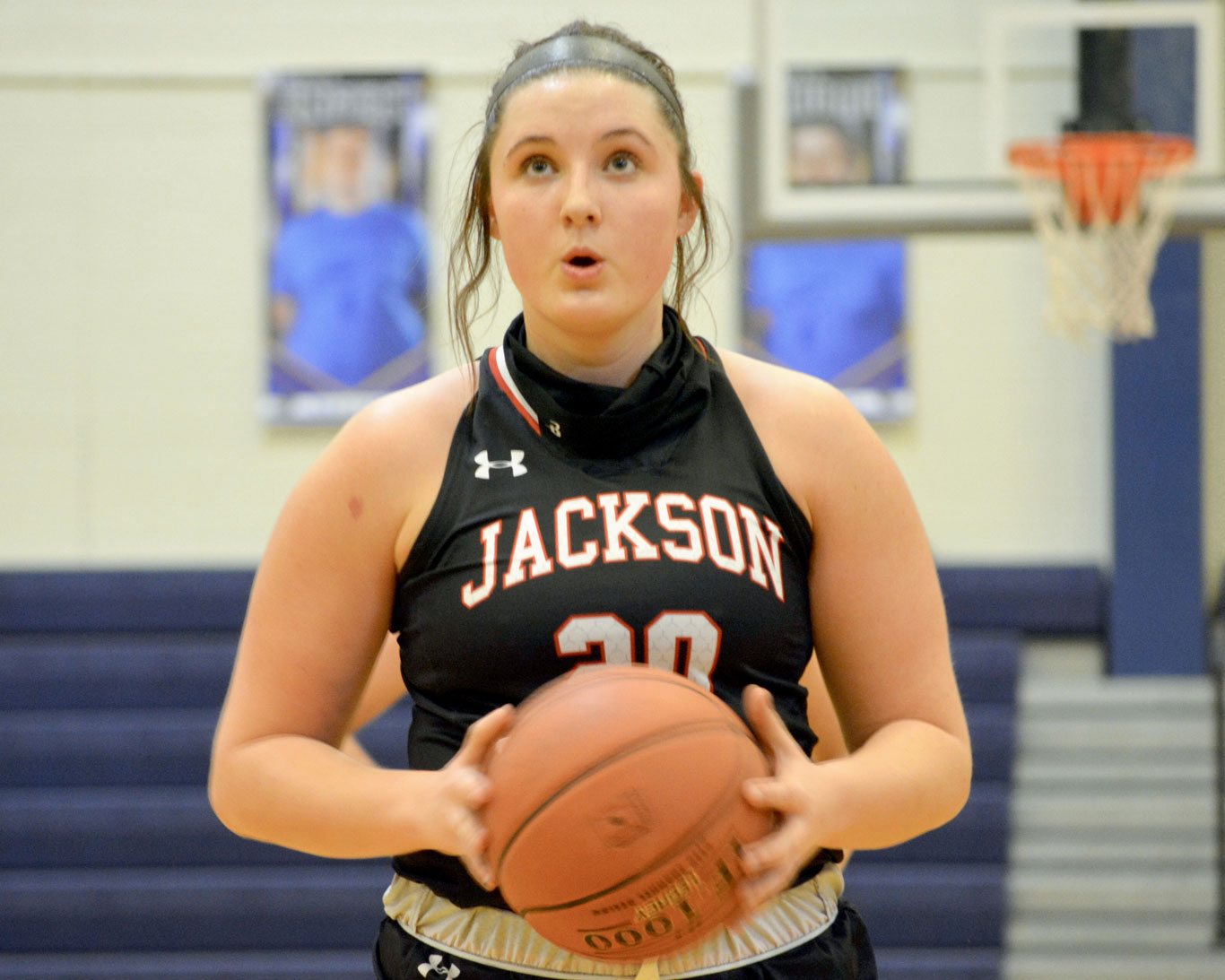 Jackson senior Madison Lambert was named all-district for the third and final time of her high school career. Photo by Jay Forness

The Jackson boys and girls basketball teams combined for a total of seven Class 6 District 1 All-District honorees after both teams were able to reach the district finals. The girls ended up with the most selections at four since they were able to win their respective district championship game, and the boys finished as district runner-ups.

Earning all-district for the Jackson girls was senior Madison Lambert, Olivia Ward, junior Jordyn “Jo” McClellan and sophomore Katie Waller. Lambert became a three-time all-district recipient with the selection, while this was the second time McClellan and Ward have earned the honor.

McClellan paced Lambert in points per game with an average of 12.8, while leading Jackson in threes (58) with a 3-point percentage of 40.6%. Ward was third in triples behind McClellan and Lambert with 28.

Being named all-district for Jackson’s boys team were juniors Nick Wasilewski, Clatyon Ernst and Quinn Scott. Wasilewski and Ernst both averaged double digits as Wasilewski led the way with 12.7 PPG and Ernst paced him with 10.7.

Both Ernst and Wasilewski tied for a team-high 7.5 RPG, but Wasilewski was able to record the most blocks (1.6 per game) and steals (1.1).