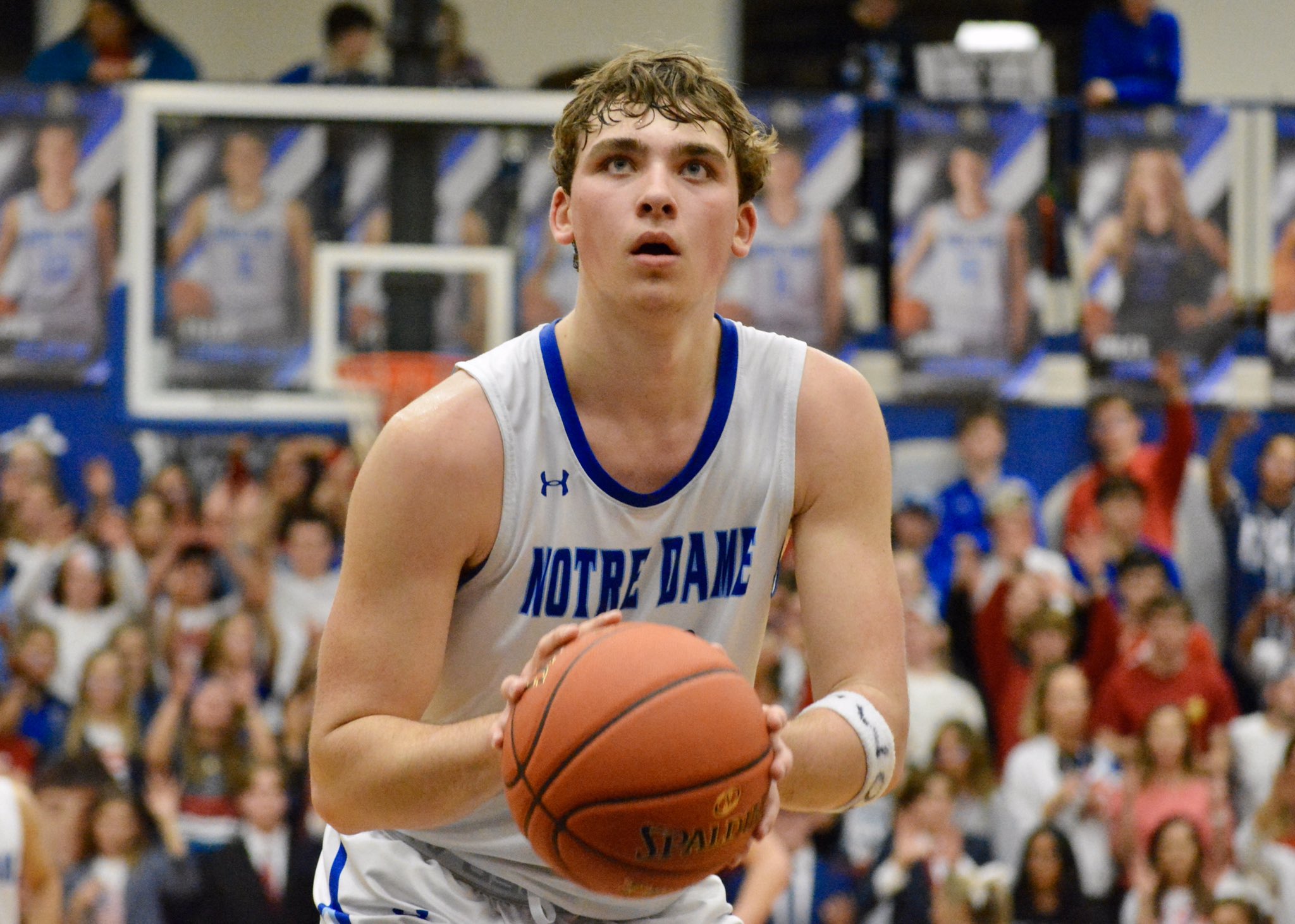 Thoma, who finished as a two-time SEMO All-Conference and Class 4 District 1 All-District honoree for the Bulldogs, decided to play at Three Rivers after a FaceTime session with then assistant coach Brian Bess.

It was announced on Saturday Bess is now the head coach of the program after his father, Gene Bess, announced his retirement following a legendary 50-year career with Three Rivers. Gene Bess is the all-time victories leader in college basketball history with 1,300, which is 143 more wins than the NCAA Division I leader Mike Krzyzewski of Duke.

“Three Rivers wasn’t one of my main options the whole year — it was later on,” Thoma said. “[My parents and I] FaceTimed with Brian Bess. He sold me on some things and believes I’m a late bloomer and wants to develop me into a D-I player. That’s what I’ve always wanted to do is play D-I.”

Another reason why Thoma chose Three Rivers was because Bess said he believes in him. Thoma’s now former head coach in Notre Dame’s Paul Unterreiner said the most important thing Thoma will need to work on in college is his confidence.

In his senior campaign with the Bulldogs, Thoma averaged 12.2 points, 5.4 rebounds and 2.6 assists en route to earning all-conference and all-district honors. Thoma also helped lead the program to the Class 4 Final Four for the first time in five seasons as the Bulldogs finished with a record of 26-4.

“[This year] was exactly what we hoped for it to be,” Thoma said. “We accomplished all of our goals that we could have as a team. It was definitely my best season at Notre Dame — it was a perfect season for us.”

Notre Dame was unable to play in the final four since the COVID-19 pandemic caused MSHSAA to cancel the Class 4 and 5 semifinals and finals. Thoma and the Bulldogs finished their season with a 59-53 win over Westminster Christian Academy.

Thoma was a two-year starter for Coach Unterreiner and garnered all-district and honorable mention all-conference accolades as a junior, where he averaged 11.1 points, 3.5 rebounds and 2.0 assists per game.

“Coach U has always pushed us to get better every year — he always has the confidence and belief that we can become whatever player we want to be,” Thoma said. “He was there for us first, and he’s a big part of who I am today as a player and as a person.”

Thoma said whenever he visited with Unterreiner that he would stop whatever he was doing to talk to him about anything, even scholastics. Prior to his speech class whenever he had to give a presentation, Thoma would give Unterreiner his speech to critique.

On the court at Three Rivers, Thoma wants to focus primarily on his ball handling ability since he will play more outside the perimeter as opposed to near the post like he did at Notre Dame. Thoma also wants to continue working on shooting like any basketball player.

Arguably the best part of Thoma’s game is his ability to score in the mid-range game with his pull-up jump shot. This is a shot Thoma has always focused on since it is also one of his grandfather’s favorite shots.

“That is definitely one of my favorite shots — I feel most comfortable [shooting mid range],” Thoma said. “For some reason, it’s always the shot I shoot. I practice that shot everyday with my grandfathers. I’m in a big coaching family, so they always help me with workouts and [my pull-up jumper] was always a main focus.”

Due to school being closed and there being a stay-at-home order because of coronavirus, Thoma has not been able to practice in the gym. However, Thoma said the plus side of being quarantined is he is able to think a lot more and train not only his physical attributes but also on the mental aspect of the game.

Thoma will be teammates with several former area players at Three Rivers, whom he said he has been playing basketball against his entire life. Returning Raiders for the 2020-21 season include  Cape Central’s Kinyon Hodges, Oran’s Jacob Shoemaker, Poplar Bluff’s Dominique Hardimon and finally Sikeston’s Kevin Jones.

“I can’t wait — that’s one of the most exciting parts about Three Rivers,” Thoma said. “They are all really goods guys, and I think we are going to all gel really well with all of us being from this area. We know how each one of us plays, and we’re going to figure out how to play with each other.”

In the last 50 years under Gene Bess, the Raiders have won 19 or more games in 43 seasons including winning two NJCAA National Championships (1979, 1992) with 17 tournament appearances and 23 Region XVI Championships (final in 2017). In the 27 seasons Brian Bess was an assistant for his father, Three Rivers recorded an overall record of 640-253.

Countless players from Three Rivers have gone on to play at the Division-I level including former Raider Latrell Sprewell, who was selected in the first round of the NBA Draft by the Golden State Warriors in 1992 after playing at Alabama. Sprewell was in the league for 13 years and played for the Warriors (1992-98), New York Knicks (1998-2003) and the Minnesota Timberwolves (2003-05).

Thoma hopes to develop into a Division-I talent over the next two seasons at Three Rivers, but at the same time he is just happy to continue the sport he has been playing since he was five years old.

“I feel very accomplished,” Thoma said. “A lot of weight lifted off my chest when I made this decision. It was very stressful because it’s what I’ve been working for the past four years.”