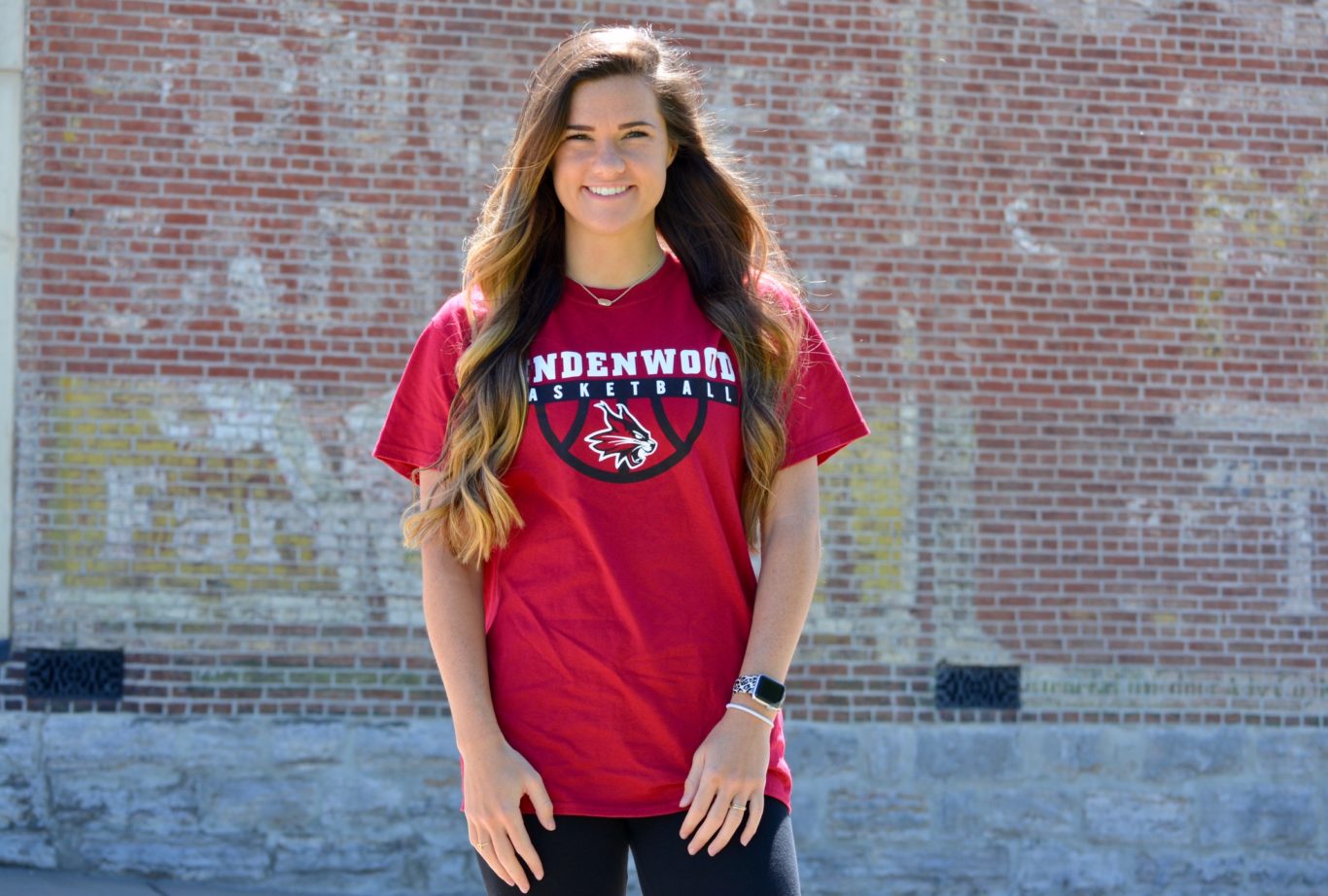 Lindenwood-Belleville shut down its campus for good following this school year, which means one name will forever remain at the top of the women’s basketball team’s all-time scoring list — Brianna Mueller.

Mueller, a former Saxony Lutheran Crusader, was able to have a full career with the Lynx before the school closed. On top of being Lindenwood’s all-time leading scorer with 2,343 points, she holds 16 other program records and was a four-time NAIA Division-I All-American selection.

This was following a high school career where Mueller led Saxony to two Class 3 Final Four appearances, four-straight district championships and was named all-state three times. She finished as the Crusaders all-time leading scorer with 1,819 points until Emma Brune was able to break that mark this year, finishing with 1,902.

“My mindset going into each season — especially in college — was that I wanted to be better than I was the season before,” Mueller said. “I always felt like I had something to prove, and I think it was more I had stuff to prove to myself than to anyone else.”

Mueller said she basically lived in the gym over the past four years during the summer to improve things like her mid-range game as well as working on attacking the basket. She said the summer is when players become better by perfecting their craft as well as developing new skills.

Even though Mueller and the Lynx were not able to advance to the NAIA Tournament this season like they had during her freshman and sophomore campaign, she still went out with a bang. Among every NAIA player in the nation this year, Mueller was the only one to score 40 points or more in a game twice and produced a career-high 43 to lead all scorers.

Mueller’s national-leading performance of 43 points came against Harris-Stowe on Feb. 18 in a game where she hit six 3-pointers, shot 60% from the field and went 13-of-14 at the free-throw line. Mueller also came down with six rebounds and dished out six assists in her team’s 80-59 win.

Mueller’s other 40-point performance was the month before in a 71-66 loss to William Baptist, where she produced 41 points (tied for fifth in the nation), knocked down five triples and made 14 of her 15 free-throw attempts. Mueller had one more top-20 scoring game as she put up 37 (17th) points against York in Lindenwood’s 65-59 win to open the season.

Overall, Mueller averaged a career-high 25.3 points per game along with 4.9 rebounds and 3.1 assists per contest this season. She shot 89.4% at the free-throw line (second leading percentage in the NAIA) after not missing an attempt in 12 games.

Mueller also finished with a single-season and program record 760 points in her final campaign to lead the nation as no other player in the NAIA even reached 700.

Mueller’s final contest of her basketball career was against fellow American Midwest Conference opponent, Columbia, which happened to have a familiar face on the roster. That would be Mueller’s former Saxony teammate in Raegan Wieser, who finished her career as a two-time NAIA All-American.

Wieser and the Cougars handed Mueller and the Lynx a 73-63 loss in the conference tournament as Mueller scored a game-high 24 points, while Wieser only scored one point but led all players in rebounds with 15. Mueller and Wieser played against each other a total of nine times in college as Lindenwood was only victorious once in those meetings, which was the first in a 68-63 win during their freshman season.

“We always wanted each other to succeed, and we always wanted the best for each other. We would text each other if we saw the other had a good game, ‘Hey, I saw you scored 30 points. You’re awesome! Keep it up.’ We maintained that all throughout college.”

This is the aspect of basketball Mueller is going to miss the most — the relationships she has made through the sport in both high school and college. The main reasons why Mueller decided to play at Lindenwood is because of head coach Jeff Reis.

“He was really the selling point to go there,” Mueller explained. “Something just clicked, and I was like, ‘I want to play for this guy.’ … Whenever I didn’t believe in myself or had a terrible game or shot 0-for-7 the last 10 games, he told me to keep shooting. He’s like, ‘I need you out there. I need you to play how I know you can play, and I know you can do it.’ I give him a lot of credit, and I’m going to miss playing for him a lot.”

On top of winning four-consecutive district championships, this group faced Strafford for the Class 3 State Championship their senior year and fell by only four points, 50-46. Strafford went on to win state four more times including capturing this year’s title.

However, Mueller and her teammates were able to win back-to-back Class 1 State Championships as members of Saxony’s soccer team in the spring during their final two seasons. Brune and Mirly both went on to play Division-I soccer at Troy.

“I can’t even put into words what those girls mean to me — we are still close to this day, and we are still best friends,” Mueller said. “To see those girls, who mean so much to me, go on and be so successful in college was awesome. Part of the reason we were so successful as a team in high school was because we truly were so close.

Even though he was no longer Mueller’s coach, she said Sides came and watched her play several times during her career at Lindenwood. Mueller also had a few chances to visit Sides whenever she watched her younger sister, Makayla, play for him the last four years.

Not only did Brianna and Makayla play for Sides, but their older sister Natalie Miller did as well. Brianna and Natalie even played together at Saxony during Mueller’s freshman year when Natalie was a senior, who later returned to the team as an assistant coach for the next three seasons.

Brianna and Natalie were able to make history in their lone season playing together as the Crusaders won their first district championship in program history. On top of continuing Saxony’s district title streak, Makayla was also able to break Brianna’s single-game assist record of eight with 10 of her own.

Some of Mueller’s most notable basketball memories made off the court include 20-hour bus rides to Billings, Montana, for the NAIA Tournament. In her sophomore year of college, Mueller spent her entire birthday (March 16) on the bus ride home after losing to MidAmerica Nazrene 82-72 in the first round of the tournament.

“That’s the tough thing about having a birthday in March is that it’s always do or die for basketball,” Mueller joked. “That’s how it was in high school, too. I was really happy or really sad because we just lost and I’m like, ‘Now my birthday’s ruined.’”

At Saxony, Mueller and her teammates would dance to “Eye of the Tiger” before every single game in the locker room, “like complete fools,” Mueller described. They also made a “Harlem Shake” video Mueller’s sophomore year while they were scouting a team in St. Louis and even posted it on YouTube.