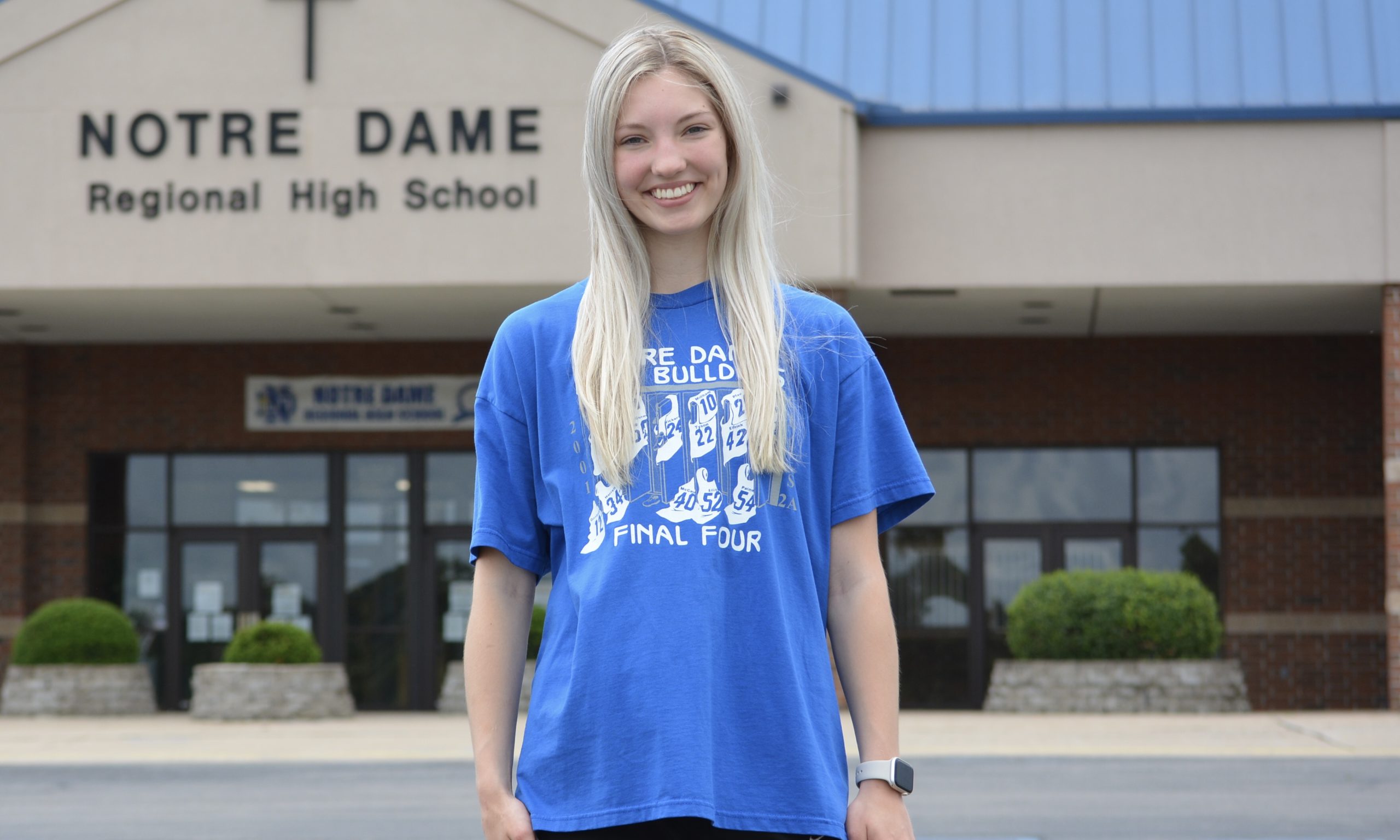 No athlete in history has been named The Cash-Book Journal Athlete of the Year more than once — until now. After being named last year’s CBJ Female Athlete of the Year, Notre Dame 2022 graduate Lexi Rubel has earned the title once again following a historic senior season in both basketball and volleyball.

As inarguably the best basketball player in Southeast Missouri, Rubel became the second Bulldog in Notre Dame history to earn all-state three times. Lexi was named all-state once again after helping the Bulldogs reach the state quarterfinals for the fourth year in a row, win a fourth-straight district championship, a third-straight SEMO Conference Tournament title (first team to ever do so) and the regular-season conference crown.

Rubel, who will now play college basketball at Ohio Valley Conference member UT Martin, was also named the district player of the year for the third season in a row and earned the title of SEMO Conference Player of the Year for the first time.

“I did leave a really good legacy — for a long time people will remember me and recognize me,” Lexi said. “It’s cool to see all of my accomplishments up in the weight room and in the record books. I want people to remember how fun I was to watch and how hard I always worked.”

The all-time rebound’s record Rubel broke was previously held for 54 years by Greg Flaker, who had 931 career boards and graduated from Notre Dame in 1968.

“I’m a perfectionist, so I never want to fail or do anything wrong — I want to be perfect at everything I do,” Rubel said. “Obviously that’s impossible, but it’s all about trying to become perfect. … I went into this season thinking, ‘I’m going to break records.’ Hopefully if I’m playing like that, then the rest will all work out.”

Statistically, Rubel averaged a double-double with 15.9 points and 10.3 rebounds per game. She also produced 4.9 assists and 3.3 steals each contest and made 52.1% of her field-goal attempts while going 42.2% from 3-point range.

“I go into every game having the mindset that I need to get the whole team going,” Lexi said. “Once my teammates see a couple of baskets go in, everybody relaxes. It’s easier for everybody to play if they need to play off of my energy.

“Even if there’s a game where I didn’t make many shots at all, we still pulled the games out because I could get the assist, rebound and do the little things so everybody else could step up and score.”

Another player that has been crucial for Notre Dame alongside Rubel the past three seasons was the second half of The Rubel Duo: Lexi’s younger sister and fellow future UT Martin Skyhawk senior Tori Rubel. Tori was the only other Bulldog to earn both first team all-conference and all-district honors with Lexi this past season.

Prior to that in the fall, Rubel helped lead the volleyball team win its first Class 3 District 1 Championship in six seasons. In her final season of high school volleyball, Lexi led Notre Dame in total blocks (75), hitting percentage (.409) and was second in kills (291) behind future Arkansas Little Rock Trojan and 2021 all-state selection Rylee McClintock, who recorded 376 kills.

“For volleyball, this was the closest groups of girls I’ve played with and a lot of us had been on varsity three or four years already,” Rubel said. “We knew what it felt like to lose the district championship in close games, so this year we really motivated ourselves. I feel like basketball really helps me in volleyball, too, because all the workouts I do help me elevate and become a better blocker and hitter.”

The advice Lexi would give to younger athletes to have success is, “It takes a really good work ethic and also have the mentality that you can do it. People need to strive to be as good as they can possibly be and the rest will come.”