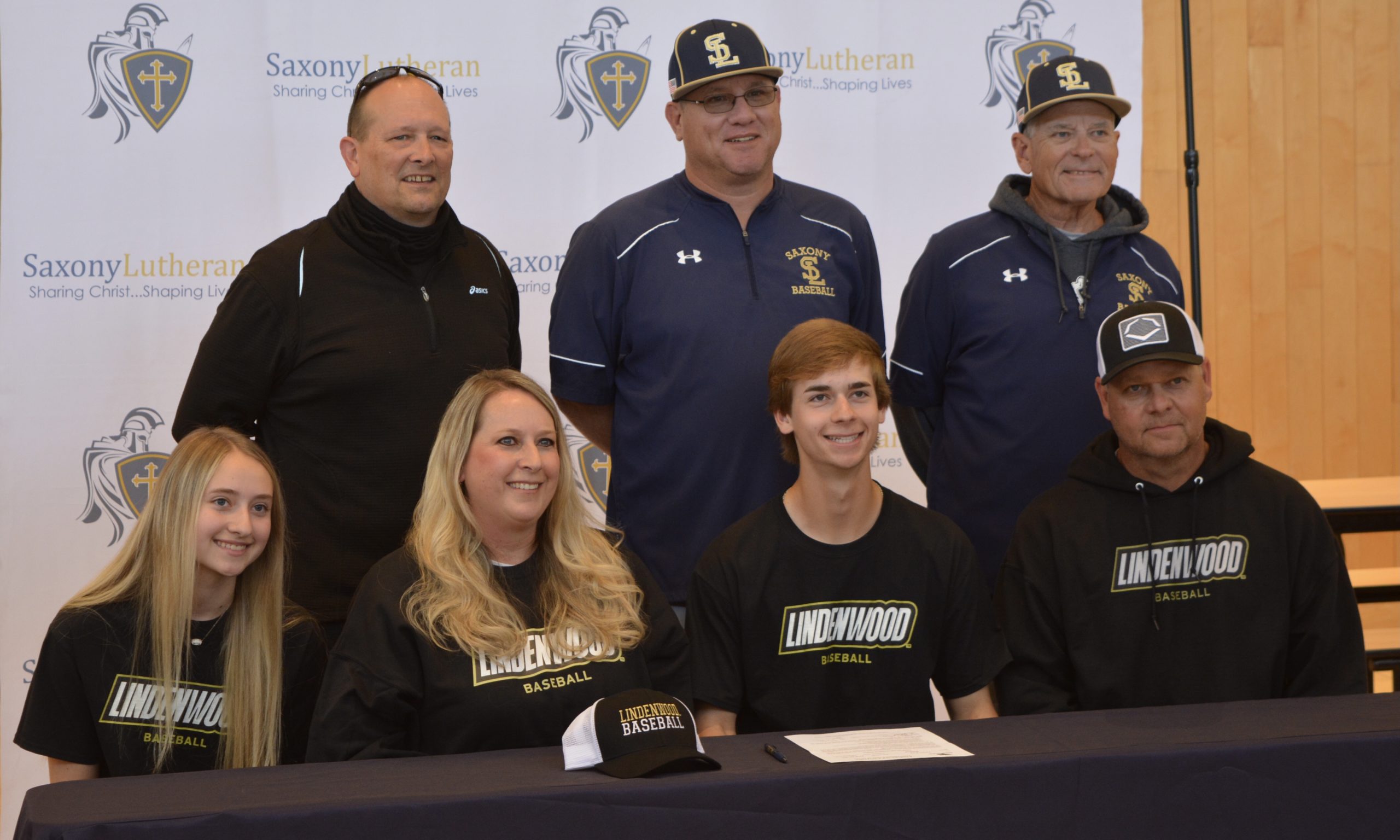 One of Saxony Lutheran baseball’s mainstays for the past four years has been senior Tanner King at shortstop, who has started in the Crusaders infield every single game of his high school career when he hasn’t gotten the nod to start on the mound.

King, who was named to the Class 3 All-State Team as a sophomore, said his top priority coming into Saxony was to help the baseball program any way he could no matter the role.

Not only did King help the Crusaders win their third-ever district championship during his all-state campaign in 2019, but he also helped the program reach the final four for the first time in school history that season.

“To start every game since my freshman year and to be able to play with these guys is truly a blessing,” King said. “Most people don’t ever get to experience [going to state] in high school sports. The big picture is being able to go out there and win with your team and do whatever you can to help them out.”

This will be the same mentality King takes to the college ranks when he suits up for Lindenwood, which he officially signed his national letter of intent with last week. There was no question if King was going to play college baseball or not since he fielded several offers, but he felt Lindenwood was the right choice for him due to a number of reasons.

Not only will King be joined by current Saxony ace pitcher Eli Brown at Lindenwood, but Tanner also had a familiar feeling when he met with the program’s head coach Doug Bletcher.

“Coach Bletcher reminds me so much of Coach [Paul] Sander,” King said. “It’s awesome to play for a coach like that, and I would not be here without Coach Sander, my dad and all the other coaches throughout my life.

“I’ve never had a coach in game that’s been like Sander. Not just on the field, but he’s such a great guy off the field. There’s a lot of hours here where I just get to talk to him about baseball and life. There’s not many like him, and I truly believe Coach Bletcher is as close as I’ll ever get to him.”

During King’s time at Saxony on top of winning a district title and placing third at state, the Crusaders have went 52-12 overall and are currently the No. 2 ranked team in Class 3 by the Missouri High School Baseball Coaches Association with a record of 13-1. The Lions have gone 38-6 the last two seasons and right now are ranked No. 10 in Division II by the National Collegiate Baseball Writers Association.

On top of liking the coaching staff at Lindenwood, King really enjoys the St. Louis area, where he won’t be too far away from home so his family can come on the weekends and watch him play. King will also thoroughly enjoy continuing to play with a familiar face such as Brown’s.

“To have someone you know at the school is awesome, but when you have a guy that you’ve played and have been good friends with — it’ll be awesome to have him there,” King said.

On the field, King knows catchers run the entire defense, but he describes shortstop as a position that must control the infield. King said in order to be successful at shortstop, one must be able to look at the whole field to see what’s going on, know his fellow infielder’s coverages and be aware of what’s going on at all times.

Offensively, Tanner has improved his batting average dramatically over his career as he hit .250 his freshman year, .342 after that and is currently batting a .417 through 14 games. King and every other high school baseball player missed the 2020 season due to the coronavirus pandemic, but he still managed to play around 35 with his legion team.

“Being young in my first year here, I was hitting in the bottom of the lineup, where you see a lot more fastballs,” King said. “When you’re moved up to the top, you have to be able to adjust to the pitching. You’re going to see more curveballs when you’re in the heart of the order.

“Really what it comes down to is just finding your pitch. You have to be able to know the zone and have good command of the zone — knowing what’s a ball, strike or curveball and should I swing at this? You have to know the little things, and that’s what makes you a good hitter.”

Outside of his batting averages, King has recorded 65 runs, 52 runs batted in and 48 hits with eight games left until postseason play this year.

Another statistic that King has improved over the years is his on base percentage, which is currently .685 compared to his percentages of .495 and .458 as a sophomore and freshman, respectively. One of the main reasons why King always finds himself as one of Saxony’s leaders to get on base is simply because of his approach at the plate.

“If they’re not going to give you a pitch to hit, take the walk,” King explained. “There’s nothing wrong with that because you’re getting on base and helping your team. A lot of guys go up there and think, ‘Oh, this ball is borderline. I’m going to swing at it and see what happens.’ You can’t do that.

“You have to be able to get on base because how do you score? Base runners. If you don’t have base runners, you’re not scoring. With base running traffic, you get pitchers rattled, and I’m just happy to help out and get on base however I can.”

King has been on base 37 times this year as only 10 of those plate appearances have come off hits. The other 27 times have either been via walk (13) or hit by pitch (14).

King’s father, Shawn, is the first base coach for Saxony, so whenever Tanner has been walked or hit by a pitch to reach first base, he’ll joke with him about it.

“I’ll just laugh and say, ‘That’s number 27,’ and it’s just an ongoing joke now,” King laughed. “When I started out the year with this happening, I was like, ‘It’s not going to keep up.’ The record is 31, and I always tell them it’s not a record I really want, but it’s one I’m going to get I guess.”

On the mound through his three seasons thus far, King has started 15 times with an overall record of 11-2 and a combined 118 strikeouts. Tanner currently has an earned run average of 0.98 through four starts.

One of the ways King has been able to improve his velocity as a pitcher as well as his base running speed is because of the time he spends in the weight room.