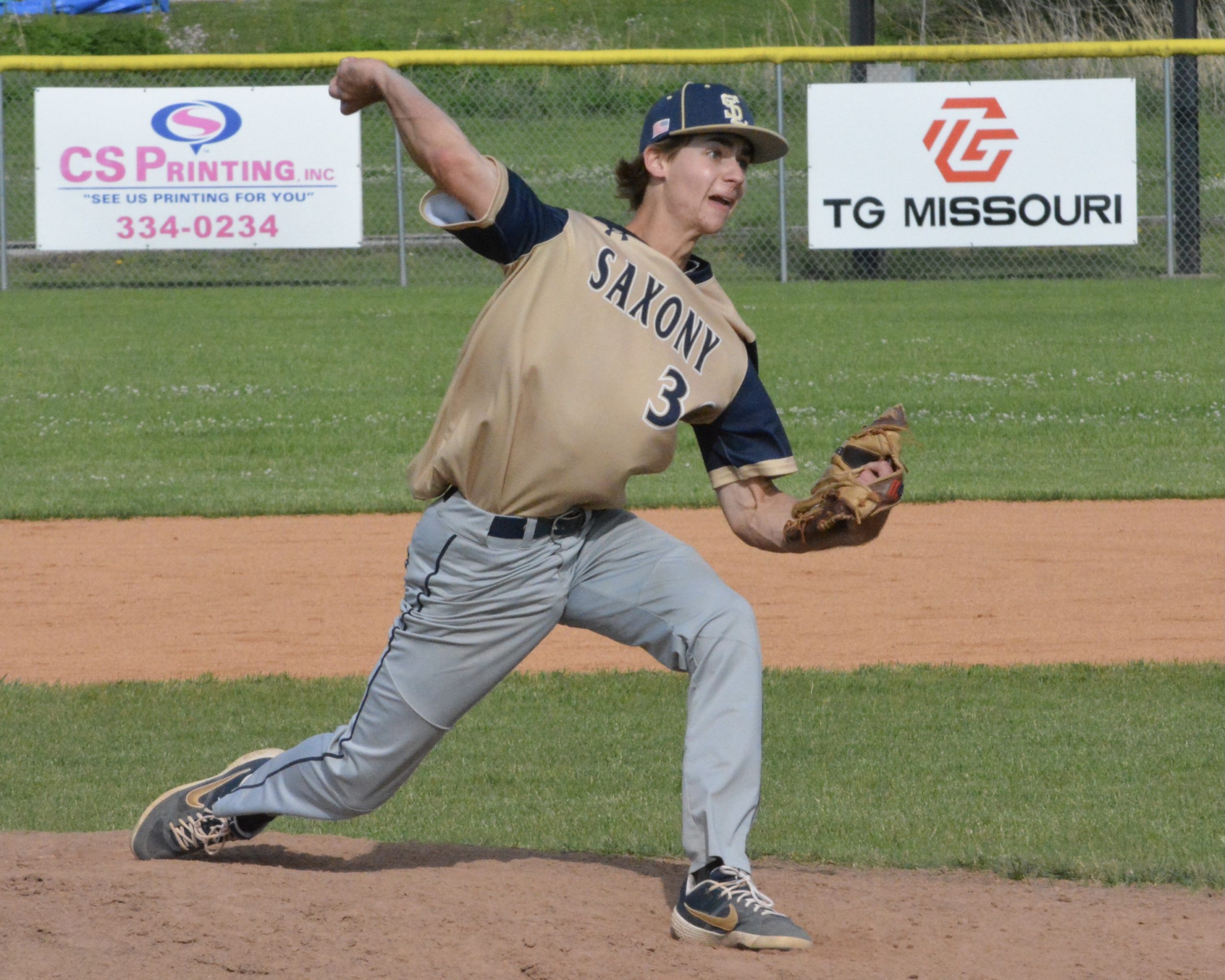 Last Thursday, the Saxony Lutheran baseball team attempted to win its second-straight district championship against Kelly at home. The Crusaders finished the regular season as the No. 1 ranked team by MHSBCA at 18-2 overall and had already beaten Kelly 6-1 on April 26.

However, it was a different story in the Class 3 District 2 title game as the No. 1 seeded Crusaders were upset by No. 2 Kelly, 4-2. Saxony had to use its ace pitcher senior Eli Brown against No. 4 Charleston in semifinals, which the Crusaders won 2-1 through nine innings.

“We’re 19-3 and the last three years with this pitching staff and team, we’re 45-7,” Saxony head coach Paul Sander said. “I don’t think we have anything to hang our heads about. We got beat by a better team today.

“We play them again tomorrow and it might be a different story, but today they were a little bit better. I’m really proud of what this group has done the last two seasons.”

Starting on the mound for Saxony was senior Tanner King, who only allowed four hits and one run off a homer through the first four innings. This allowed the Crusaders to take a 2-1 lead off a two-run single by junior Zach Lewis in the bottom of the fourth.

“We just told him to see the ball and hit it,” Coach Sander said. “[Bryce Morgan] has a great changeup and locates it well. [Lewis] has been hitting fourth, and I dropped him to sixth today because he’s been struggling. I wanted him to feel a little more comfortable down there in the order, and what does he do? Gets a big.”

Kelly was able to answer the very next inning, though, and scored three runs while having two outs. Hawks senior Bryce Morgan hit a two-run single, while junior Gavin Jansen scored off a pick attempt for Kelly’s fourth and final run.

“That’s the inning you have to shut them down, and they came back,” Coach Sander said. “The score should be 3-2 because we gave them one run, but I also would’ve hated to lose by one run on that play.”

Saxony did manage to get two more runners on base in the bottom of the sixth inning with only one out, but junior Jacob Johnson struck out and sophomore Carson Birk grounded out to strand those runners. The Crusaders struck out a total of 10 times at the plate against Morgan with three Saxony players doing so multiple times.

On the opposite side of that, King was able to record 10 Ks of his own while pitching six innings and allowing three earned runs off seven hits by the Hawks. Offensively, King failed to record a hit as Lewis was the only Crusader to have multiple.

The all-district team was released the day after the title game as Brown, King and fellow senior Will LeDure were named first team all-district. Johnson, Lewis, juniors Hunter Hamilton, Wilson Lodge and Collin Tarry were selected to the second team.

“Now it’s a transition period for us,” Sander said. “We’ve got a lot of position players back, but we’re starting over on the mound.”