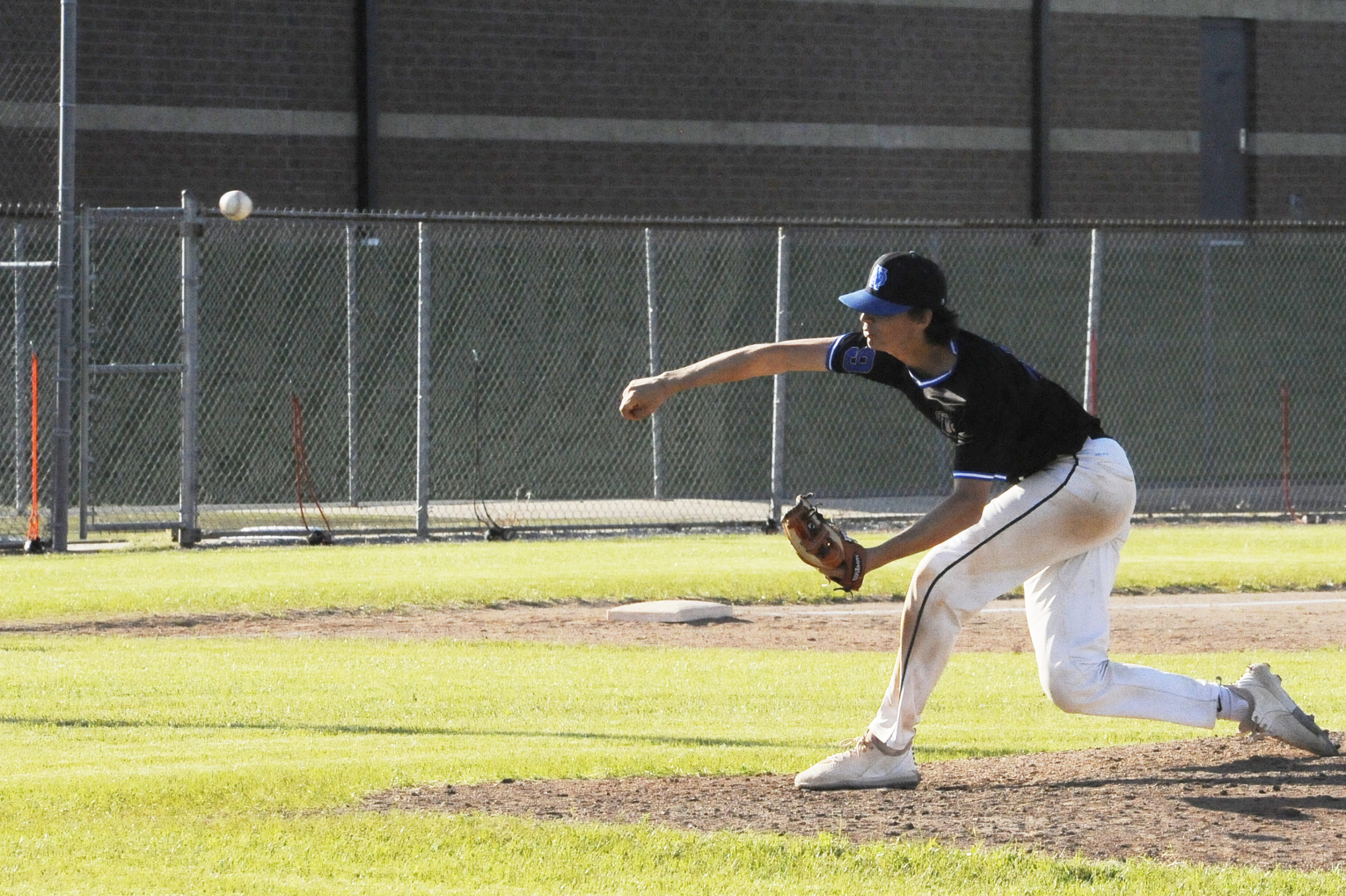 The last time Notre Dame’s baseball team brought home a district championship was back in 2018, and the Bulldogs are hoping to bring that drought to an end.

Despite finishing with its first sub .500 record under hall of fame head coach Jeff Graviett, Notre Dame was able to make the Class 4 District 1 Championship game. However, the Bulldogs fell short four runs shy against Festus in the title game to bring their 2021 campaign to an end.

“We’re trying to find a way to get back above .500, put some wins up and claw our way to a district championship,” Coach Graviett said. “It’s nice to rely on seniors because it’s a whole different maturity level.”

Notre Dame has every right to feel this way as it only graduated one player from last year’s team in pitcher Austin Gast, who is now playing a little further south at Three Rivers.

Gast was the Bulldogs ace last spring with a record on the mound of 4-4 and had a team-high 85 strikeouts plus a 2.14 earned run average.

Austin was also Notre Dame’s starting third baseman when he wasn’t on the mound and batted cleanup. He finished with a .324 batting average, 23 hits, 23 runs scored, 20 runs batted in, 19 steals and nine doubles.

While Gast leaves big shoes to fill, Coach Graviett is excited about what this year’s team can accomplish with what he has coming back to his pitching staff and offensive lineup.

“We look at the positives because we’ve got guys coming back with a year of experience,” Graviett explained. “We had a normal year last year and a normal summer, so things are getting back to normal.”

Stepping up as Notre Dame’s ace pitcher will most likely be senior Noah Gadberry, who was the Bulldogs only starting pitcher to have a record above .500 at 4-3 overall.

Gadberry, who has already signed on to play collegiately at Delta State, also had 55 strikeouts and an ERA of 3.63 last spring.

Notre Dame’s second option behind Gadberry will be fellow senior pitcher Grant James, who went 2-5 with 35 Ks and a 3.79 ERA.

“Noah stepped up and threw well in the postseason for us and got us to that district championship game,” Coach Graviett said. “Grant did a great job pitching in the district title game, so we’re starting with those two seniors on the mound. I expect a lot out of them — to be our one-two punch.”

As far as Gadberry goes, Graviett feels like he has what it takes to become the guy coaches “run out there” when they need a win. Graviett also feels like there’s going to be plenty more depth than there was last season, though.

Filling the staff behind Gadberry and James will be a trio of juniors in Will Morgan, Cole Lemons and Jakob Besand. All three of these pitchers saw innings on the mound last spring as Lemons went 1-0 and threw 17 strikeouts.

“We really tried to ride Austin and Noah on the mound a lot last year, but I think we have guys who are ready to make that next step,” Graviett said. “Lemons is going to be one of our harder throwers even though he’s never been a pitcher. I think he’s ready to transition over to pitcher.

“James is going to surprise some people I think. He threw well for us at times last year, but we usually only got about two or three innings out of him. I think he’ll settle in and be a starter type for us on the mound.”

Even though Graviett has a number of arms coming from his junior and senior class, he firmly believes it’s crucial to throw some of his freshman and sophomores early at the varsity level during the portion of the year.

“Early in the season I’m always pushing arms, and occasionally you’ll find somebody like that,” Coach Graviett said. “Even though we don’t have a guy like Ben Pearson up in our pitching staff, we might get a surprise here and there from some of those guys.

“You have to use those guys, have a little fun with it and maybe find one in between there.”

Moving to offense, Coach Graviett didn’t shy away from saying last year’s bunch underperformed at the plate as a whole since the team combined for a batting average of .263.

“I feel like we’re all going to have better and more productive offensive seasons — hitting in the low .200s is uncharacteristic for us,” Graviett said. “We expect that to change, and there’s a lot of competition on defense for spots. It’ll take a while for us to get settled in.”

One major positive for Notre Dame will be how senior-heavy the team is this season as there are 11 compared to only having one last year. “We always tell our seniors, ‘This is it for you guys. This is what you’re going to make out of it and leave the program in better shape than you found it,’” Coach Graviett said.

While Graviett said there’s a nice mixture of juniors and sophomores as well, he is also excited for this freshman class.

Coach Graviett said he — like many other teams — blamed the coronavirus pandemic for some of his team’s offensive woes last season.

“Not having the year-to-year spring ball I feel like had something to do with it, but a lot of them played baseball throughout that,” Coach Graviett said. “So it wasn’t the fact they weren’t playing.

“Our mental approach wasn’t real strong last year, so we’re going to focus a lot more on moving base runners. We had 198 strikeouts, so we’ve talked about how we’re going to be under 100 total for this season.”

On top of his duties as a pitcher, Coach Graviett believes a player like Lemons is going to be one of his team’s bright spots offensively. Cole, who serves as Notre Dame’s catcher, batted .291 with 23 hits, 20 runs scored, 18 RBIs and 11 steals last spring.

“I’ve been around him with baseball since he was six or seven-years-old,” Graviett explained. “I coached him in summer ball, and I expect him to have a big year. He has high aspirations of playing college baseball, and he works extremely hard. He’s going to be a mainstay in the middle of our order.”

One player for Notre Dame that didn’t have the best year at the plate was senior right fielder Ben Pearson. He finished with a .257 batting average and had 18 hits, 14 RBIs, 13 steals and scored 11 runs.

“Pearson is a solid, talented player that’ll be at the next level,” Coach Graviett said. “He’s so much better than what he showed last year, so I think he’s going to stand out.”

The Bulldog who had the best year offensively in 2021 was senior Conner Wissinger, who recorded a team-high batting average of .371. He also finished with 23 hits, a team-high two home runs, 18 RBIs, 16 stolen bases and scored 14 runs of his own.

Leading things off for Notre Dame like last spring will be senior second baseman Blake Anderson. He also had a BA above .300 at .330, along with recording a team-high 29 hits. Blake also hit three triples, scored 26 runs and stole a total of 12 bases.