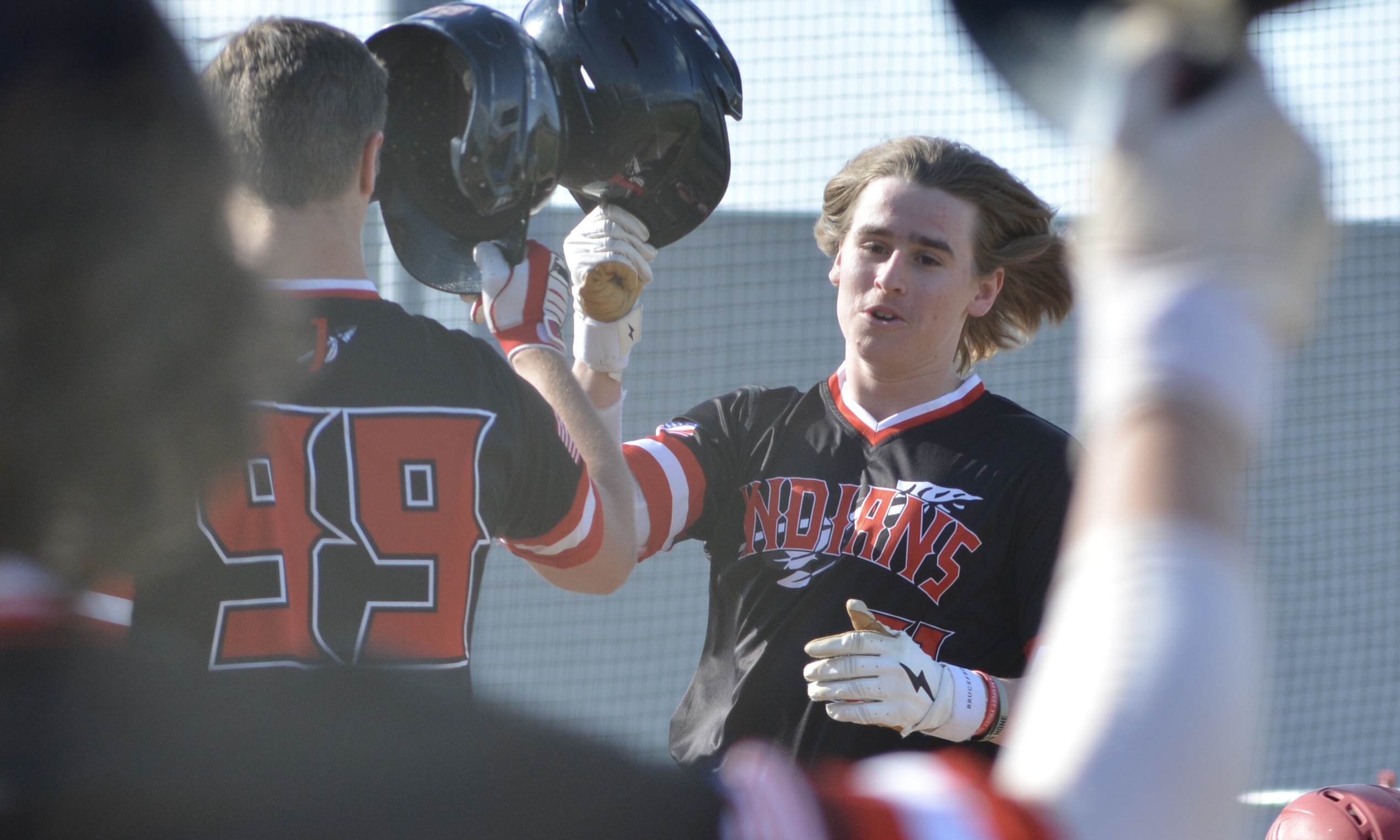 Last week, had the Jackson baseball team shutout Notre Dame in the top of the fifth and scored four more runs in the bottom of said inning, the Indians would’ve 10-run ruled their SEMO Conference rivals.

However, the Bulldogs outscored Class 6 No. 10 ranked Jackson 4-1 in the final three innings on the Indians home field. This wasn’t enough for a Notre Dame comeback, though, since Jackson was up 6-0 after the first four innings.

One of the key reasons why the Indians didn’t give up a run until the fifth inning was behind the arm of junior and Missouri State commit Caden Bogenpohl, who recorded 10 strikeouts and only allowed one earned run in his start for the win.

“When you’re 6-foot-5 and 230 pounds, he just does a really good job on the mound,” Jackson head coach Tatum Kitchen said. “I thought he was in really good command through the first four innings. I thought he threw outstandingly.”

Leading the Indians (9-2) to a 7-4 win over the Bulldogs (5-6) was junior left fielder and Saint Louis commit Baden Hackworth. Down 3-2 in the count with two outs, Hackworth knocked the ball out of the park — hitting the scoreboard in the process — for a two-run home run in the bottom of the first.

Hackworth had another hit in the bottom of the fourth and even got into scoring position, but he was stranded in the inning. On top of his two hits, two RBIs, two stolen bases and one run scored, Baden also picked up the save by pitching in the seventh inning, where he ended the game with a strikeout.

“Hackworth has tremendous bat speed and pop, and there was a little wind, but I don’t think it helped with his home run,” Coach Kitchen said. “He hit that ball in the nose. He’s a very emotional and intense player, so he can set the table for us.

“It was a big deal to get up front and for him to hit that home run, ‘Here we go!’ He’s also one of those kids that’s always like, ‘Can I throw today? Can I throw today?’ He’s got really good velocity and command.

“When you’re a pitcher, you’ve gotta have a little fun and a little gusto, and he’s got that confidence. It’s good giving him the ball late in the game and letting him attack. We were very fortunate to have him there.”

Jackson then scored off a wild pitch in the second inning for senior designated hitter Logan Bruns to cross home plate to make it 3-0. After going scoreless for the third inning, Bruns scored his second and final run off a single by junior third baseman Quinton Borders.

Borders was able to advance to third on the plays thanks to an error, which also sent junior shortstop Henley Parker home for another run to propel Jackson’s lead to 5-0 over Notre Dame. Borders scored on the next at bat after a fielder’s choice off of Bogenpohl’s ground out for a 6-0 advantage.

Jackson’s final score of the game came in the bottom of the sixth as Parker came up with a sacrifice fly to send junior Grant Dotson, who was a courtesy runner for senior catcher Kyle Rich-ardson, home for the insurance run.

Even though the Indians had eight hits and scored seven runs, Bulldogs senior pitcher Noah Gadberry managed to strikeout seven Jackson batters through four innings and only allowed three earned runs. Coming in relief for Gadberry was junior Cole Lemons, and he threw two innings and recorded three strikeouts while not allowing a single earned run.

“You’ve got to give Notre Dame credit. I thought Gadberry did an excellent job of pushing through and really throwing well,” Kitchen said. “I thought for a second there we maybe had him on the ropes, but he just located and gave us fits.

“We struck out too often, and Lemons did a good job coming in and getting strikeouts. That’s been our Achilles’ heel the last three games, where we’re just striking out too much.”

In the top of the fifth, Notre Dame scored its first run of the game off a balk by Bogenpohl, which was followed by a fielder’s choice for senior first baseman Grant James to score off a ground out for the Bulldogs second run of the contest.

During the next inning, Notre Dame senior shortstop Aaron Thurston hit a line drive to right field, which sent senior right fielder Ben Pearson home from second base to make the score 6-3. The Bulldogs made it a two-run affair on the next at bat as Lemons scored from third base off a ground out.

With one runner on second base and two outs in the top of the sixth inning, Jackson junior Kaden Kendle was able to strikeout senior Grant James to strand the runner. Kendle, who is expected to see more and more innings pitching in relief this spring, recorded another strikeout earlier in the inning.

“Kaden did exactly what we had to have him do. He’s someone I’ve been really impressed with, but we haven’t had a lot of games so not a lot of innings,” Coach Kitchen said. “He did an outstanding job coming in, getting a hold and then getting to use Baden as our closer. Our pitchers didn’t do bad.”

The Indians followed up their three-run win over Notre Dame with a doubleheader on Saturday, where they picked up victories over Ladue Horton Watkins (2-7), 13-1, and Rockwood Summit (4-11), 8-0.

On Sunday, Jackson played at Busch Stadium against out-of-state Edwardsville (8-0) as the Indians suffered their second overall and largest defeat of the season by a final score of 18-3. Technically, the Tigers beat the Indians 12-0 through the first five innings, but the game went all seven since it was a chance for both teams to play at a major league stadium.

While neither team is scheduled to face each other again, the next time Jackson and Notre Dame could meet would be in the SEMO Conference Tournament, which is scheduled to begin at the end of the month.