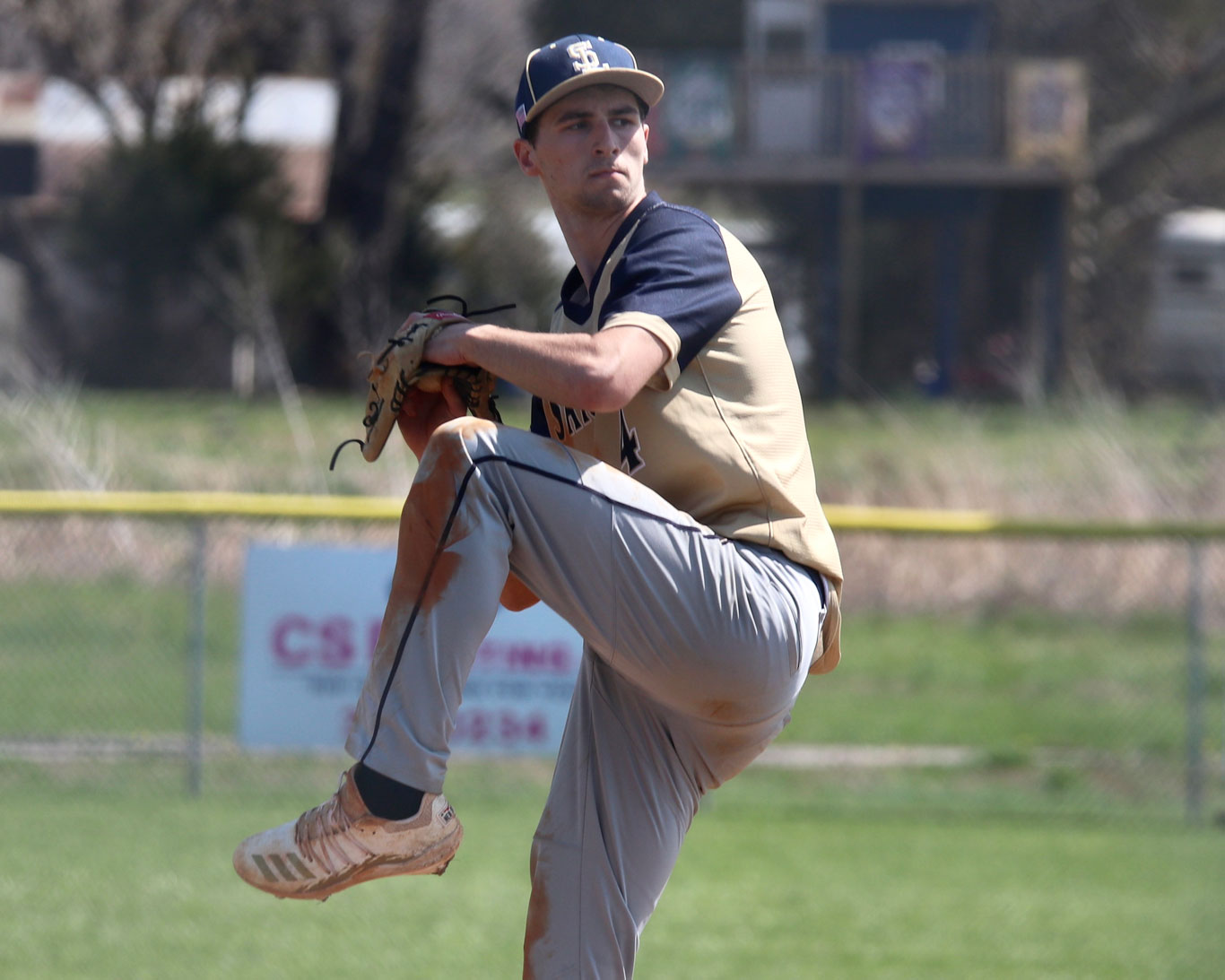 After the first full week of the 2021 spring season, both the Jackson and Saxony Lutheran baseball teams have yet to lose a game. The Indians are currently 6-0 while the Crusaders are behind them at 4-0.

Each team is coming off a home doubleheader held on Saturday, where Jackson was able to best Marquette by scores of 8-5 and 11-7. Saxony hosted Oak Ridge in its back-to-back games and defeated the Blue Jays 11-1 and 10-0.

In the Indians first game against Marquette, junior Cayden Drum picked up his second win of the season as he pitched for 6.1 innings with 11 strikeouts and two walks. Drum only allowed four of the Mustangs five runs off four hits.

Jackson had six players record a hit as senior shortstop Justin Moses was one of them and also scored a game-high two runs. The Indians sophomore right fielder Caden Bogenpohl drove in two runs on the day as he doubled on his lone hit.

Junior Logan Bruns started the final game of the doubleheader as he threw 5.2 innings with seven Ks, while walking three batters and allowing five hits for four runs. In relief, Bogenpohl struck out four but allowed three runs off one hit and one walk.

Starting in the Crusaders first game against Oak Ridge was senior Will Ledure, who pitched a complete game with seven strikeouts while only walking two and allowing three hits for one run on 72 pitches (50 strikes).

Making his first start on the mound for the Crusaders was junior Wilson Lodge, who threw a no-hitter against Oak Ridge with nine Ks and only one walk. Lodge only had to throw 54 pitches with 40 being strikes.

Saxony came up with three runs in the fourth inning as junior right fielder Zac Lewis and sophomore third baseman Aaron Eubanks each drove in a run during the bottom of the inning.

Lodge, Lewis and senior shortstop Tanner King each tied for a game-high two runs as King doubled in the fourth. Before that, Tanner was hit by a pitch to be walked in his first two at-bats.

Jackson has two games this week, while the Crusaders only have one.