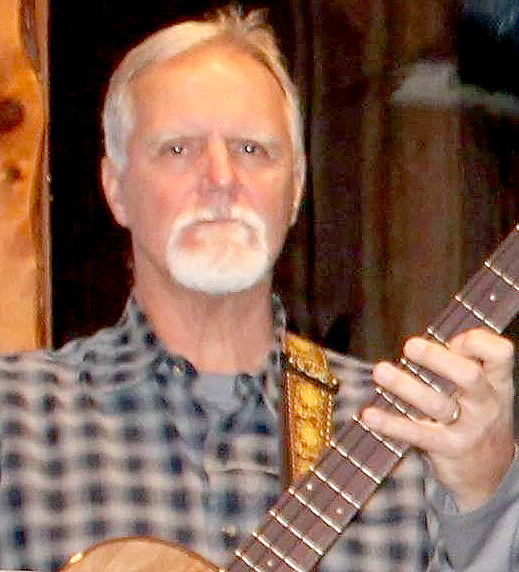 Jackson resident Ed Leoni is a motivational speaker and author whose lectures and books help people to overcome fears and doubts and be “happified.” Submitted photo

“Think about that. Eighty percent of what we say to ourselves every day is a negative thought. So we shouldn’t be surprised when we don’t always get what we would like.”

That frustration leads to unhappiness and distress.

“I offer the best solution to eliminating distress, which is creating happiness and contentment,” Leoni continued. “Which is why I have written the book, ‘Happified: A Guide to Restoring Your Authentic Voice and Reclaiming Your Life.’”

The book took three years to write and was published earlier this year. Sales are brisk, he said.

“Every book is hand-signed by me,” he added. “I couldn’t use my right arm for a while. I [signed] them all in a day.”

Leoni’s 260-page book is meant to be a tool to help people put into practice what he presents verbally in his seminars.

“I’ve delivered over 100 keynote presentations at conferences with large corporations throughout the entire U.S. and Canada. I felt guilty inspiring people for roughly 90 minutes and then giving them no way to maintain that inspiration,” Leoni said.

“I decided to write a guide that people could have as a constant reference to create motivation that’s the missing part of inspiration.”

The book and the presentation make up a packaged deal. (Leoni waives his speaking fee when conducting a seminar for businesses). He has spoken to several businesses here in Jackson and is going to be part of the kickoff for Cape Public Schools in August.

Is being ‘happified’ a goal to be achieved or is it how we live our daily lives?

Leoni described “happified” in gardening terms. “I would best describe ‘happified’ as a perennial state which can bloom annually without much to do.

“If you plant annuals, which are negative thoughts, they die on the vine every fall. They don’t come back.

“I want happified to last. So it is a perpetual state. We have to keep planting good ideas every day to refute the negative ones. Since you have 6,200 thoughts, if you were to do 50 percent positive, your whole life would change.”

If we’re unhappy and we want to become happy, we must change. But change is not easy.

“Because people may not willingly acknowledge the present level of their happiness or lack thereof, change can often be perceived as threatening. When a person perceives something as threatening, it’s the No. 1 cause of procrastination.

“So, in this book, the stories that need to be imparted are told through illustrations. It’s not a lecture. It’s a sharing of ideas that people would find very helpful.”

“These have been carefully developed over a 40-year career of moving people in a direction that they choose to go,” Leoni said.

The first step is deep breathing. “If we can learn to control our breathing, we can control all aspects of our lives. When your breathing is rapid because you created worry, you have a neural response. You press a panic button. The only thing that can follow a worrisome thought is a neurotransmitter that creates anxiety.

“Every emotion we ever had is preceded by a thought. If you’re feeling sad, it didn’t come out of country music. It comes from the thought you had that preceded sadness.

Emotion leads to one of two things: action or inaction, Leoni said. “You can talk yourself into and out of anything,” he explained. Too often, we are comfortable where we are, so we talk ourselves out of changes we need to make.

We may set a goal for improvement, such as a New Year’s resolution, but then we fail to make the change. Why? “We have not created the correct dialogue to move us. And emotions move us. I work with words that lead to emotions that lead to either action or inaction,” Leoni said.

Another step in the book is to use our imagination to our benefit. “It’s called positive imagery,” Leoni explained. This gets us to move. If we perceive a positive result, we’ll move. If not, we’ll procrastinate.

Step 9 is to “count to three and move.” If we want to make changes in our lives, we may have good intentions, but we’ll experience “a bombardment of negativity” from ourselves, Leoni explained. We’ll tell ourselves, “I think this is awful. This would be ugly. I can’t do this.” Those negative words lead to the emotions of doubt, angst and fear, and then we won’t make the change.

To make positive changes in our lives, we have to refute the negative words that confront us. We create an argument for the positive change. When we hear those negative words trying to overpower our positive thought, we count to three and move in the positive direction. “It’s that simple,” Leoni said. “I’ve done that for 50 years. Most everything I’ve done that’s successful is because I’ve counted to three and I moved.”

The final step, Step 10, is called “Thirty plus one.” “If you really want to effect permanent change, you really need to consider doing something different for 30 days. But then here’s the kicker: plus one more day.

“I gave up drinking alcohol the day my oldest son was born. When he was born, I said, ‘I’ll wait until he’s drinking age to have a drink. I’ll do that for 30 days plus one more day.’ That lasted 24 years — that ‘one more day.’ It’s a magical technique. If preceded by the other nine steps, it’s really effective.

“In one of my classes, a gymnast who was concerned about weight stated in the class, ‘I have a real problem with chocolate.’ And I said, ‘Well, so do I. If I walk through the candy section at Walmart, the M&Ms speak to me, “Hey, big boy, let’s get out of here.”’ I said, ‘Let’s both give up chocolate for 30 days.’ Then the environmental cues and the actual chemical leave your conscious mind and your body.

“In the book, I encourage people to create a verbal anchor,” Leoni said. A verbal anchor such as “count to three and move” is more than a simple cliché. It produces more than an inspiration; it motivates positive results.

“People get inspiration from clichés, but they don’t know how to motivate themselves beyond the cliché.”

Stress is not all bad, according to Leoni.

“We need the right amount of motivation — which is stress — to succeed,” he said. “People have this mistaken idea they want to eliminate all stress. That’s a bad idea. We want to manage stress, to create the appropriate amount for the task at hand.

“Picture your life as a canvas bag,” Leoni philosophized. “You go through this life either capturing rocks or flowers.

“Every time you have a reasonable, positive thought, and subsequent action, you put a flower in the bag.

“Every time you invest your time in negativity, doubt, fear, worry, procrastination, rage, you put a rock in the bag.

“You can see it on people’s faces, on their expressions. They’re miserable. They’re carrying around a ton of baggage. Negative thoughts don’t disappear. They affect the body. People can check that out by feeling the tension in their necks.

“The more rocks you put in the bag, the more hardships you’re going to experience in life.

“Flowers are fragrant. They’re light. Unfortunately, we don’t put as many flowers in as we do rocks. Every time we create positive imagery, we can remove a rock and replace it with a flower. It think that’s an illustration of what the book really has to say.”

For more information, go to www.happifiedbooksnmore.com.