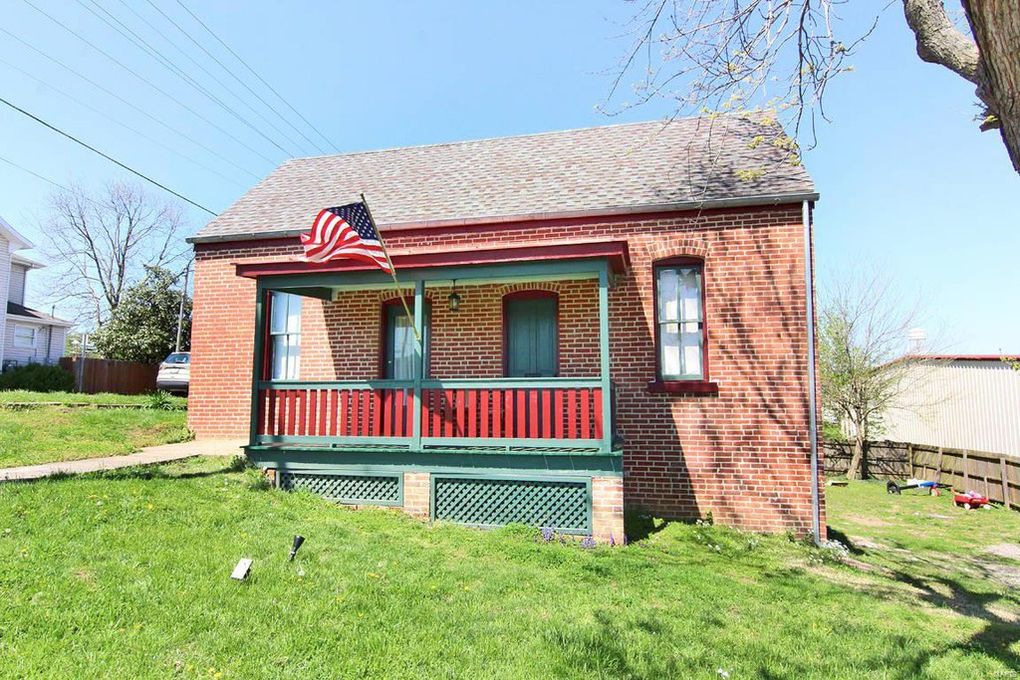 The William Oldenhoener home at 402 E. Adams St. in Jackson received the McReynolds Award from the Missouri Alliance for Historic Preservation. Submitted photo

The William Oldenhoener home at 402 E. Adams St. in Jackson received the McRey-nolds Award from the Missouri Alliance for Historic Preservation, which held its 2021 Honor Awards virtually on Tuesday, June 8.

Named after Elizabeth McReynolds Rozier, this award is presented annually to individuals or groups who have made significant achievements in the field or who are in the midst of a long-term preservation project. The award is among the most important given out by the organization.

Instead of having an annual celebration in Jefferson City, Interim-Director Riley Price delivered awards to recipients across the state and recorded their remarks. Those remarks were then shared in a video during the virtual presentation.

William Oldenhoener, a German immigrant and mason, built his home in Jackson around 1893. He utilized the German vernacular style in its construction, including a balanced façade, stone foundation, arched lintels over doors and windows and corbelled cornices of brick.

The L-shape home was built into the hillside and designed to work with the landscape, not alter it.

Greg and Caroline Yielding started the restoration process in 2015, saving it from impending demolition. Most of the home had to be cleared down to the brick walls and repairs started from the bottom up, fixing water issues in the basement and pouring a new concrete floor.

The original windows were restored and the remaining hardware, including original doorknobs and locks, were cleaned and repaired.

New gas lines, electrical plumbing and HVAC was installed, not only for safety but to protect the house from further deterioration.

A poorly constructed rear addition was removed. It was rebuilt to better integrate with the original home and used historic doors and fixtures found in the area.

Yielding said in the video that he found pictures of the original porch and had craftsmen rebuild the porch to match the pictures. The craftsmen also helped restore some of the inside of the home, including the kitchen and its cabinets.

“I continue to do some updating, caretaking, replacing of fence,” said Sara Appel, current owner, during the video. “Eventually, I want to add two more chimneys where the original chimneys were. There are all kinds of little things I have plans for.

“Another thing I’m really excited about in the backyard is landscaping,” she added. Appel has friends in Germany who are helping her select flowers and plants that probably were grown in a German home around that time period. “So it’s kind of gone international now,” Appel said.

“I always wanted to own an older home,” Appel related. She was tired of renting when this home came on the market. She took a look at it, immediately fell in love with it, and bought it.

“I loved the construction of it, I loved the style. It was the perfect size for me and my dog. It had the colors, it had the lovely doors, the windows, and you could tell that everything was really as original as it could possibly be.”