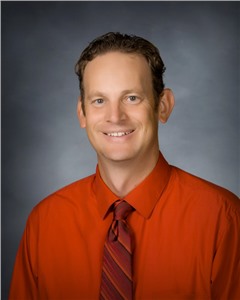 John Martin has been the athletic director at Jackson High School and the Jackson R-2 School District for the past 11 years. Martin, a Jackson alum, graduated from Southeast Missouri State and Williams Wood University where he received degrees in education administration and education specialist.

What does it mean to be named Athletic Director of the Year?

It’s humbling when you are recognized and nominated by your peers. It’s just an honor.

What drew you to becoming an athletic director?

Honestly, I have a passion for coaching. I coached basketball for 11 years at the high school level, and I still coach youth league basketball.

This opportunity arose, and I applied, interviewed and got the position. Here I am 11 years later still in the role. I love being around student athletes and trying to do what I can to help them out.

What is the most rewarding part of your job?

It is seeing our student athletes grow throughout, not only a season, but when they come in as freshman and see them progress through our various programs. Then they leave here, where we feel like we’ve better prepared those kids to be successful out in the real world.

I don’t really know anything different. I’ve lived here all my life other than the two years I lived in Advance when I was teaching and coaching at Zalma when I first got out of college.

It’s kind of like the motto. It’s a great place to raise your family, work and enjoy life.

What are you most proud of about the area?

Just the fact that we live in a community with hard-working people. The fact that people will help each other out. When there are times of need this community is known for helping one another out and getting behind people to support them in times of need.

What does it mean to have accomplished some of the things you have with this position?

It’s fantastic to be the athletic director of this school and the School District. Seeing the fact that our girls cross country team won State, and it goes back to our coaching staff and our student athletes.

They worked extremely hard to accomplish that goal, and honestly kind of flew under the radar all year.

Being able to start two new sports [girls golf and boys tennis] — we had a group of parents who were pushing for that, and we did a student poll. It gives student athletes another opportunity to compete. It’s something else for students to do that they may not have been able to be a part of until this year.