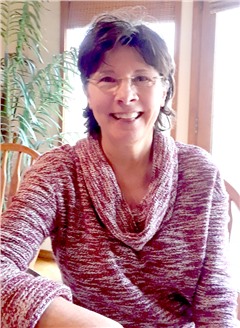 After graduation she was pleased to be offered a position as art teacher in the Rockwood School District, since St. Louis was home. But after a few years of teaching art at Rockwood, she was encouraged to pursue a master’s degree. Horst returned to her alma mater and rented an apartment during the summer while working hard to earn her degree.

Little did she know, the nearby town of Jackson would soon become home. In 1979 she met her husband, Steve, at SEMO; they married in 1980 and began a life in Jackson.

“It’s been a good journey,” said Carol, while boasting of the pride she feels for Jackson, the accomplishments of former students or colleagues and the high regard she has for the community’s educators, administrators and people in the town who support education and know its value and importance.

“I think it’s a great place to live and raise children. This town cares about its people,” she said.

The summers she spent earning a master of art in teaching art education impacted not only Jackson Elementary students at the Primary Annex, North Elementary, South Elementary, Burfordville and Gordonville for 27 years, but it has now expanded to a much wider reach at the university.

“Each school was like its own family with different cultures,” said Horst. “Of course, kids love art. You walk in and get hugs. It’s fulfilling to know we’re helping them to be the creative problem solvers. I feel very blessed.”

Horst’s first job teaching art at Jackson was part-time in 1983 at the Millersville School. She designed logos for businesses and freelanced as an illustrator at night. In addition, she drew portraits at craft fairs which led to family portrait commissions.

Horst met the demands of a growing school district working as a traveling art teacher at Gordonville, Burfordville, North Elementary and the Primary Annex. She still taught at the Millersville School, spreading art lessons among five schools in five days.

“At the Primary Annex I was teaching 12 kindergarten classes. They were 30 minutes each, six in the morning and six in the afternoon,” said Horst. “There was such growth in Jackson my last year at the Annex that our art/music room was turned into a classroom, and I was on a cart.” A variety of drawing, painting, sculpture and printmaking lessons were delivered daily to classrooms.

Horst’s 15 years of experience teaching art to kindergarten through fifth grade was an asset for her students when she was hired full time at South Elementary in 1998, the year it opened. Horst helped to design the South Elementary art room, a real pleasure after spending years without a home-based classroom.

“Jackson is such a great school district,” she said. “Jackson has your back as a teacher. I was happy to be in a school that supports teachers.”

It was when she was teaching at South Elementary School that Horst was approached to teach art education at the college level by Southeast Missouri State University’s former art department chair, Patricia Reagan.

Horst was not about to relinquish her current position and agreed to teach at night after the workday was through. Horst’s high energy character enjoyed the challenge, and when she was asked to teach the next semester, she agreed. Along with candidates all over the country she put herself in the running for the full time position as art education instructor and was hired.

When she got the job, she wasn’t sure if she wanted to leave South Elementary School and the District itself because they were her comfort zone. “It was home,” she said.

It was her husband, Steve, who convinced her that she would be affecting more than the 500 students at her current position and casting a wider net at the college level.

“I got out of my comfort zone,” said Horst. She retired the next year after 12 years of teaching art at South Elementary.

Student teachers she had at South Elementary have become art teachers in the district. “At one time, Ed Smith, my predecessor at Southeast Missouri State University, would bring his entire class of art education students over to South, (to observe).”

As a full time teacher at South Elementary, Horst directed many student teachers as they carried out tasks in her classroom that fulfilled curriculum content towards their art education degrees. At least three of the student teachers under Horst’s direction were hired by the district, and she is proud that others have received doctorate degrees and have been recognized as art educators of the year.

Besides her strong education connection, Horst said, “In Jackson the people are friendly and nice. We have a good park system, and I feel I live in a safe and clean community that appreciates and upholds historical integrity.”

This April, Horst will be honored to receive the Missouri Art Education Assoc-iation’s Higher Educator of the Year Award. Aside from being honored, her response was, “If you enjoy what you’re doing, it doesn’t seem like work.”