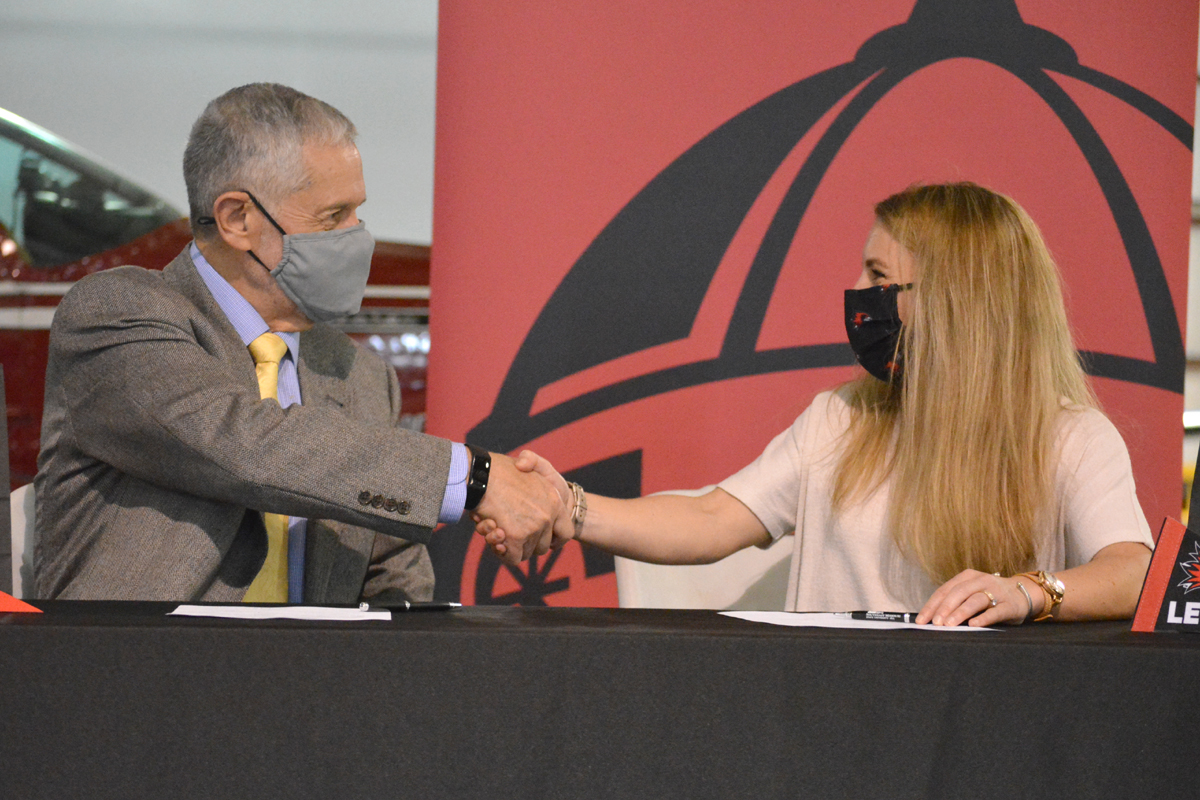 Southeast Missouri State University signed an employment partnership with Republic Airways to allow students in the professional pilot program coming to the university this fall.

The career pipeline partnership will allow students in the pilot program to interview with Republic Airways upon the completion of their instrument rating, which will traditionally occur at the end of students’ sophomore year in the program.

“Once students graduate and join our Republic family, they will be operating commercial airline flights for those main lines,” Gaudion said. “It’s a very exciting opportunity, and it’s a stepping stone for them to their career in aviation.”

Gaudion said Republic Airways has similar agreements with around 40 universities in the United States, with the airway currently having about 750 first-officer candidates around the county through these pipeline employment programs.

“It’s their one and only interview that they’ll need to complete before transitioning to an airline pilot,” Gaudion said. “They can receive a conditional job offer upon the successful completion of that interview, and they would have that until they build their flight hours.”

Southeast President Dr. Carlos Vargas said he was honored to develop this partnership with one of the most respected airline organizations in the United States.

“We as the university have the responsibility to not only prepare students, but also give students an opportunity to find a job as they graduate,” Vargas said. “I think that we have that responsibility, and this partnership is opening that door for the students to get jobs.”

“Southeast professional pilot program graduates will be positioned to start their careers immediately as pilots and for future management and leadership roles,” Vargas said.

The program will be in partnership with US Aviation Group, which will be providing flight training, and the Cape Girardeau Regional Airport.

“The City of Cape Girardeau is super excited, and this pipeline with Republic Airways and the other partners that U.S. Aviation has is an exciting opportunity to make sure that when they finish this program they have an entry way into the career of their dreams,” Katrina Amos, Cape Girardeau Regional Airport manager, said.

Amos added that during school tours of the airport, many students asked how to be involved in the airline industry. “There was never an outlet here in our southeast Missouri area,” she said. “I’m excited to be able to say that we have that now.”