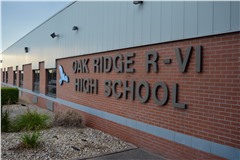 After hosting a public hearing on July 21 about a proposed early start date, the Oak Ridge R-6 School Board decided to push the beginning of school back to its original approved start date, Aug. 26.

The proposed early start date, Aug. 12, was chosen by the Board in an attempt to help students get caught up after missing several months of school this spring and help the District get in instruction days before a potential shutdown is necessary.

During the public hearing, community members stated they weren’t sure if the two extra weeks would be enough to make up for the lost classroom time and wondered if it would be safer to add the extra two weeks to the end of the school year.

Several community members also asked about the District’s reopening plan, which had not yet been released. Superintendent Adrian Eftink said the District had an initial plan in place in June, but that it has been changed significantly as new staff members have joined the District and they have seen other schools’ published plans.

Eftink said they didn’t release the June plan because they didn’t want confusion about what is and is not in the final plan. He added that the District plans on releasing the plan to parents early this week.

Parents spoke about not having a lot of time to make decisions on whether their children will attend Oak Ridge schools before it starts, especially as other schools have already released their plan. Some who spoke at the hearing said they had immuno-compromised family members living with the students.

Other parents asked specific questions about how school buses, large classes and walking through the hallways will work this fall.

“In the end, they are your kids,” Eftink said. “You have to make the best decision for your kids and the school district – we will try to provide the best opportunities we can for them.”

Another family at the hearing said they had scheduled and paid for a vacation that fell during the two extra weeks the District considered adding to the beginning of the school year. They worried about their child being further behind by missing the start of classes.

Before voting to go back to the original start date, several Board members said they could use the two weeks to help teachers and other staff members get more comfortable with the new safety procedures.

Board Member Whitney McFall said she thought the teachers could use the two weeks to better learn both the in-person plan and the plan for potential distance learning. “Right now we don’t have that virtual plan,” McFall said, adding that teachers may not be able to switch to distance learning when necessary if they started early.

Eftink said there are still issues with distance learning, with over 100 students in the District not currently having Internet access in their homes.  He also said offering a full-time virtual option to students is difficult because they don’t have any dedicated staff to pull from to be in charge of potential virtual students.

High-risk students will be figured out in a case-by-case and classroom-by-classroom basis, Eftink said. If there are just eight to 10 students that need to be taught virtually, Eftink said the District could work around them. He added that the District will not be able to handle dealing with 20 to 30 students across the District that has to be taught online without a staff member dedicated to helping these students.

Eftink did say they are going to try to get Cape Girardeau County CARES Act funding to purchase cameras to record teachers for the students who can’t physically come to the schools.

“I wish I walked away with a greater feeling that there was one theme in that room,” Board President Rob Grayhek said. “I thought I heard two.” Grayhek said he thought some of the families were ready to go back to school right now and others were worried about starting without a solid plan.