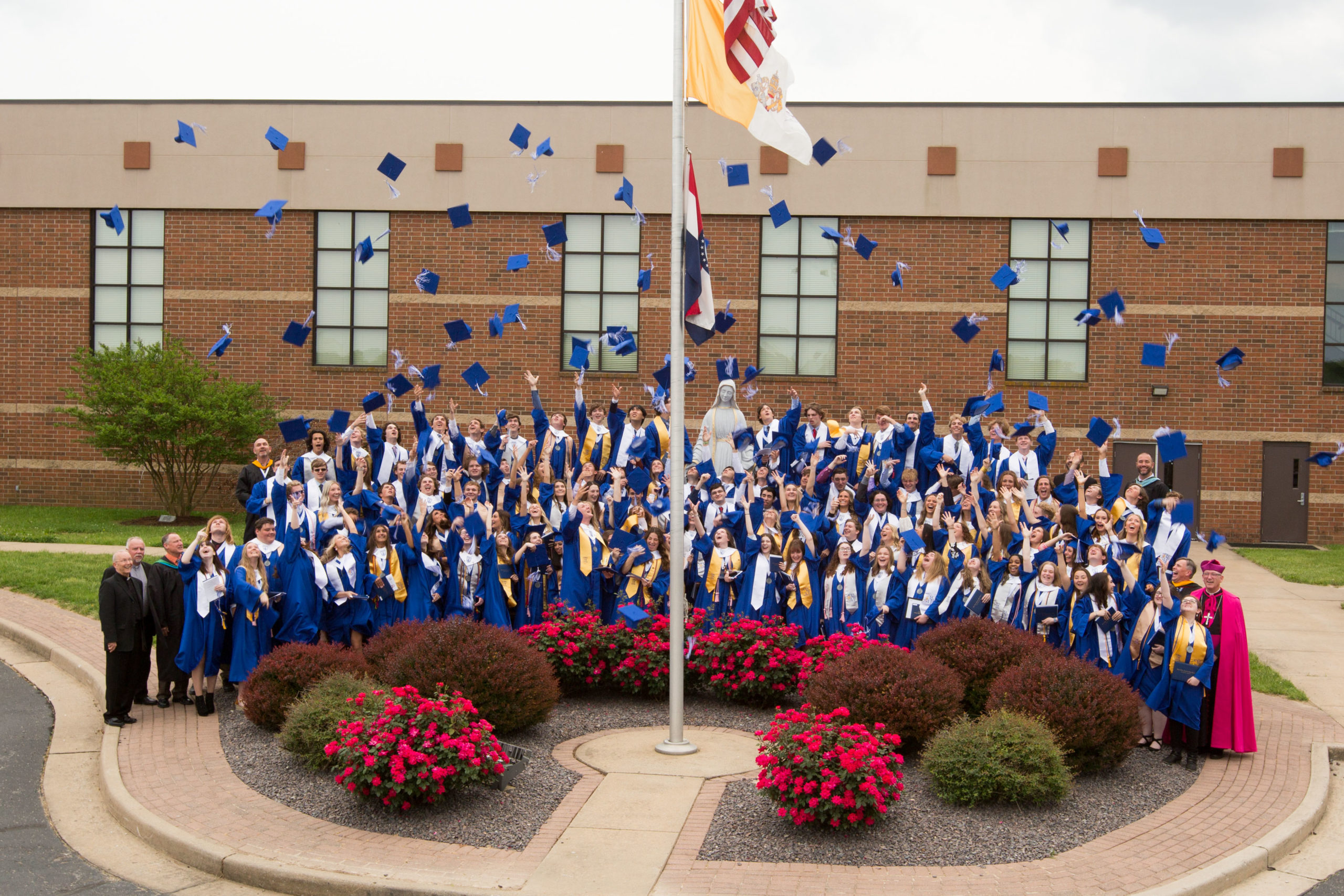 The Notre Dame Regional High School Class of 2022 graduation ceremony was held on May 15. Submitted photo

The Notre Dame Regional High School celebrated its 113 graduating seniors during its graduation ceremony on May 15.

Of the 113 graduates, 89% of them earned college scholarships that totaled in excess of $11.2 million. More than 10% of the senior class received the Missouri Bright Flight Scholarship for scoring a 31 or higher on the ACT.

Vincent Klueppel was named the valedictorian for the Notre Dame Regional High School Class of 2022 and Kristen Jansen was named the class salutatorian.

Vincent Klueppel is the son of John and Marilyn Klueppel and is a member of St. Francis Xavier Parish in Sikeston.

Vincent has served as historian of the National Honor Society, vice president of relations and membership of Future Business Leaders of America (FBLA). He competed at the state level for FBLA the last four years. Klueppel was a student-athlete competing on the Boys’ Varsity Swim Team and represented the Bulldogs at the MSHSAA state swim tournament.

Kristen Jansen is the daughter of John and Missy Jansen and is a member of St. Augustine Parish in Kelso.

Jansen has served as the secretary for National Honor Society and as vice president of Tri-M Music Honor Society. She has been on the A Honor Roll all four years and was awarded Math Student of the Month. She received a Silver Rating on the National Spanish Exam. Jansen has been active in Performing Arts at ND. She played a principal role in the production of Once Upon a Mattress and was a member of the Select Singers.