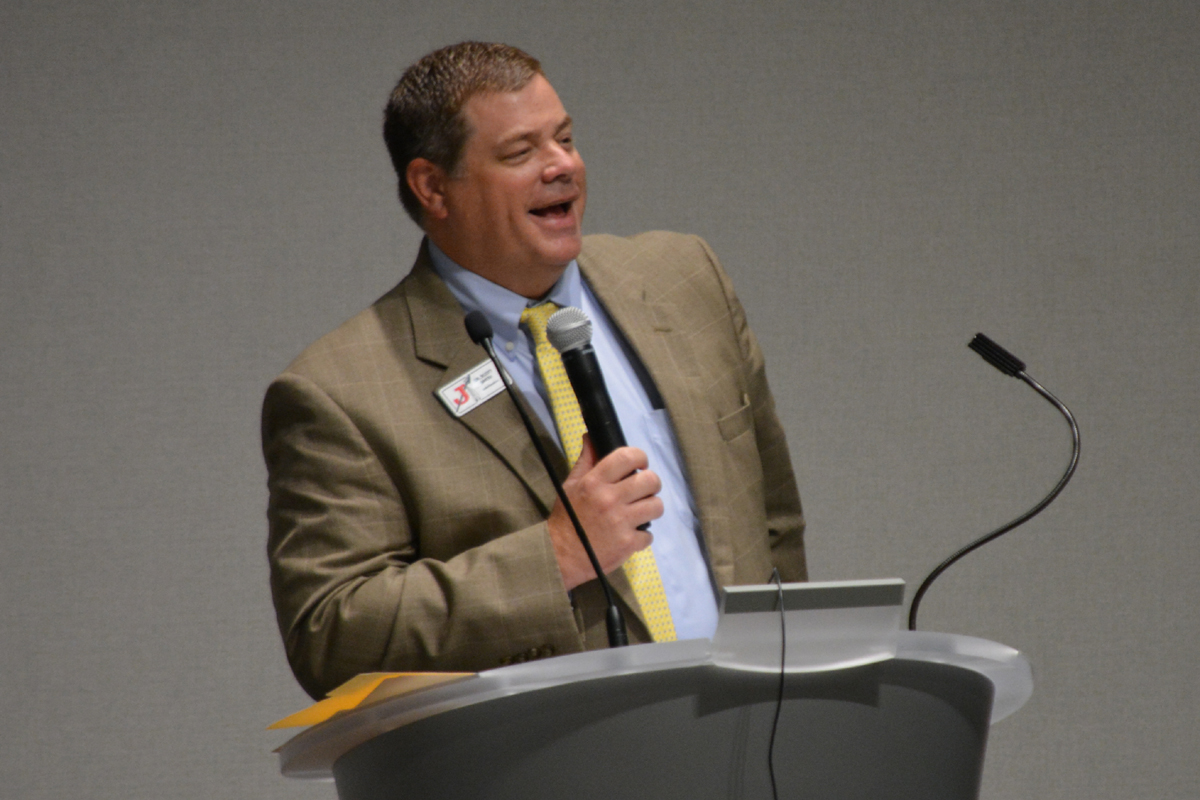 Jackson R-2 School District’s new superintendent Dr. Scott Smith says he is beginning the school year by listening to the Jackson community, forming a strategic plan for the future and leading the district.

Smith took over the role of superintendent on July 1 and is replacing Dr. John Link, who retired from the District after six years at the helm. Smith said he and Link share the same “heart for kids” and that he wants to continue the District’s tradition of excellence.

“I truly care about students and want what’s best for them,” Smith said. “What you are going to see throughout my leadership style is the focus on what’s best for students, taking care of our people in the District and making sure that the values that our community holds are upheld.”

Over his first two months with the District, Smith said his experience in the Jackson community has been “outstanding” and he was happy to see how warm the reception from staff, parents and students have been since the school year started.

“I am so blessed with the support that I’ve been shown by our community,” he said. “The staff has welcomed me and business people have been willing to take time out of their busy schedules to meet with me. I haven’t gotten to meet everybody yet, but I really look forward to that opportunity; to get to meet more over the next few months.”

Smith said it is important to him to spend time at the beginning of his first year with the District to listen and learn. Part of that plan includes forming a new strategic plan that will cover the District’s future goals.

“We want to get all of the stakeholders’ input as to what they would like to see from the District,” Smith said. “Then we will develop a plan for the next five-plus years as to how to move forward.”

The District previously created a strategic plan in 2016 when Link joined the District. That plan led to the “Prop J” facility improvements at the high school, middle school, North Elementary and West Lane Elementary, the One 4 One Technology Initiative and service learning across the District.

One of the aspects that will be addressed by the new strategic plan will be Jackson’s continued growth and how to manage that as a District. Smith said the District currently has 150 more students then it had at this point last school year.

“That’s been the pattern in this District for the last several years,” he said. “We are going to have to monitor this very closely, and figuring out how we want to handle the growth within the community is going to be part of our strategic planning process.”

In addition to monitoring the District’s growth, Smith said they will be monitoring COVID-19 closely this school year. The school year began without masks being required for students or staff, except on school buses. The District currently has a COVID-19 plan that allows the District to go back to the safety procedures that were in place last year, if it is needed.

“We know that COVID is active in the area and has not gone away,” Smith said. “We are thankful that there are several individuals that have gotten vaccinated within the District, which hopefully will help to decrease the number that are impacted in the District. We are going to be monitoring our numbers on a daily basis and making our decisions based on the data that we have.”

Smith, who added that COVID-19 seems to be ramping up, said they are visiting with healthcare professionals and are looking at COVID-19 data from the District to make the best decisions they can.

After 23 years in education, Smith said he credits his start in education to his family. “I grew up in a household of educators where what we did was talk about education,” he said. “I got to see firsthand the difference that educators make in the world and make in students lives. I wanted to be part of that and make a positive difference in our world.”

Smith started his career in 1998 as a classroom teacher in Neelyville, and later in Doniphan, where he grew up.

“I was an elementary and middle school teacher, loved my time in the classroom, but I really had a passion that I wanted to go into administration,” Smith said. “I had the opportunity to do that, starting in West Plains.”

In July 2018, Smith took on the role of superintendent for the Gasconade County R-1 School District, located in Hermann. Smith said he enjoyed his work and the Hermann community over the past three years, but he wanted to move back to Southeast Missouri.

Smith said he has held the Jackson District in high regard since he received his master’s and specialist degrees at Southeast Missouri State University.

“A lot of my classes had individuals from Jackson, so I was always hearing about the great things the Jackson School District was doing,” Smith said. “I’ll be honest, I was a little envious of what took place, so I’ve kept a pulse on what was taking place here.”

Smith said Jackson schools have always had a reputation of striving to be the best they can be and have a community that supports the schools.

“I’m very proud to be part of Jackson and my door is always open,” he said. “If somebody would like to reach out to me, I would be more than happy to talk to them at any time. I want to be an involved superintendent throughout the community.”