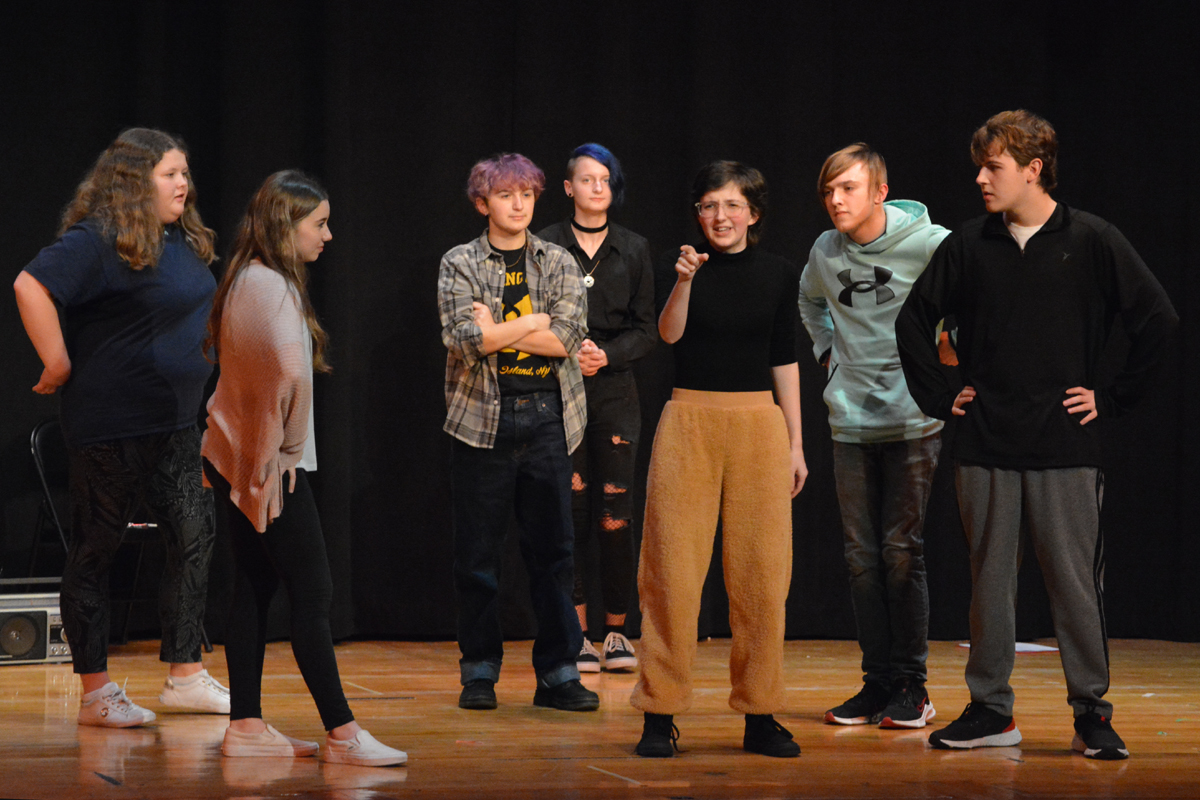 Cast members of the one-act play “Squad Goals” during a rehearsal on Feb. 22. “Squad Goals” will perform at 7 p.m. on March 3-4 in the Jackson High School auditorium. Photos by Jay Forness

Jackson High School theater students will present their one-act play and reader’s theater productions over the coming weeks before competing at the district competition for speech, debate and theater later this month.

The one-act play “Squad Goals” will perform at 7 p.m. on Thursday, March 3, and Friday, March 4, in the JHS auditorium. The reader’s theater production “Squirrel Girl Goes to College” will perform a showcase at 6 p.m. on March 10 in the JHS library.

After not performing last year and not being able to compete the year before due to the beginning of the COVID-19 pandemic in March 2020, theater teachers Taylor Poore and Bob Clubbs said they looked at this year as a rebuilding year for the program.

“Two years ago, we did our spring show and the following week we were supposed to go to districts, but it was canceled due to COVID,” Poore said. “This is our first year back in two years, which is exciting and this cast is really rocking it.”

Clubbs added that both plays have a large cast this year to get as many students involved after no plays were produced last year. 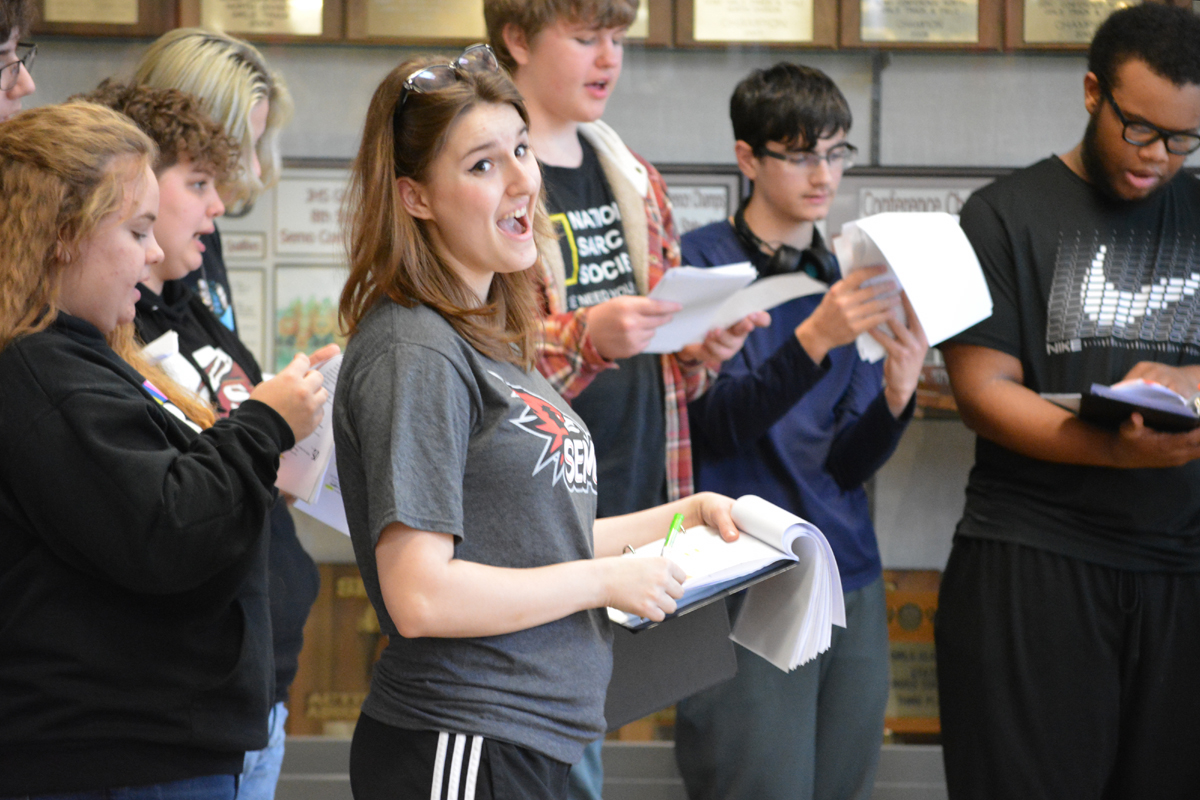 “Many of these kids are either making the debut or they’re having their first speaking role,” Clubbs said. “In addition to not being on stage before, most of them have never been to our district competition.”

Last year’s speech and debate competition was held completely virtually, with students taping their performances and sending them for the judges. Clubbs said the transition back to in-person competition this year has been challenging for students.

“It’s been rocky, but we’ve done our best,” Clubbs said. “We had a really good fall semester and then the Omicron variant came along. Three tournaments were shut down for COVID-related reasons and then we had a couple were canceled due to weather, so between COVID and weather we have had a difficult spring semester.” 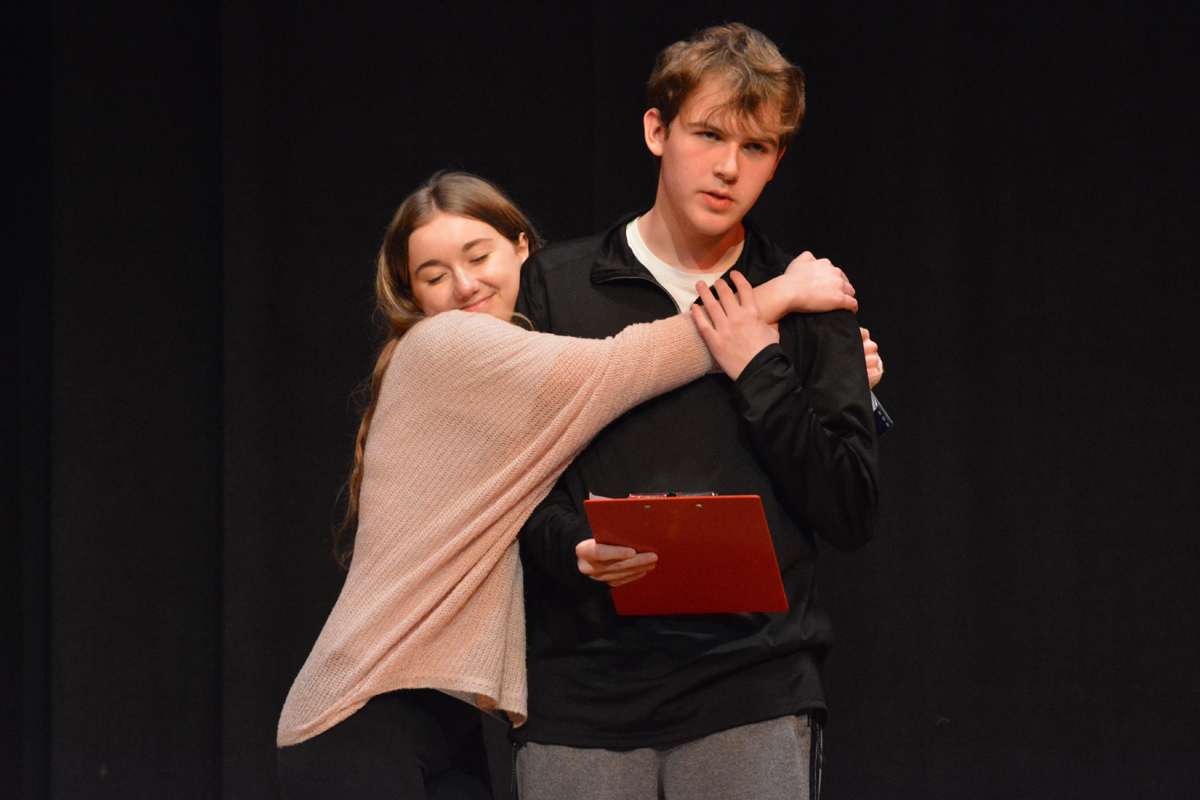 The comedic play includes various scenes of students trying out for the team and being rejected for not having enough “heart” to make their underdog team succeed. The play features references to Rudy, Hoosiers, Air Bud and more.

“What they’re looking for is not really skill or talent – it’s inspiration,” Strothmann said. “They are looking for clichés that you would find in sports movie, so that their team is able to win without hard work or dedication.”

Abby King plays one of the students trying out for the team, who is asked to give an emotional speech about her hardship growing up but can only come up with talking about having to eat broccoli as a child. 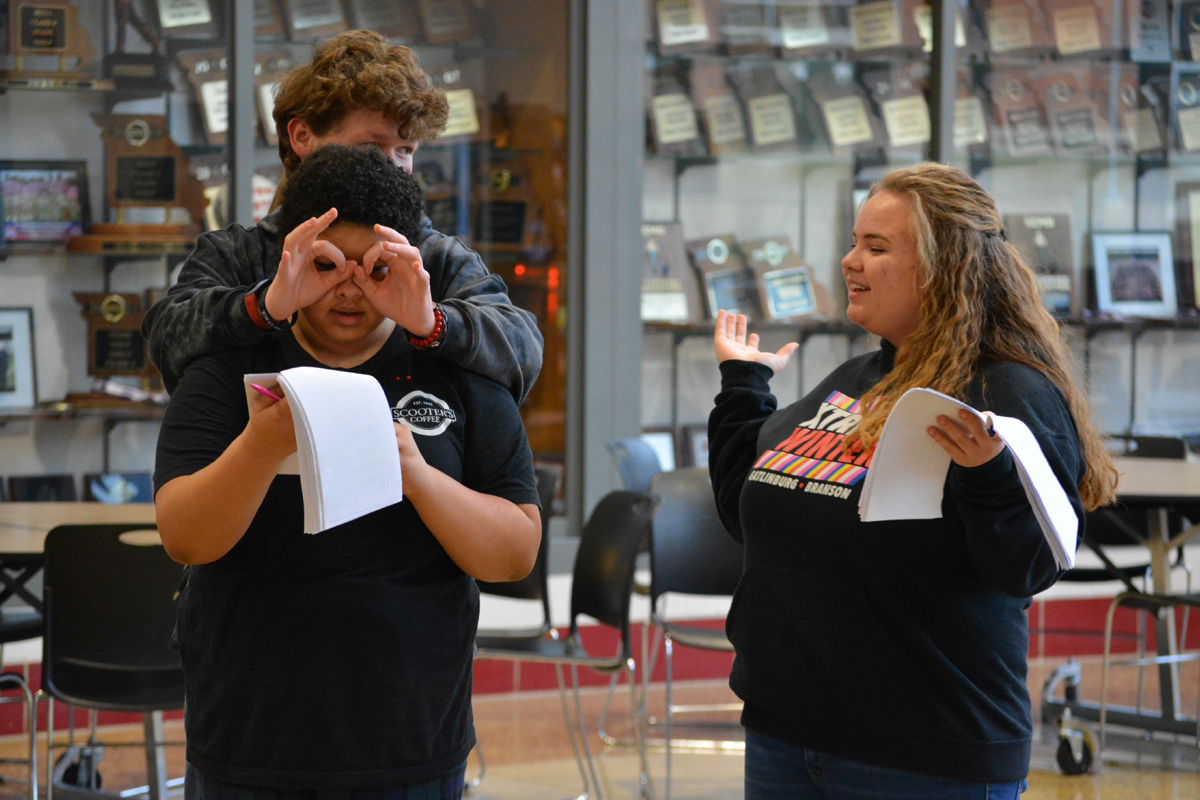 Cast members of “Squirrel Girl Goes to College” at Jackson High School. The show will perform at 6 p.m. on March 10 in the JHS library.

The reader’s theater production, “Squirrel Girl Goes to College,” features the Marvel Comics character Doreen Green, a.k.a. Squirrel Girl, as she arrives at Empire State University as a freshman.

Doreen, played by Ma-delyn Pyrtle, goes to college with her squirrel companion Tippy Toe, who acts as the show’s narrator and is played by Nora Kilburn. At college, Doreen tries to keep her super hero identity a secret and protect her new friends from various Marvel supervillains.

“It’s a really fun opportunity because not only do I get to act and play, but it’s also an unconventional role because it’s a character that’s already fully formed,” Pyrtle said of taking on the role of a Marvel superhero.

Because it is reader’s theater, the actors keep their scripts in their hands the whole show and cannot use costumes or sets. The students are only allowed six black boxes and a stepladder as props.

“It’s supposed to be minimal,” Pyrtle said. “You’re only supposed to use your actions and your own voice to breath as much life into the characters as you possibly can.”