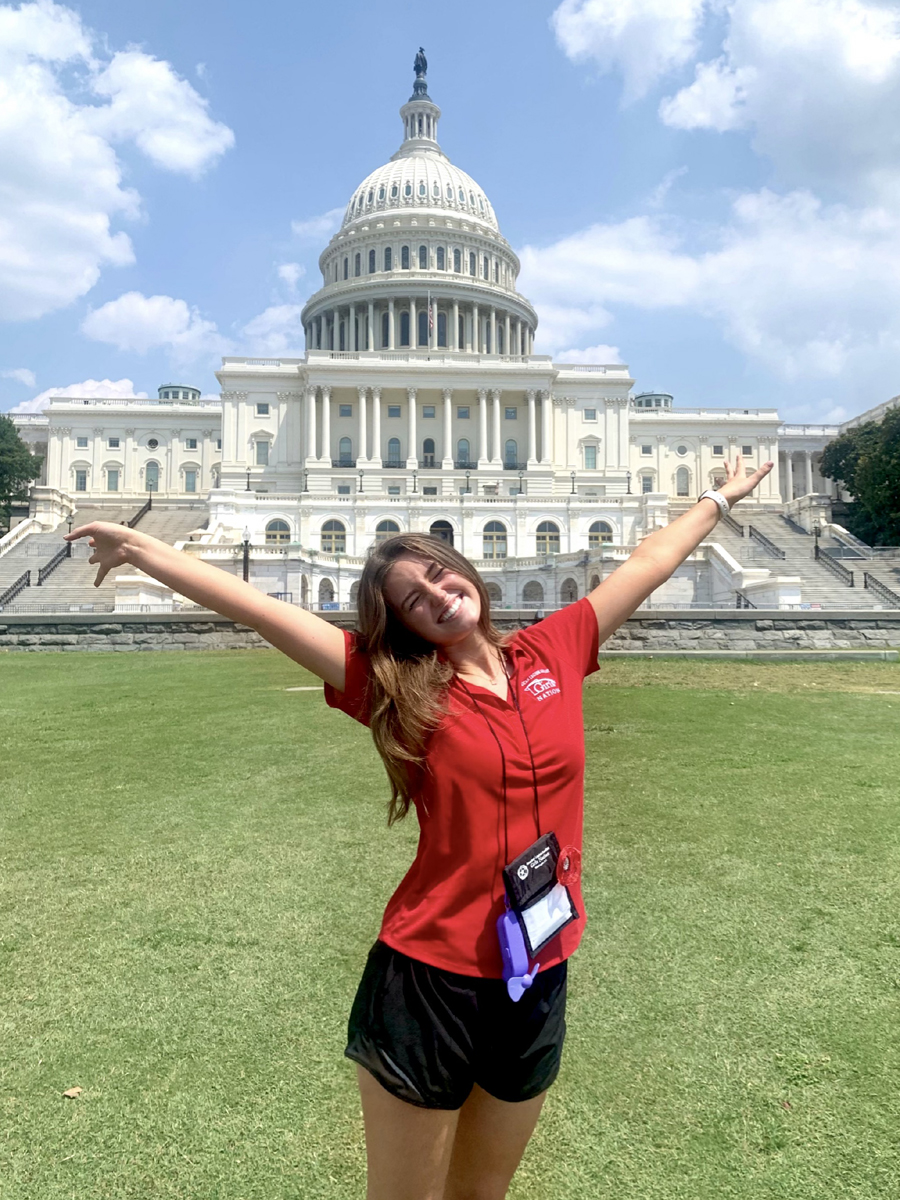 Jackson High School senior Lydia Pobst said she now wants to get involved in politics in the future because of her experience at American Legion Auxiliary Girls Nation this summer.

“I will say it was nothing short of life changing,” Pobst said. “I had no idea what to expect going into state and nation, and I ended up figuring out that I absolutely love politics. Before, that wasn’t even in my mindset.”

Only two students in each state are selected to attend Girls Nation, where they participate in a mock senate and learn more about how legislation and the federal government works over seven days.

Pobst said she wasn’t evenaware of the Girls Nation program until she arrived at the ALA Missouri Girls State in June. There she decided to go through the interview process to be considered for Girls Nation.

“You had to write a piece of legislation that they judged, as well as go through three interviews and then an onstage question,” Pobst said. Her legislation was called the Small Business Expansion Act, which would help provide loans and training to small businesses to help the economic recovery from COVID-19.

Pobst was chosen from Girls States approximately 470 attendees as one of Missouri’s representatives at Girls Nation, along with Sally Green from Kansas City. Pobst said they were able to present Green’s legislation dealing with the SNAP nutrition assistance program to the other students and argue on the senate floor.

In addition, the students were able to meet with various senators and representatives on Capitol Hill and take field trips to locations such as Arlington National Cemetery and the White House.

Pobst said her favorite location they visited was the World War II Memorial. “It was really special to me because both of my great grandparents served in that war,” she said. “I got both of my grandmas a picture of the monument, so it’s now a special part of Girls Nation I was able to take home to my family.”

As one of the chosen Girls Nation participants, Pobst also visited Jefferson City on Oct. 16 to speak to members of Missouri’s American Legion Auxiliary about her experience.

“The best part for me was after that we got to tour the inside of the state capitol and go up above the dome,” Pobst said. “I had never even known you could get up there before, and it was like a bucket list moment to be able to do that.”

Pobst will attend Southeast Missouri State University next fall, where she will major in marketing management and minor in political science. Pobst said she plans on building her resume in the corporate world until she can run for political office.

“I’m going to try to pursue more of a career towards politics,” Pobst said. “I don’t think the American Legion will ever know how much they changed my life with those two programs.”

Pobst said she recommends all girls who have ever thought about politics to try to go to Girls State and Girls Nation. “It has completely changed my life,” Pobst said. “You never know what you’re going to try that will change the course of your life forever.”