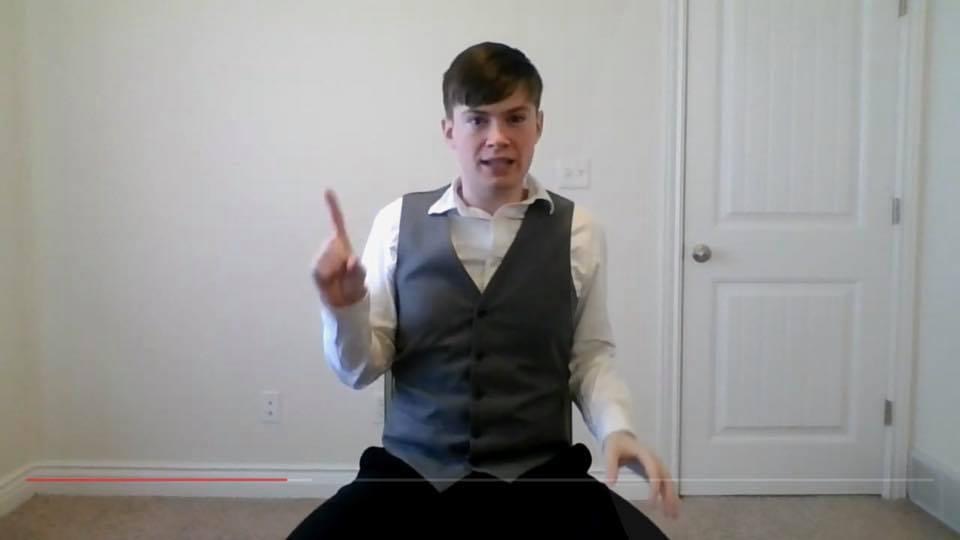 Jackson High School’s speech and debate team finished their season strong, with senior Giovanni Mayfield-Wubbena becoming the third state champion in the program’s history and the first to move on to the National Speech and Debate Association’s national tournament.

“Winning state was unbelievable,” Mayfield-Wubbena said. “I did not expect that with all these new crazy challenges and how stressful things were. I didn’t feel like I was at my best, but I ended up taking what was given to me and just worked with it and tried my hardest.”

Due to COVID-19, the team’s season was completely virtual this year, with students usually sending in pre-recorded videos to be judged. The students would record new videos for each competition, so they could adjust to the feedback they received.

“It’s definitely a lot different than before,” Mayfield-Wubbena said. “It’s good and bad, because you don’t have those really long nights and the long bus rides, but you lose out on the human interactions – feeding off the crowd and getting more energy that way.”

He qualified for the national tournament in the humorous interpretation category, where students perform longer comedy monologues aimed at an older audience. For this category, Mayfield-Wubbena performed “Triune Tale of Diminutive Swine,” a Shakespearean retelling of the three little pigs.

To qualify for the national tournament, Mayfield-Wubbena had to perform his speech live over Zoom. He competed over two days and had to give his speech live in several rounds.

“I had to log on to three different Zoom things throughout the day and do the same piece over and over, which is more like traditional competitions,” Mayfield-Wubbena said. “It was an adjustment to have to go from not doing it that way to going back to what it was like in the past, so I had to mentally prepare myself.”

Mayfield-Wubbena will compete in the national competition this summer. “I’m so grateful for this opportunity,” he said. “I’m still wrapping my head around it.” 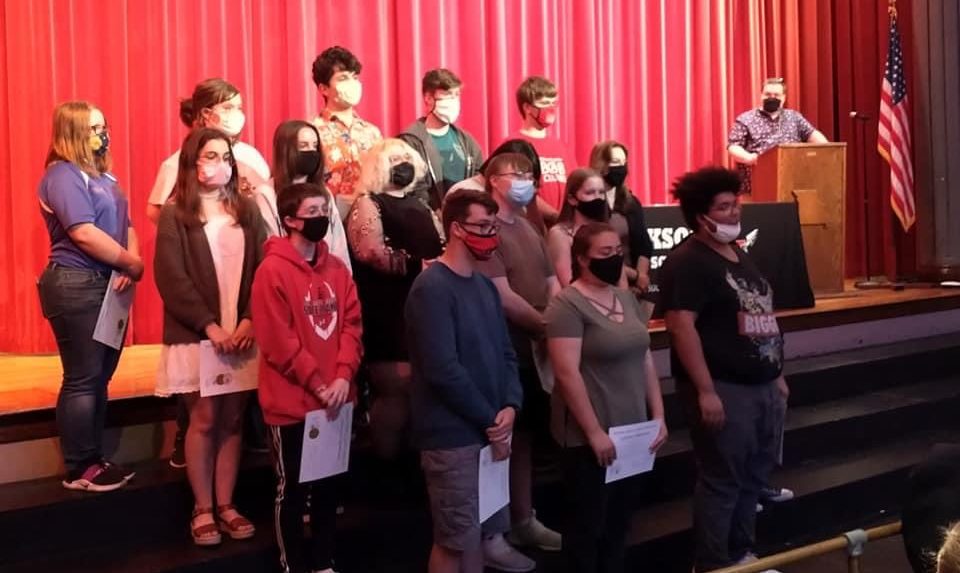 Speech and Debate students were recognized at their speech, debate and drama banquet on April 27. Submitted Photo

In addition to Mayfield-Wubbena, three other Jackson students were able to compete at state. Senior Emily Peters competed in the original oratory category after winning the district championship in that category.

Peters competed with a persuasive speech she wrote about how agriculture and the environment can live in harmony. “The thing I really love most about being in speech and debate is that I can take my knowledge about agriculture and put it into those speeches,” she said.

While this was Peters’ first year on the team, she related to her teammate’s comparison to in-person competitions. Peters said she has given speeches in person for FFA this year. “It is different doing a speech over a video as opposed to doing it in-person in front of a panel of judges,” she said.

Clubbs competed in the radio-speaking category, where students are judged by how they perform news segments and fill exactly five minutes of airtime. “We talk as if we were on radio,” he said.

Clubbs said he enjoyed recording his speeches and still getting to compete during COVID-19, but he missed some of the community aspects of being with others on the team and being able to use in-person cues to adjust his performance.

“It’s really interesting because when you’re competing in person, you can see the judge writing while you’re performing, and you can get an idea of what they think,” he said. “This year we would get our ballots a few days after the event ended.”

Graham performed excerpts from Zimbabwean poet Billy Chapata’s book, Chameleon Aura, as her poetry reading. She said the poetry told a story about growing and evolving as a person.

Graham, who has been a part of speech and debate all three years at JHS, said she has grown a lot as a part of the team. “It’s taught me to have confidence in myself,” she said. “It’s helped me come out of my shell so much and I really appreciate that.”

She also mentioned that this year was definitely a different experience, with her learning that she placed at districts while in the middle of Hobby Lobby watching a streamed award ceremony.

The team members wanted to thank their coaches, especially Bob Clubbs, for the work they put into handling their video submissions and helping them have a season.

“We owe them everything,” Peters said. “This was a challenging year for us, but I believe it was 10 times more challenging for them. I want to give them credit because they deserve so much.”