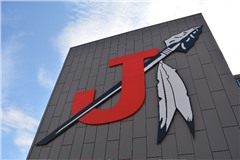 The Jackson R-2 School Board approved a budget, including a two percent increase for staff salaries, for the upcoming school year during a special Board of Education meeting June 23.

The Board approved a one percent increase on every level of the certified salary schedule for the upcoming school year. Certified staff members move up a level every year they work for the District, meaning they will each receive a two percent total salary increase from last year.

Director of Finance Terry Gibson said the salary increases were the thing he was the most proud of with this year’s budget, adding that the District asked a lot from their staff in handling the COVID-19 closure and distance learning.

Gibson also said the District’s salaries, which account for 55 percent of the District’s expected expenditures, are also staying competitive with area school districts.

The increase, which is around a $2 million increase from last year’s salary expenses, was offset by spending less on capital projects, purchased services and supplies in the coming year.

Gibson said the decrease in capital funds is a short-term solution, but one the District can take after improving almost every District building in the past five years. However, he said that building back up the capital funds will need to be kept on the radar in future budget considerations. “Long term I’m not going to get away with shorting our capital projects account,” Gibson said.

In terms of purchased services and supplies, Gibson said a lot of those cuts were already under consideration before the COVID-19 closure happened. He said that he met with every building principal and the cuts were not necessities for the schools. “Kids are still going to have a great experience, we just might have a few less 3-D printers,” Gibson said.

He did add that the budget did account for COVID-related supplies and expenses, including additional cleaning supplies, personal protective equipment and budgeted overtime for sanitation workers.

Overall, Gibson said the coronavirus had both positive and negative effects on the District’s finances for the coming year. Due to the closure, the District did not spend as much as expected in the 2019-2020 school year. Gibson said the District spent less on food-related expenses, did not have substitute teachers during the closure and usually scheduled student and professional development trips were canceled.

On the other hand, state funding was cut by around $1.8 million over the past three months. Gibson said that increases in federal funding through the CARES Act will not fully outweigh the lost state funding, but the District was able to end the 2019-20 school year close to where they expected to be financially.

“If you look at our summary and you see the beginning balance for 2021, those balances are fairly close to the beginning of last year, so we ended up pretty fortunate in that situation,” Gibson said.

Superintendent Dr. John Link said there are several other school districts in much worse shape than Jackson, particularly because the state initially said school districts would remain fully funded.

“There are a lot of schools right now that are cutting staff and people are losing jobs right now,” Link said. “That’s sad that it’s June and people are starting to lose their jobs, but we just didn’t see it coming.”

Over 50 percent of the District’s funding is through local tax revenue, followed by 38 percent coming from the state. The District also receives six percent of its funding from the federal government and two percent from Cape Girardeau County.

Salaries are by far the largest category of expenses for the District, followed by an additional 18 percent that covers employee benefits. The District plans on spending around 10 percent of its budget on supplies, seven percent on debt payments, seven percent on purchased services and three percent on capital project.