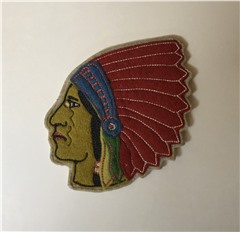 Jackson High School is looking for items to display in the new freshmen center once school begins in the fall. The new addition will include elements of the demolished “A” Building, including the school bell displayed out front and historical items indoors that track the history of Jackson and its schools.

Preserved limestone archways from the “A” Building, which was the original Jackson High School, are being built in the new building to frame display cases, where memorabilia from JHS’s past will be displayed.

The school has already received some items for the displays, but it is looking for more, according to Director of Communications Merideth Pobst.

“Even though it is a new building, we are a community that is very rich in tradition,” Pobst said. “We wanted to protect that history the best that we can while incorporating it into the progress of a new structure.”

The District has received items such as a patch from Arnell Godwin’s 1935 letter jacket. Godwin was part of that season’s football team that went undefeated and unscored upon that year. The school also received a yearbook from the old Jackson Military Academy.

The school is welcoming all donations or loans, no matter how large or small. Pobst said if someone brought in a piece of furniture related to the school, they would try to find a way to properly display the item. They are also looking for items such as band uniforms, sports memorabilia, event programs and old yearbooks.

“We know that there is so much history in Jackson that people may have in a basement or storage room,” Pobst said. “We would love to borrow those items to help preserve the history and educate others on the past of Jackson the city and especially the schools.”

Part of the original plan for the interior of the new addition was to have a mural of the “A” Building. Superintendent John Link said at the latest School Board meeting that no image of the old building was found with enough resolution to be enlarged to the size needed without becoming blurry.

Instead of the mural, the building will include a two-story cable art display, where cables are hung and display various photographs of the old building, school activities and the City of Jackson. Link said they got the idea looking at a similar display at the Drury Plaza.

“I think that will be better than a mural where you can’t really tell what it is,” Link said.

Pobst asked for those who are willing to donate or lend items or photos for these two projects to contact her at the District office. She said people can drop things off, but she would prefer to meet with the individuals to get the story behind the items.

She added that while the first round of displays will go up in August, the school will continue to collect memorabelia that will rotate into the display cases.

All the artifacts will be behind glass and the photos used for the cable art display will be copies to protect the originals. Pobst is working with a few of the history teachers at the high school to find ways to display the items artistically, but with preservation in mind.

Pobst added that she gives tours in the fall, if community members would like to see the items once they are displayed.