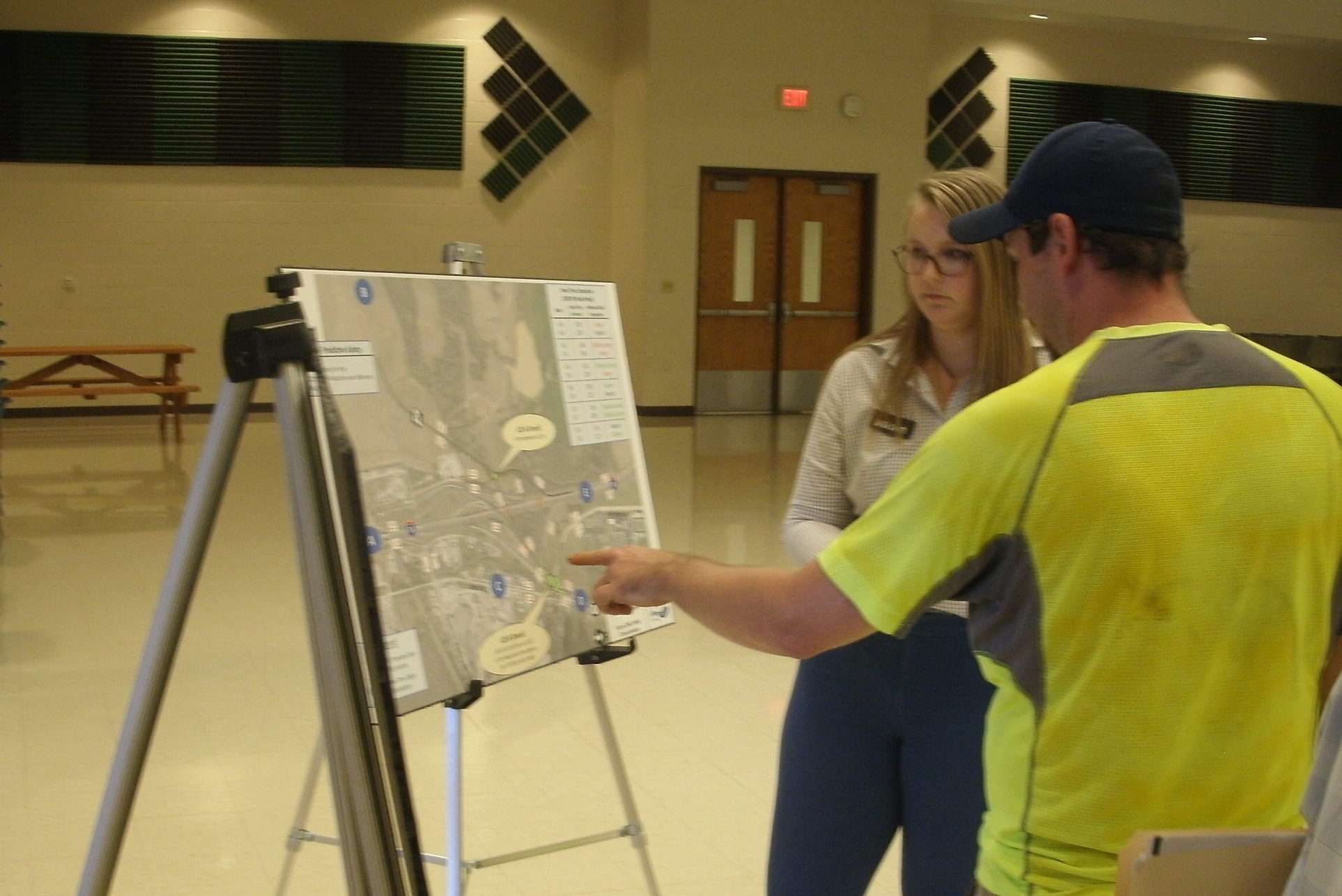 Four options have been prepared by MoDOT for repair and/or renovations to the U.S. Hwy. 61 (Kingshighway) bridge on the south side of Cape Girardeau that joins I-55 at Exit 93. The four options were presented to the public July 27 during an open-house-style meeting at the Career and Technology Center in Cape.

Citizen input was gathered to help MoDOT select the best option to pursue.

The bridge over I-55 at Exit 93, referred to as a “flyover,” is old and in need of repair soon. Built in 1961, it is currently listed in “poor condition” by MoDOT, yet it continues to carry more than 7,000 vehicles a day.

“The flyover needs to be replaced, and we are also exploring alternatives for reconfiguring the interchange,” said Tim Pickett, MoDOT project manager.

The simplest alternative — and the least expensive — is to rebuild the bridge in the same configuration that currently exists. All of the existing roadways and intersections will remain the same, including the traffic signal at Silver Springs Road and Hwy. 61.

This option has been labeled “Alternative D: Minimum Build.”

The other three options all place the traffic signal at Silver Springs Road with a roundabout.

A roundabout is preferred to a signal because it’s safer, explained Don Saiko with Garver Engineering. With a traffic signal, if a motorist runs a red light and crashes into another vehicle broadside (called a “T-bone”), there is greater damage to the vehicles and greater chance of injury or death, than in a roundabout where one vehicle fails to yield to another. In roudabouts, vehicles don’t T-bone; if they hit, they sideswipe each other, and this causes less damage and fewer injuries.

Options A, B and C all involve building a new bridge over I-55 north of the current location. Many of the current freeway ramps and side roads will be eliminated as traffic is moved to the new configuration. Highway 74, just south of the flyover bridge, will lose direct access to I-55 on all three options. It will dead-end on both sides of I-55. Traffic will be rerouted to the new Hwy. 61 bridge.

“Option A: Diverging Diamond Interchange” turns Highway 61 into a diverging diamond interchange as it crosses over I-55. This means adding traffic signals where traffic lanes cross each other, just as Highway 61 is now configured at Exit 99 between Cape and Jackson. This option supports the heaviest traffic movements, but if motorists accidentally exit I-55 here, there is no easy way to re-enter the interstate.

“Option B: Dogbone Interchange” will add two more roundabouts, one on each side of I-55, giving the new bridge the appearance of a dogbone. It will eliminate the need for traffic signals and allows motorists to easily re-enter the freeway if they accidentally take this exit.

The goals of this project are to simplify access and merging movements for motorists traveling from Hwy. 61 onto southbound I-55; to replace the aging bridge over I-55; to reduce driver confusion at Exit 93A and 93B by eliminating the Highway 74 interchange; to improve the level of service to all vehicle types and to improve bridge clearance and flooding issues at I-55 and Hwy. 74.

MoDOT’s Core Team will review public input this month and select a preferred alternative. Preliminary plans are expected to be approved in September 2023. A public hearing will be held in October 2023. Contracts are expected to be let in February 2026, with construction starting no sooner than April 2026.