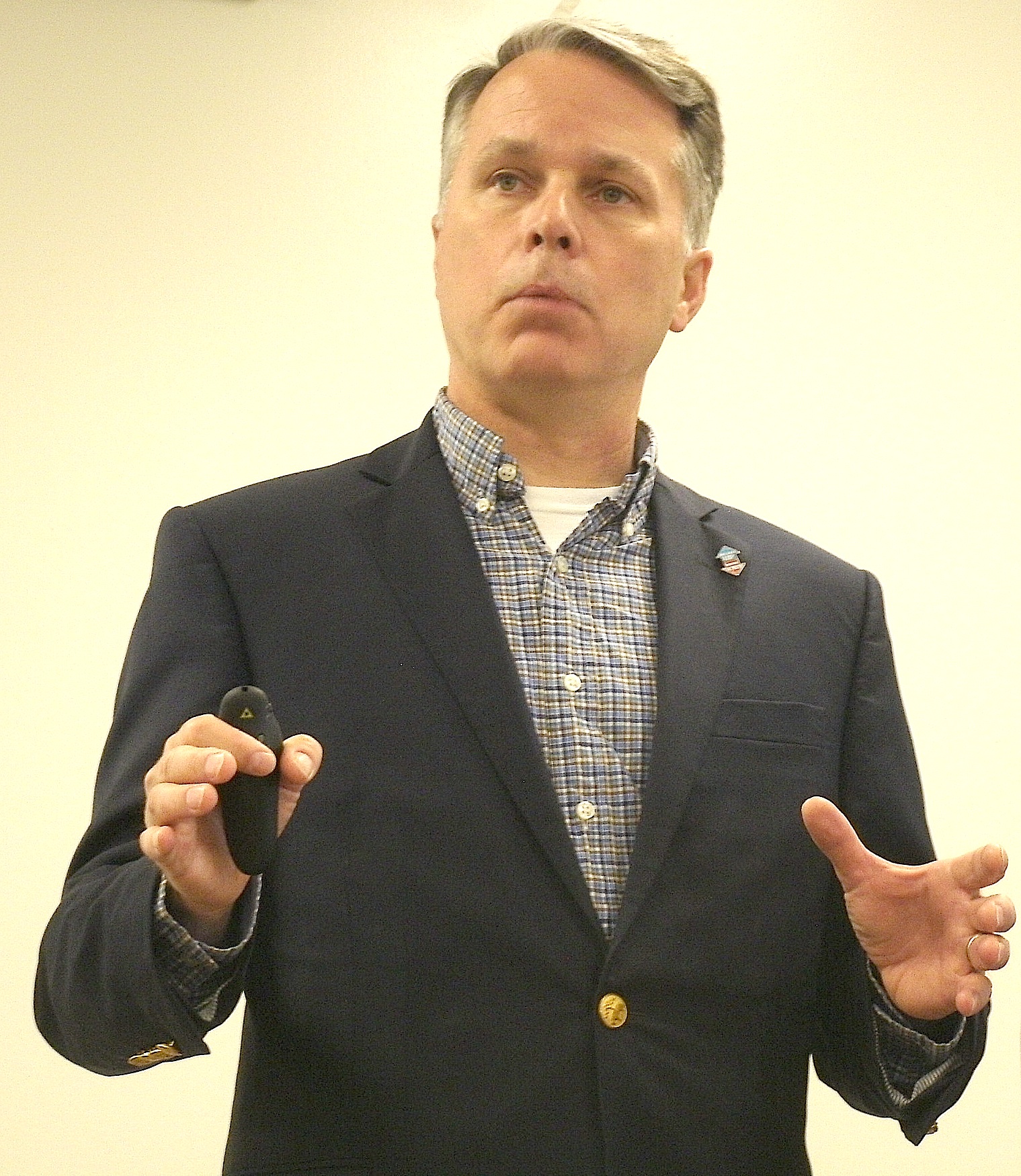 Because voters approved the first increase in fuel tax in 25 years, and Congress recently passed an infrastructure bill, MoDOT is expecting an influx of cash, allowing it to complete road and bridge projects that up to now have been unfunded.

MoDOT has published a list of unfunded projects and is seeking public input. A copy of the draft document is available online and public comments will be accepted through today, Dec. 22, at www.modot.org/unfundedneeds.

About 50 people from throughout Southeast Missouri attended a public meeting on Dec. 2 at the Osage Centre in Cape Girardeau to discuss priority unfunded transportation needs in this area.

“A really important part of what we do is to have public engagement,” said MoDOT Director Patrick McKenna. “I just want to let you know how excited we are that you’rehere. We know that there are unmet needs on this transportation network that we are tasked with managing. It is through public engagement that we try to find — even with limited funds — we try to find the right priorities.”

A list of unfunded projects has been devised so when funds become available, these projects will be ready to go.

The projects are prioritized into three tiers. The first tier lists $500 million in projects, but none of them are in Cape Girardeau County. Some preliminary work has been done on those projects, and they are ready to go once funding is available.

Tier 2 has a total of 99 projects listed which will total about $2 billion. Projects in Cape County include the following:

• U.S. Hwy. 61 intersection improvements from I-55 in Fruitland to Route D in Jackson. The estimated cost is $1.6 million.

• I-55 capital improvements at Exit 93 in Cape Girardeau. The estimated cost is $17 million.

Tier 3 projects have a lower priority. The following projects in Cape County are listed in Tier 3:

• I-55 between U.S. Hwy 61 and Route K in Cape Girardeau, add lanes to provide a six-lane highway. The estimated cost is $29 million.

There are several unfunded multimodal needs in Cape County. These are projects other than roads and traffic bridges.

• Construct phase one of the North Jackson-Cape Trail. The estimated cost is $2 million.

• Construct a pedestrian crossing at Route K and Farrar Drive in Cape Girardeau. The estimated cost is $60,000.

• Construct a pedestrian crossing at Route 61 and Deerwood Drive in Jackson. The estimated cost is $60,000.

Missouri has “one of the largest transportation networks in the nation,” McKenna said. “We’re seventh largest; 34,000 miles of roads; 10,400 bridges.” That figure is double and triple of some of our surrounding states, he added.

Our transportation system cost about $50 billion and took 100 years to build. To improve its aging condition to today’s standards will cost an estimated $150 billion. But MoDOT’s budget was less than $500 million a year.

The Missouri gas tax was set at 17¢ per gallon for the past 25 years. Because of inflation, that 17¢ lost more than half of its purchasing power over that time. “We haven’t been able to purchase as much construction,” McKenna said.

In spite of that, MoDOT has completed 4,300 construction projects in the past 10 years. The projects were completed 94 percent on time and seven percent under budget, which saved the state almost $900 million.

“We do try to manage that and try to bring good value. It’s out of necessity because we simply haven’t had enough money to take care of all the needs on the sytem,” McKenna said.

Recently passed federal legislation will send about $7 billion in federal funds to Missouri for roads and bridges. “It’s fantastic that that’s happening,” McKenna said. “This is the first time in many of our careers that we’ve seen this type of increase.”

In addition, some American Recovery Act funds may become available for improving infrastucture as well.

Missouri’s transportation funding increase will allow MoDOT to fund all Tier 1 projects and a good portion of Tier 2 projects. MoDOT will take the public input it has received and create a finalized plan that will be brought before the Transportation Commission for approval next June.