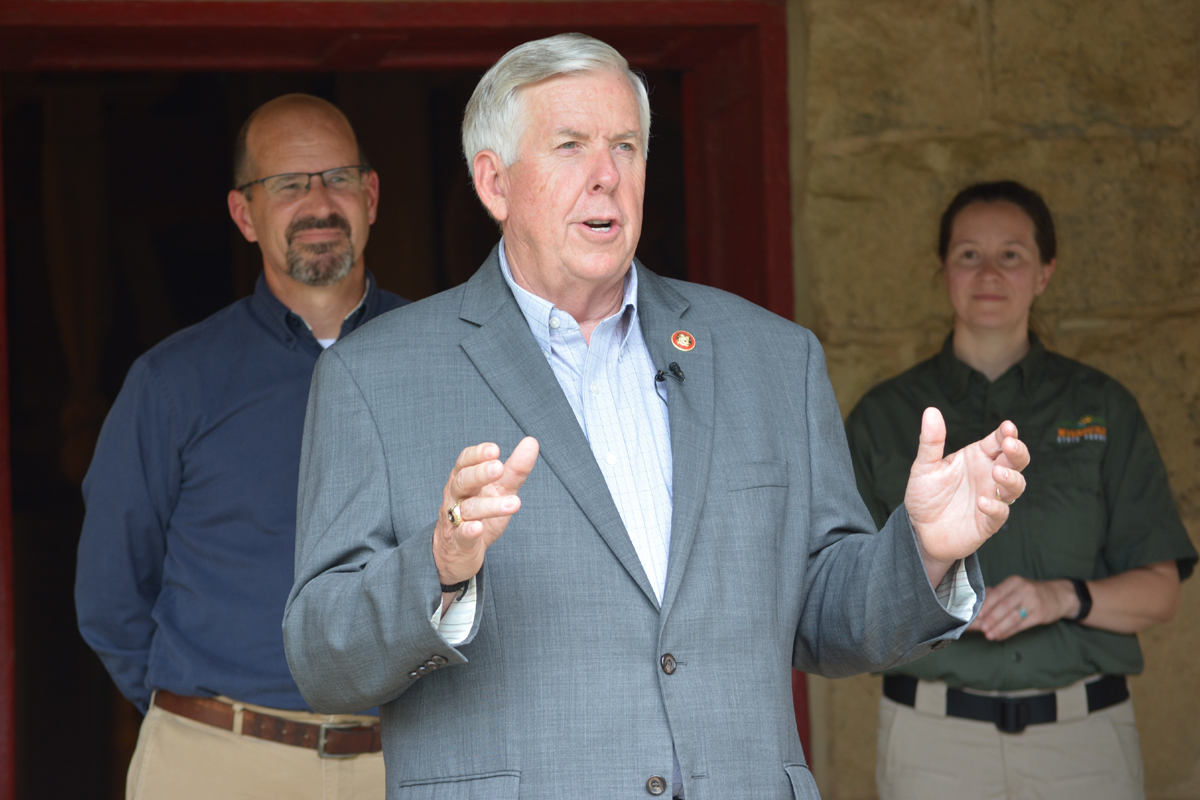 “We’re celebrating 200 years, and the only reason all of us are here today is because of what people have done before us,” Parson said, adding that famous Missourians such as Mark Twain, Walt Disney and Ulysses S. Grant have impacted the course of history in Missouri and the nation as a whole.

“You think of all the things that have happened in our history and what impact has come from Missourians,” Parson said. “I believe that the reason they were so successful is because of the values that we have in the state – whether those are Christian values, moral values or being hard-working people.”

Parson said those values are what has kept the state going for 200 years. “We have been through very difficult times in our past and many more good times, but we’ll get through these times that we’re seeing now and we’ll move forward and be better off for it,” he said.

Parson celebrated the state’s diversity and said all Missourians help make the state better every day. “One thing I love about this state is that the people of this state are absolutely models for the rest of this country,” he said.

Missouri celebrated its bicentennial on Aug. 10, marking 200 years since Missouri entered the Union as the 24th state. Parson noted that Bollinger Mill is “playing an important role” in the celebration as the face of the U.S. Post Office’s Missouri bicentennial stamp.

The Bollinger Mill, which was built in 1867, is a state historical site and is currently under construction to repair the building’s foundation and stabilize its retaining wall.

“It’s a little disruptive down here with the construction work, but for me that’s a good scene, Parson said. “That means people are working, jobs are out there and we’re preserving the history of this state.” 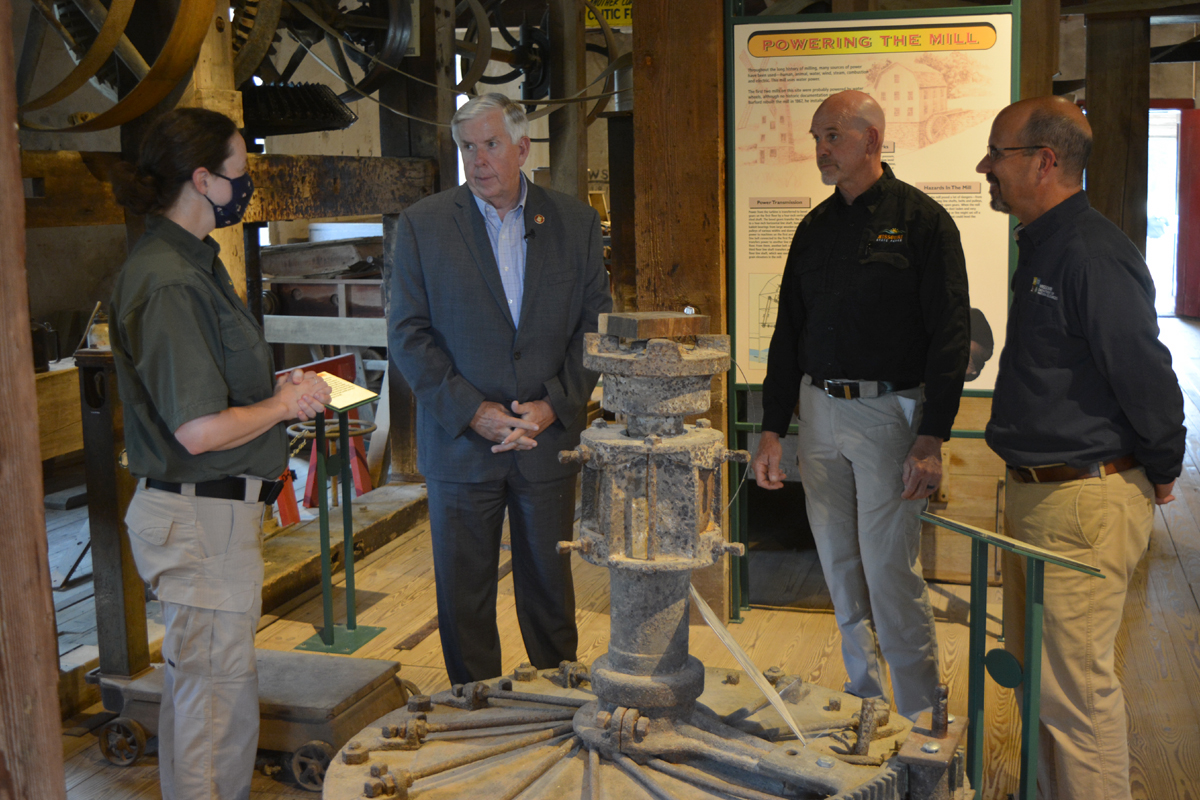 The governor invited all Missourians to visit Jefferson City on Sept. 18, when the bicentennial parade and ball will be held. Parson said the Bicentennial Inaugural Parade will include showcases for all 114 counties in the state, as well as the Clydesdale horses and a World War II nurse from Missouri as the grand marshal.

“I am sure Bollinger Mills will be represented somewhere in that parade because it is going to be our Bicentennial stamp,” Parson added.

The bicentennial ball will be held outdoors at the Missouri State Capitol lawn. “The reason it will be outdoors is so the public can come and take part in that evening, so I want to invite you all there,” Parson said.

Parson was asked about the state’s handling of COVID-19 as the Delta variant has spread throughout Missouri. “We still got a big challenge on air, but we’re starting to see things in southwest Missouri level off which is a good sign,” Parson said.

He added that the state will continue to keep working to make sure as many people who are willing to be are vaccinated — including a $5 million marketing campaign and the state’s vaccine incentive program.

“I don’t like the idea that you have to almost pay somebody to take the vaccine, but that’s kind of the point we got to,” Parson said. “But we understand the Delta variant is a very serious part of this virus, and we got to do everything we can do.”

Parson said the state knew in January that around 45 percent of Missourians would not take the vaccine. “We knew there was going to be a hesitancy and I think we’re seeing that. It’s maybe not what we want to see, but we knew that was going to occur.”

Parson reiterated that he said he was against a statewide vaccination mandate, calling vaccinations a “personal responsibility” and saying it is up to individuals and private businesses to decide what they should do.

Parson did say the vaccine is the answer to get us through the pandemic and is encouraging people to talk to their health care providers about getting a COVID-19 vaccine.