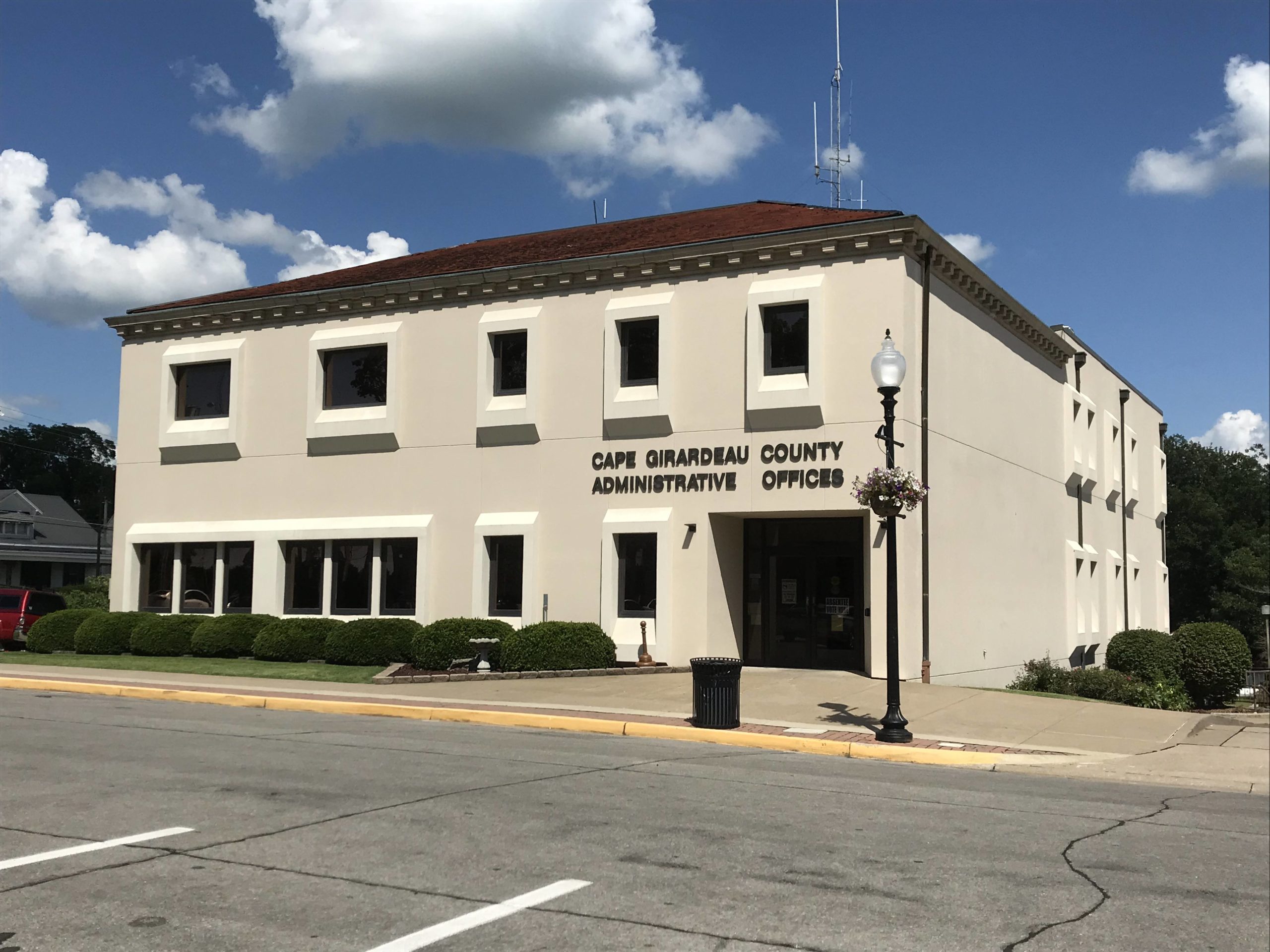 The project, which also includes renovations to the historic 1908 Cape Girardeau Courthouse in Jackson, is budgeted to cost a total of $42 million. The county will use $10 million in federal American Rescue Plan Act funds to cover some of the costs related to the jail expansion.

The lease purchase will cover the majority of the project, with Webster Bank providing $32.23 million with interest. The 20-year loan has a fixed tax-exempt interest rate of 3.52% and a yearly cost to the county of about $2.1 million.

The commission approved an ordinance to enter into the lease purchase transaction on Aug. 24. Presiding Commissioner Clint Tracy said the county was initially expecting to issue bonds to fund the project instead of working with an individual bank.

“We were going to do a public offering, but were able to do a private placement [with Webster Bank] after some consulting,” Tracy said. “It saved us money and time.”

The general revenue tax rate, which fluctuates each year, is found using a formula mandated by the state auditor’s office that calculates the eligible maximum property tax reduction based on sales tax collection in the county.

• The commission approved entering into a $32,500 contract with Summerill Group to renegotiate a contract with federal marshals for the housing and transport of federal prisoners.

“We haven’t had a real agreement for a while,” Commissioner Paul Koeper said. “I think currently the federal government pays us $50.50 a day for holding a federal prisoner.”

• The commission approved new shelving for the Cape Girardeau County Archive Center, starting the process of adding moveable shelves to the center. The initial shelves, totaling $10,599 from Bradford Systems, will be a stationary end unit that can have moveable shelves attached in the future.

Archive Director Marybeth Niederkorn said the moveable shelving end unit will be completely paid for through a grant from Missouri Secretary of State’s Local Records Program. The grant was initially going to fund more shelves for the existing stationary units at the archive center.

“The grant was awarded in June and when I went to purchase the shelves, the item had been discontinued and is no longer available from the manufacturer in quantities we can use,” Niederkorn said.

Niederkorn said the commission asked her to look into rolling shelving after the grant application was initially submitted, so she worked with the grant administrators to see if the grant could cover the beginning of a moveable shelve system.

“The whole idea is to utilize the space we have instead of adding on to the building as the archive building fills up,” Commissioner Paul Koeper said.

Niederkorn added that the switch to moveable shelves will increase storage capacity considerably. The new shelves are expected to be delivered in six to 10 weeks.

• The commission approved a $22,767 bid from Riverside Roofing Company to install a new roof on the county highway department shop building. The county also received a bid from Todt Roofing for $26,347.

• The commission approved a contract with Rock Salt USA for $125 per ton of road salt. Rock Salt USA will deliver salt ordered directly to the county highway department.

• The commission approved a sheriff’s office purchase of $22,500 for a 2018 Ford utility vehicle from the Missouri State Highway Patrol. Sheriff Ruth Ann Dickerson said a newly-hired experienced officer will use the vehicle.

• The commission approved an application for the Help America Vote Act (HAVA) Election Security Grant. The grant, which is federally funded and passed down through the Missouri Secretary of State, will cover a variety of election security purchases by the county. County Clerk Kara Clark Summers said the county is eligible for $10,000 in grant funding, which must be spent by December 2023.

• The commission approved an agreement with the Uptown Jackson Revitalization Organization for the organization to use the courthouse lawn during UJRO’s annual Oktoberfest event held Oct. 7-8.

• Representatives from NextEra Energy spoke to the commission on their plans to build a solar energy facility in Cape Girardeau County near Delta. A contract with the county would cover the use of county roads during construction, as well as the repair of county roads after construction is completed.

NextEra operates solar projects in 27 states, and Cape Girardeau County could be among the first solar projects in Missouri. The project would encompass approximately 1,200 acres and produce up to 200 megawatts of energy. NextEra hopes to begin operations in 2024.