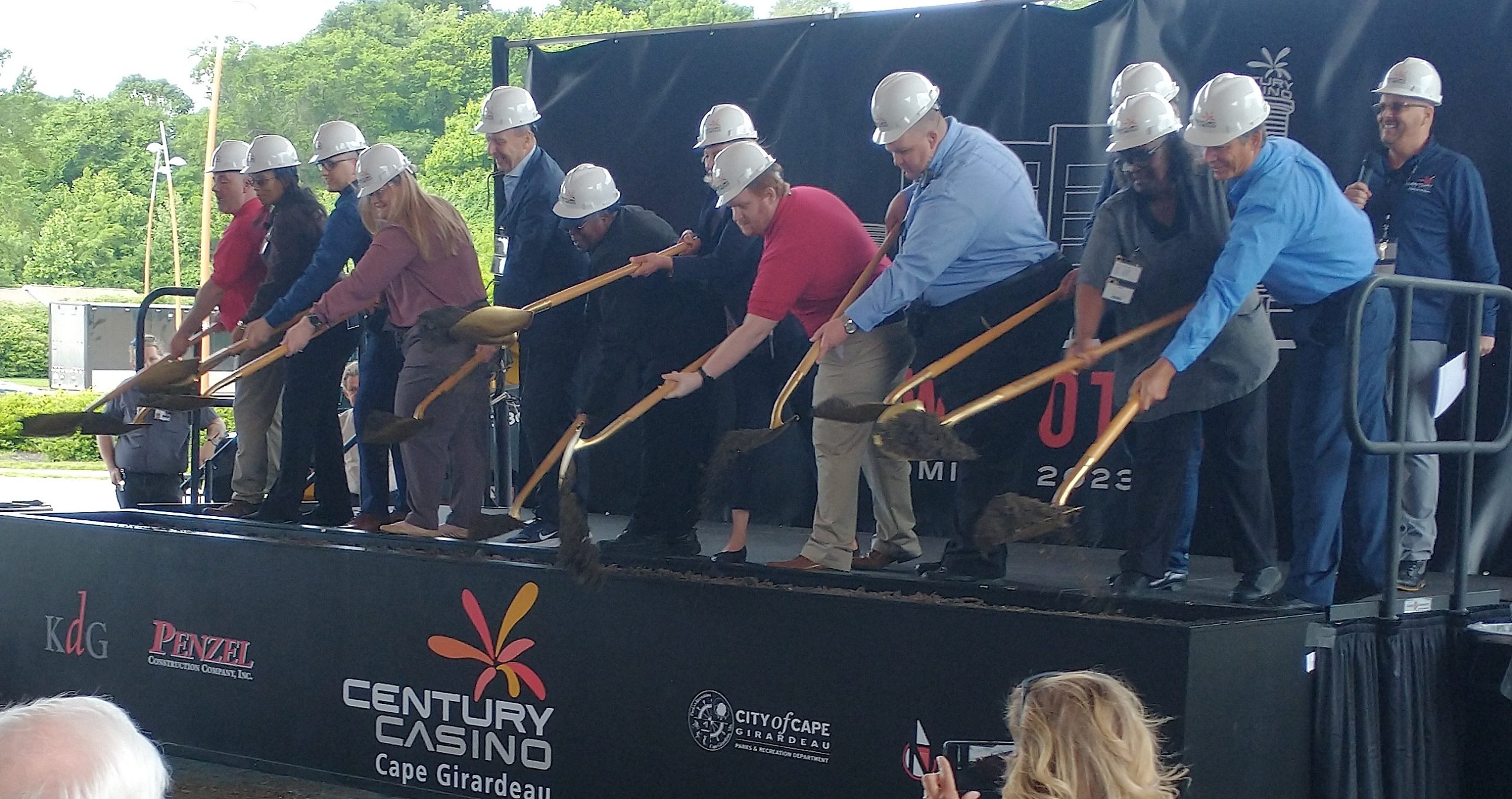 Century Casino in Downtown Cape Girardeau will have the addition of a six-story hotel by the end of next year.

A ground-breaking ceremony was held Thursday, May 26, at the front entrance of the casino. The event was planned for the construction site in the parking lot on the south side of the casino, but gusty winds and a threat of rain forced the event to be moved to a more protected location.

“This day, May 26, 2022, not only marks the construction of a new building, but will signify a change in the landscape of our community for decades to come,” said Lyle Randolph, vice president of operations for the casino.

The hotel will rise well above the flood wall, providing guests a view of the Mississippi River.

Eleven years ago, shovels broke ground for the casino complex, which operated under other ownership until it was purchased by Century Casinos in 2019.

The first floor of the hotel will house the hotel lobby and conference rooms. The upper five floors will contain 69 rooms with suites on the top floor.

A new entrance will have an impressive curved stairway.

The estimated cost of the project is $26 million.

“As we break ground today, we are building for the future. We are building in hopes that it will inspire others in the neighborhood to do the same,” Randolph said.