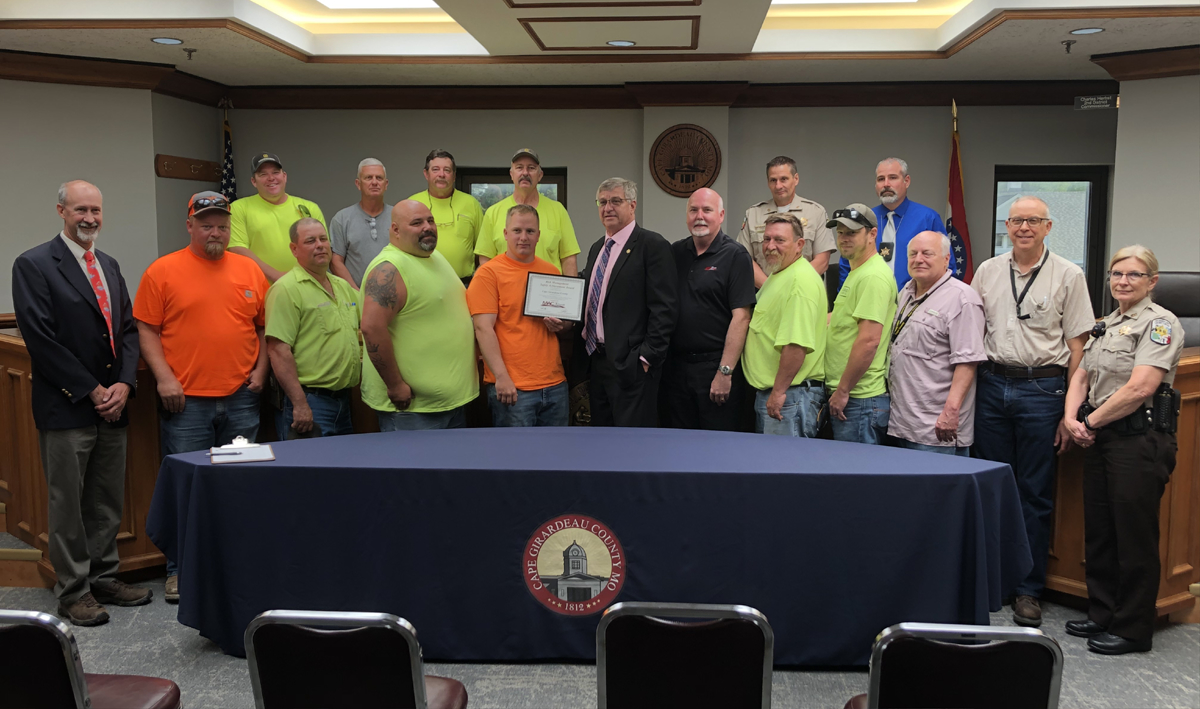 Cape Girardeau County received around half of its funding from the recently passed American Rescue Plan, though plans have not been made on how it will be used. Treasurer Roger Hudson said the County received $7,659,883 directly from the U.S. Department of the Treasury on May 17.

Cape Girardeau County is expected to receive around $15.3 million in funding from the American Rescue Plan, according to the U.S. Department of the Treasury. The remaining funds are expected to be released in a year.

Hudson and Presiding Commissioner Clint Tracy both indicated the County is in “no rush” to spend the funding until further guidance is given on how the funds can be used.

According to the interim final rules released by the U.S. Department of the Treasury, the funds can be used to “respond to the public health emergency or its negative economic impacts,” provide premium pay to essential workers, replace lost public sector revenue or fund infrastructure projects such as water, sewer or broadband investments.

Hudson said the County doesn’t need to allocate the American Rescue Plan funds until 2024 and has until 2026 to actually spend all of the funding.

The American Rescue Plan, which was signed by Pres. Joe Biden on March 11, allocated $362 billion to state and local governments. The State of Missouri was allocated $5.48 billion of ARP funding, $1.19 billion of which is going to local counties.

$830 million is also allocated to Missouri cities with a population of 50,000 or more, and $442 million was allocated for other local Missouri jurisdictions with populations less than 50,000.

The County made the $2.8 million purchase for MOSWIN-capable local and portable radio equipment for the Sheriff’s Office and the seven volunteer fire districts in the county in January.

The project will allow the County to have the ability to easily contact public safety officials from the City of Jackson and City of Cape Girardeau, which have both switched to the MOSWIN radio system.

The County approved a three-year lease-purchase agreement with the seven rural fire departments for the nearly $1.8 million MOSWIN-capable radio equipment on May 13.

• The Commission approved a $118,300 bid from Wireless USA to remove the communications tower attached to the old Cape Girardeau County Courthouse and install equipment at the replacement tower located on a City of Jackson water tower behind Mondi on the north side of town.

The current tower was deemed unsafe to climb, according to Winkler. “It’s old, it’s unsafe and it’s aesthetically unpleasing with the plans to renovate the old courthouse,” Winkler said of the current tower.

Winkler said the tower will be removed sometime in 2020, after the new tower is fully operational. A concrete slab was completed two weeks ago for a storage building to house the computer equipment needed at the new water tower site.

The tower is now as a backup communication system, due to the switch to the MOSWIN system. “MOSWIN will be the primary system,” Winkler said. “We can use this as a dispatch backup for paging and communications.” He added that the emergency management department will continue to use the tower for pending weather warnings and other communications.

The County received a grant from the Delta Regional Authority for $53,000 to help cover the cost of the tower replacement. The remaining funds will come out of the County’s capital improvement budget.

• Cape Girardeau County was recognized for having the biggest reduction of claim of the first-class counties taking part in the Missouri Association of Counties’ MAC Workers’ Compensation Trust.

Sean McGonigle, a risk manager for MAC Trust, said they insure the majority of counties in the State of Missouri and this was the first year they gave the Risk Management Safety Achievement Award. He said the county saw a 38 percent drop in worker’s compensation claims last year.

“We started to see a huge increase in the premiums a couple of years ago,” McGonigle said. “While the number of claims the county has is not that significant, some of the costs associated with those premiums had really started to skyrocket.

McGonigle said the County had worked hard to implement more safety procedures, which has resulted in fewer claims and lower premiums.

Commissioner Paul Koeper said the award goes to the County staff members who have worked hard to improve the health and welfare of the work force. “I appreciate it and keep up the good work,” he said to workers at the May 24 meeting.

• The County received two applicants for a request for qualifications for a design/build consultant. Navigate Building Solutions and Cresa submitted RFQ to consult on the future renovation the old Cape Girardeau County Courthouse in Jackson. The Commission referred the applications for review on May 13.

• The County entered into a four-year bank depository agreement on May 20 to continue working with Wood and Huston Bank.

Taylor, a retired rheumatologist, was appointed on April 12 and has attended the past two public health meetings as a board member.

• The Commission approved a $74,454 bid from ArcaSearch for digitizing records on May 13. The project, which will digitize loose-leaf records, was funded by the recorder’s technology fund for the preservation of records.