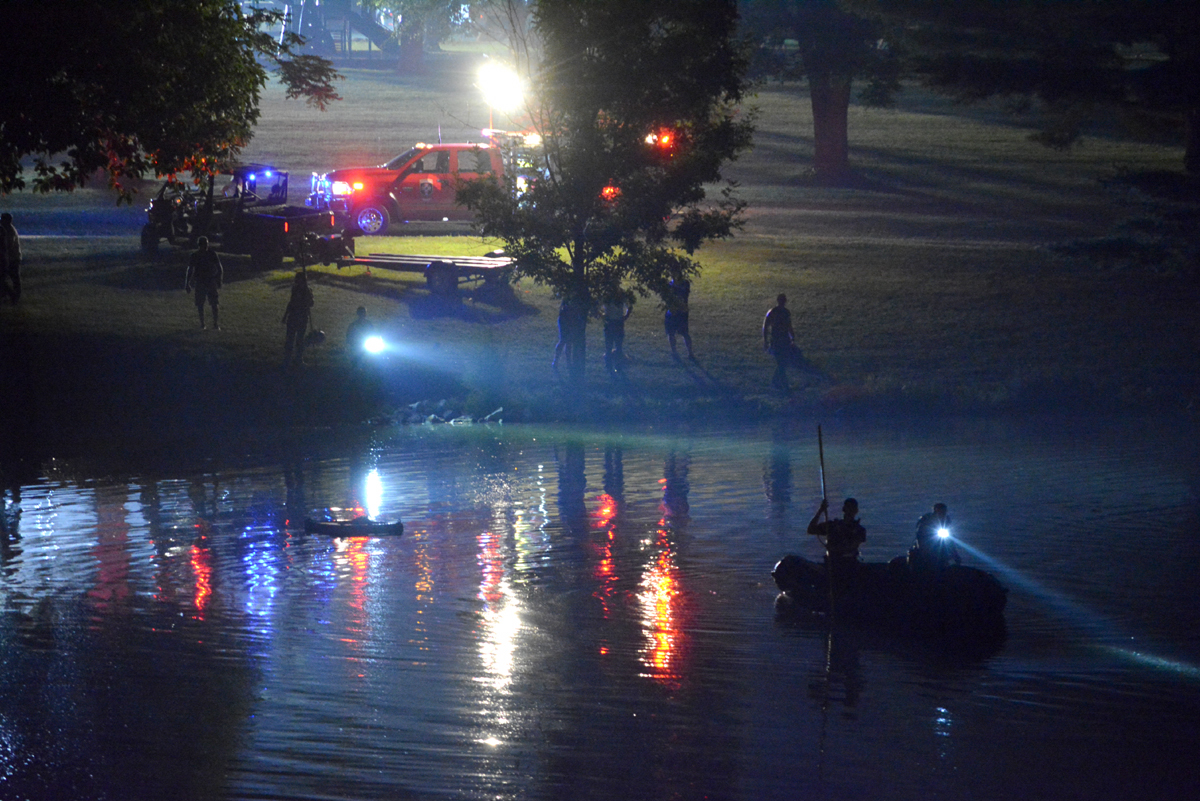 Jackson joined the nation in celebrating our country’s 245th birthday on Sunday, July 4. Most of the activities that had been cancelled in 2020 due to the pandemic were back in 2021. The fireworks display was marred by the drowning of a 58-year-old man in Rotary Lake. Police searched for the body, finally recovering it about 1:30 a.m. Monday morning, July 5.

Gov. Mike Parson came to Cape County Park North and used the backdrop of the diverging diamond intersection (DDI) to sign SB 262 into law, increasing the Missouri gas tax by 2.5 cents per gallon annually for five years, starting in October 2021.

A milestone was reached July 12 in the DDI as the concrete bed for the northbound lanes of the I-55 bridge were poured. Phil Penzel, president of Penzel Construction, said this was “the last major hurdle.”

Jackson High School announced it would start a Hall of Fame for JHS athletes at the July 13 School Board meeting.

The Cape Girardeau County Commission approved a $208,420 contract with Navigate Building Solutions of St. Louis to create a facility needs study of the county’s buildings in Jackson. Among other things, this study will help the commission decide upon the future use of the old courthouse.

Two improvements being made in Jackson city parks this past summer were the creation of a new baseball diamond in Brookside Park and a pickleball court in Litz Park. There was talk of naming the baseball diamond after former Jackson Mayor Barbara Lohr, who died June 15.

On July 21, it was announced that the Delta variant of the COVID-19 virus was in Cape County.

Jackson’s Homecomers event was held July 27-31. It had been cancelled in 2020 because of the pandemic.

On Friday, July 30, SoutheastHEALTH held a ground-breaking ceremony for a new West Campus expansion in Cape Girardeau that will house orthopedics and sports medicine and also women’s health services.

On Monday, Aug. 2, Gov. Mike Parson stopped at the Bollinger Mill in Burfordville and Fort D in Cape Girardeau on his bicentennial tour. Missouri’s bicentennial was Aug. 10, but numerous bicentennial events were held around the state throughout the year.

Jackson joined other cities around the state as they celebrated Missouri’s bicentennial Aug. 10, with an ice cream social. Jackson’s event was held on the old courthouse lawn.

On Monday, Aug. 16, The Jackson Mayor and Board of Aldermen approved the application to MoDOT for a cost share program to construct a roundabout at U.S. Hwy. 61 N. at Deerwood Drive. This will become the third roundabout in Jackson.

Saxony Lutheran High School started a new school year Thursday, Aug. 19. The school had 63 new students, 60 of whom were freshmen.

On Tuesday, Aug. 24, the Cape Girardeau County Public Health Board passed a motion affirming the current CDC guidelines for strongly recommending the wearing of face masks and getting COVID-19 vaccinations. Passing the motion was difficult as a crowd of 80-100 people kept interrupting the meeting with shouts of disapproval.

The Optimists had been busy refurbishing Safety City in City Park. On Saturday, Aug. 28, the Optimists held a grand reopening ceremony and gave away bicycles, scooters and helmets.

The month ended with a sign being installed by a historic tree in Jackson City Park Tuesday, Aug. 31. The Jackson Tree grew from a cutting taken from the southern magnolia tree planted by President Andrew Jackson at the White House.

On Sept. 9-10, eighth-graders at Jackson Junior High School packed more than 101,000 meals for children in need served by Feed My Starving Children. This was the first year the junior high participated in the event.

Early Friday morning, Sept. 10, Southeast Missouri State University celebrated Patriots Day a day early with a celebration in front of the Academic Center. The flag was lowered to half staff and 2,997 small flags decorated the lawn to honor the victims who died in the terrorist attacks of Sept. 11, 2001. Local first responders were given commemorative military challenge coins.

The Republican Women’s Club held its annual Lincoln Day dinner Friday night, Sept. 10, at the Knights of Columbus Hall in Jackson. The event had been cancelled in 2020 because of COVID-19.

The next day, Saturday, Sept. 11, marked the 20th anniversary of the 9/11 terrorist attacks on America. Jackson Fire Rescue celebrated the anniversary with a 3.43 mile walk down East Jackson Boulevard in full gear (honoring the 343 New York City firefighters killed on 9/11) and holding a brief ceremony that included bell ringings in front of Fire Station No. 1.

Meanwhile, Arena Park in Cape Girardeau was bustling with the sights, sounds and smells of the SEMO District Fair. After a one-year hiatus because of the pandemic, the fair returned Sept. 11 and ran through Saturday, Sept. 18.

A rise in the price of recycled metals caused a rash of thefts of catalytic converters in this area. They were being cut off cars and trucks that were parked overnight. JPD reported six stolen so far in 2021 with a dozen stolen in 2020. The Sheriff’s Office reported seven thefts in the county. The Cape Girardeau Police Department reported 50 catalytic converter thefts in 2021. During the month of October, Gearheads in Jackson offered free etching of V.I.N. numbers onto catalytic converters to help prevent their thefts.

The next day, the Jackson Outreach Board again held its “Touch-A-Truck” event at the Jackson Civic Center. The event had been cancelled the year before.

On Sept. 24-25, the “Best Little Fair in the Land” was again held in Altenburg. The parade’s grand marshals were Marvin and Stan Petzoldt of East Perry Lumber Company, which was celebrating its 75th year in business. The fair had been cancelled in 2020.

Beginning Monday, Sept. 27, employees of Procter & Gamble began gathering on U.S. Hwys. 61 and 177 in Fruitland to protest the company’s requirement that employees get the COVID-19 vaccinations or be tested weekly. P&G’s requirements were established to comply with an executive order signed Sept. 9 by U.S. Pres. Joe Biden. (That order was found to be unconstitutional by the U.S. Supreme Court this past week).

Travelers between Cape and Jackson and those driving by our communities on I-55 had been impacted by the diverging diamond interchange construction since March 2020. Traffic was slowly getting back to normal Sept. 30 as I-55 traffic over the new bridges was shifted from head-to-head traffic on the southbound bridge to having one lane open in each direction using both new bridges. All ramps were open for right turns only.

Construction work was scheduled to continue through Oct. 22 with diamond grinding and striping taking place during overnight closures on U.S. Hwy. 61 in October.

As September came to an end, the Jackson Area Chamber of Commerce moved from 125 E. Main St. into its new location, 1846 E. Jackson Blvd. (the former First Missouri State Bank). It expected to be open at the new location by Oct. 1.