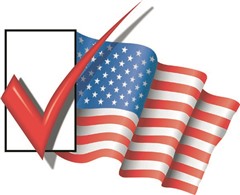 The Jackson R-2 School District asked permission to issue $22 million in bonds for the purpose of “acquiring, constructing, improving, renovating,  repairing, furnishing  and equipping school sites, buildings and related facilities in the District, including but not limited to (1) safety and security upgrades throughout the District, (2) classroom additions and renovations throughout the District and (3) improvements necessary to relocate freshman to the high school.”

The City of Jackson asked permission to allow businesses to sell liquor by the glass without being required to sell food. Voters approved the measure 1,427 (68.21 percent) to 665 (31.79 percent).

Fruitland Prop F: The Fruitland Fire Protection District asked for a tax levy of not more than 50¢ per $100 asssessed valuation to provide 24-hour professional staffing, upgrade equipment  and apparatus, and to provide training for part-time fire-fighters. The request was narrowly approved 547 (51.95 percent) to 506 (48.05 percent).

Also running in this close contest were Melissa “Missy” Herbst Smith (688 votes) and Philip Moore (646 votes). There were 34 write-in votes.