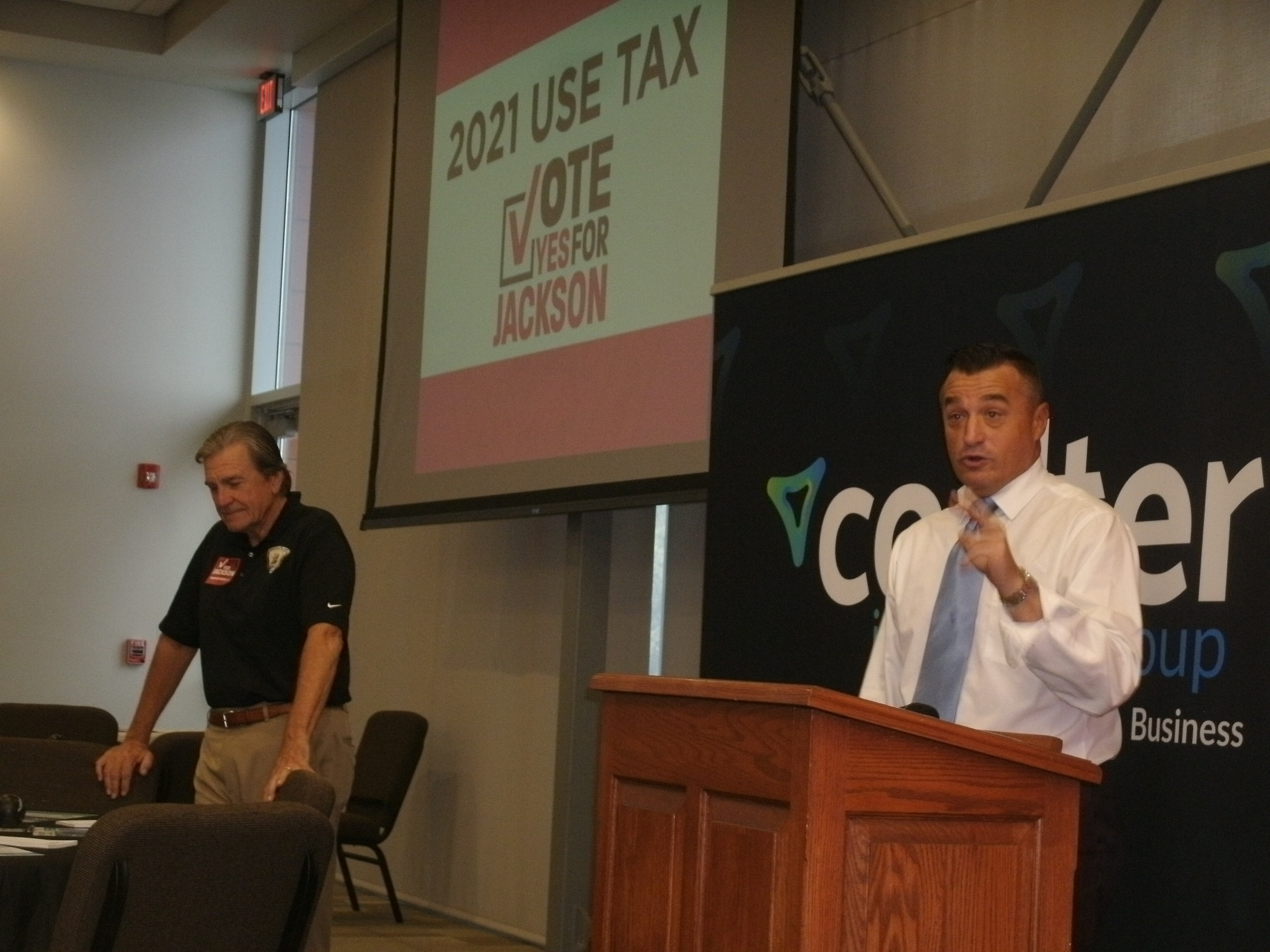 Voters in the cities of Jackson, Cape Girardeau and Delta will decide next Tuesday whether their municipalities will be able to collect a local use tax on products that are purchased outside of Missouri.

Jackson residents currently pay sales tax on purchases made inside Missouri. If we purchase something within the city limits of Jackson, we pay 2.5 percent in a local sales tax that becomes revenue for the City.

If we buy the same item in Cape, we will pay slightly more for the item, because we’ll pay Cape’s slightly higher local sales tax. That sales tax becomes revenue for the City of Cape. Sales tax is collected and distributed on three levels: a portion goes to the state, a portion to the county and a portion to local municipalities.

However, if we buy something on the Internet from an out-of-state company such as Amazon, we don’t pay sales tax on the item, since the company is not in Missouri. Instead, we are charged a use tax. Currently, we only pay the use tax that is collected and distributed at the state and county level. No use tax funds come to the City of Jackson. The use tax is the same as a sales tax, but it is paid on out-of-state purchases.

It is not a double tax. If we pay sales tax on a purchase, we won’t pay a use tax.

The State and Cape County have been able to recover lost sales tax revenue from purchases made out of state by charging a use tax on those purchases. Currently Jackson, Cape and Delta cannot collect use tax on out-of-state purchases, because voters in those cities must approve a use tax before it can be charged, and so far, voters have not given the green light in those communities.

Jackson has tried three times in the past to get approval for use tax and has failed each time. City officials are hoping this fourth time is a charm.

City officials have looked at how much use tax the County currently receives. Since Jackson is 18 percent of the County’s population, it is estimated that Jackson’s 2.5-percent use tax would raise an additional $500,000 a year. City officials have earmarked those funds to be used only for the Parks and Recreation Department.

The money will be used for:

“Whenever we have a ballot issue, our goal is to always educate our voters on the benefits of the initiative,” said Brian Gerau, president of the Jackson Area Chamber of Commerce, during an Oct. 15 Business Breakfast. “And there are absolutely, positively huge benefits on this initiative, across the board, for every person who lives in Jackson.”
The Chamber supports the use tax 100 percent, he said.

“The reason we support this 100 percent is because we support our local businesses,” Gerau said. “We want to make sure we are leveling the playing field.”

Gerau used the example of Charlie Glueck, who owns Jackson Tire. Sometimes people will come into his store to look at tires but will then buy them online and not pay sales tax, and sometimes have them shipped for free. “There’s no way he can compete with that. Yet, Charlie has a brick-and-mortar [store], 30 employees; probably more than that throughout the region. He pays property tax. He supports our schools. He supports our Chamber. He supports advertising. It’s trickle down. We want to make sure we support our businesses in Jackson” Gerau said.

“Use tax has been around since the 1990s,” Mayor Dwain Hahs told those at the Business Breakfast. “A lot of the counties around us have already passed it, including Cape Girardeau County, and a lot of cities. Over half the cities in the State of Missouri have already passed a use tax. So we’re doing a little catch-up in this area.

In the State of Missouri, all sales tax must be approved by voters in the affected area.

Use tax will be charged automatically when purchases are made. It won’t require any additional reporting by purchasers.

When we order something online, the seller will look at our address, and if the city or the county in which we live has passed a use tax, we will be charged the use tax.