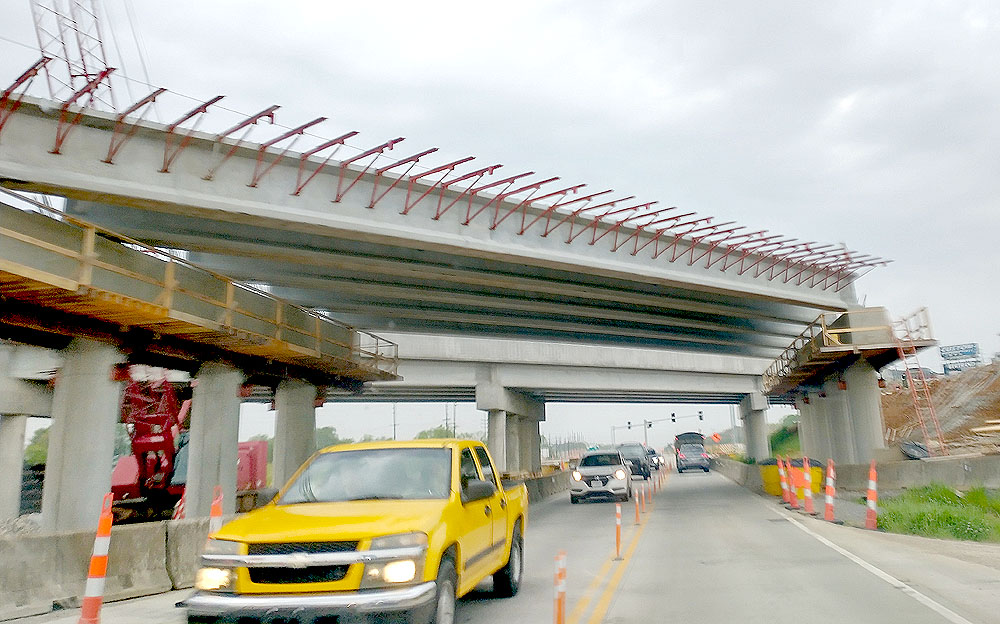 South Old Orchard Road (south of U.S. Hwy. 61) near the diverging diamond interchange at I-55 will be closed Thursday night, April 29, so a signal pole can be moved.

Construction of the diverging diamond interchange at Interstate 55 and U.S. Route 61 (mile marker 99) between Cape Girardeau and Jackson continues with an overnight closure of Old Orchard Road, south of Route 61.

Weather permitting, Old Orchard Road will be closed south of Route 61 for the relocation of a signal pole. Work will take place Thursday, April 29 from 8:30 p.m. to 6 a.m.

Previously planned overnight closures of Route 61 for interstate bridge work have been completed.

The work zones will be marked with signs.  Motorists are urged to use extreme caution while traveling near the area.