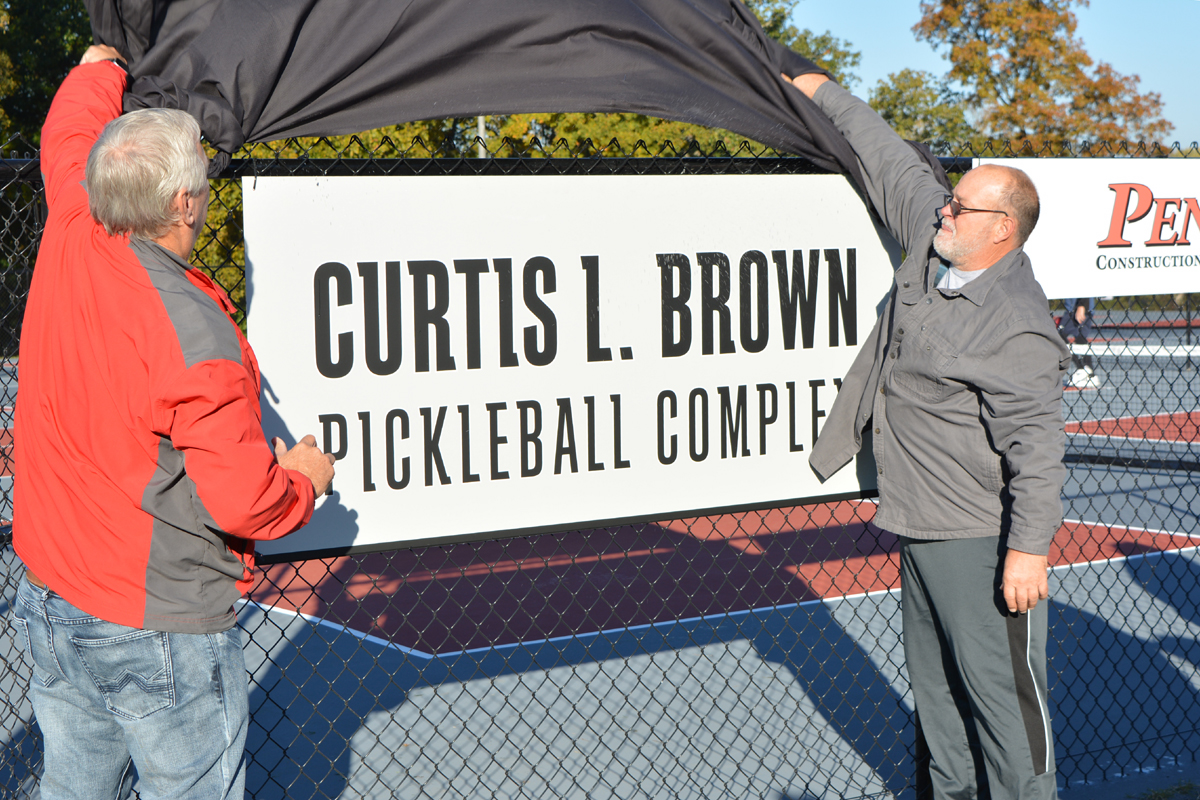 The new pickleball complex in Jackson’s Litz Park was dedicated and named as the Curtis L. Brown Pickleball Complex before the first-ever Jackson Invitational Pickleball Tournament on Nov. 6-7.

“This was always the goal to name it after Curtis Brown and the Brown family,” Mark Unger said. “I unfortunately never played with Curtis, but heard he was very good.”

Doug Brown said he was grateful to be able to name the complex after his brother who died of brain cancer. Brown said they sold the naming rights to Penzel Construction, who allowed the complex to be named after Curtis.

Brown and Unger revealed the sign with the complex’s new name on Nov. 6 before the start of the first pickleball tournament in the park.

The sign will soon have a permanent location near the complex and Unger said they hope to also add a sign near the entrance to Litz Park.

Around 95 people competed in the tournament, including people from St. Louis and Illinois. The tournament raised funds to help pay for the complex and future improvements including new bathrooms and parking.

Brown said the tournament has room to grow as more people learn about the Jackson Invitational.

“We have 95 now and can grow it to over 200,” Brown said. Unger added that “this is the first tournament of hopefully many.”