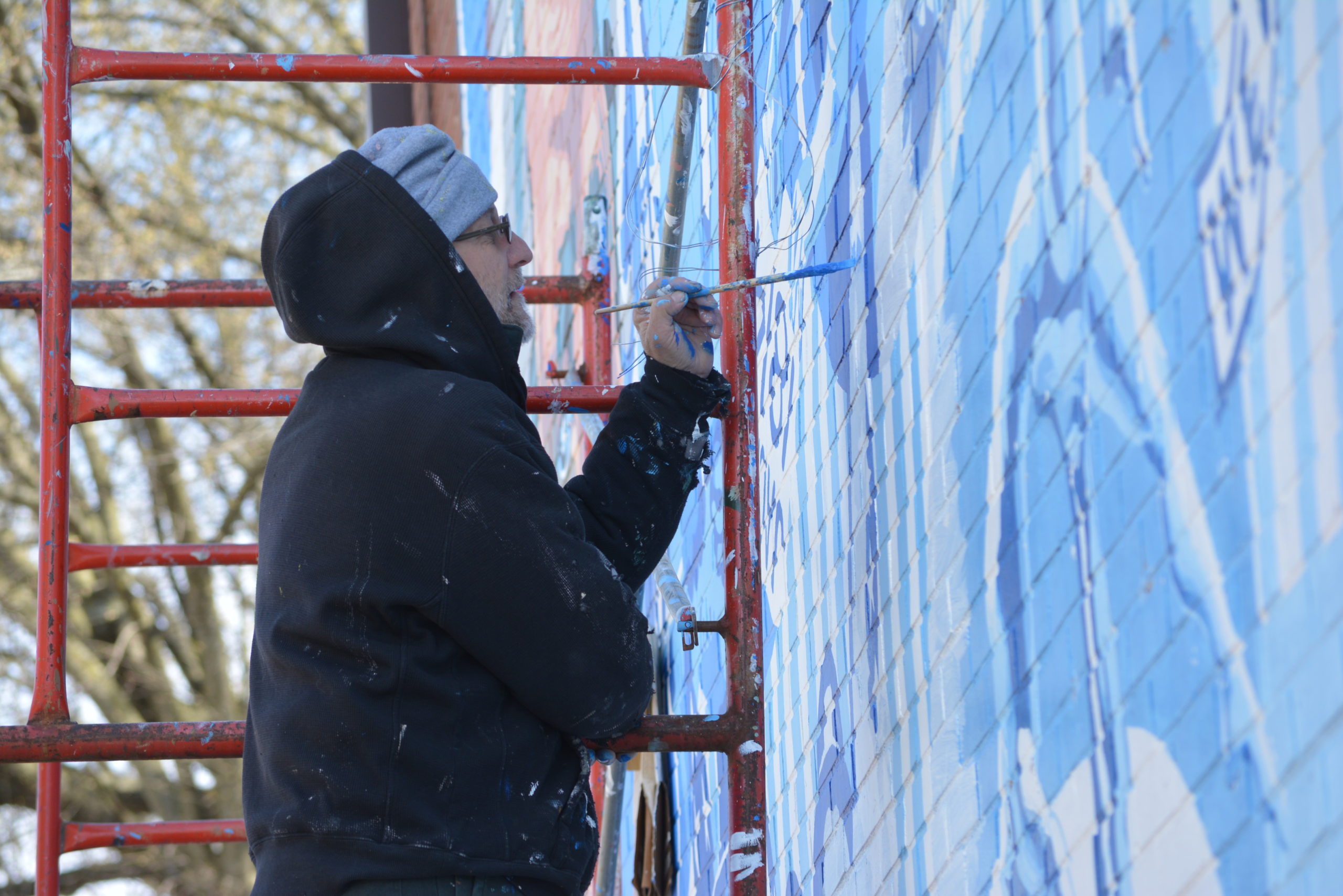 Craig Thomas works on restoring the mural on Main Street on March 31. Photo by Jay Forness

Thomas said this is probably the fourth time the mural has been restored with its last restoration being done in 2012 by Thomas.

“It’s a whole repaint,” Thomas said, adding that he is first using a transparent primer so he can match the fading mural. “You can still correct things, but it helps to see what’s underneath,” he said.

The mural was originally designed by Grant Lund and painted by Matt Chubboy in 1996. The mural depicts Andrew Jackson, the courthouse, Homecomers and the history of the city.

Thomas is using Lund’s original rendering of the mural, which resides in the mayor’s office in City Hall, as a reference.

Because of the slanted sidewalk underneath the mural, Thomas said he is unable to move back and forth along the whole mural. Instead, he is focusing on one section of the mural at a time before moving on. “We started on the left side, so Andrew Jackson is done,” he said.

The restoration should last nine years before having to be repainted. Thomas has been involved with other murals – both as an artist and restorer, including being one of the artists to work on the Mississippi River floodwall murals in Cape Girardeau.

Thomas was one of Lund’s students when he was an art professor at Southeast Missouri State University. Lund also started a drawing group in 1979 that Thomas took over in the 1990s and is still meeting on Wednesday nights. Lund passed away last month in Utah.

Thomas said the whole mural is only “three colors plus white,” which gives it an old-school feel. “It’s basically glorified sign painting,” he said. “Sign painting is now kind of obsolete, so now you get artists to do it.”

He has been working on the restoration since March 21 and will have other artists help him with the restoration this week. Thomas said the project will take three to five more weeks to complete.