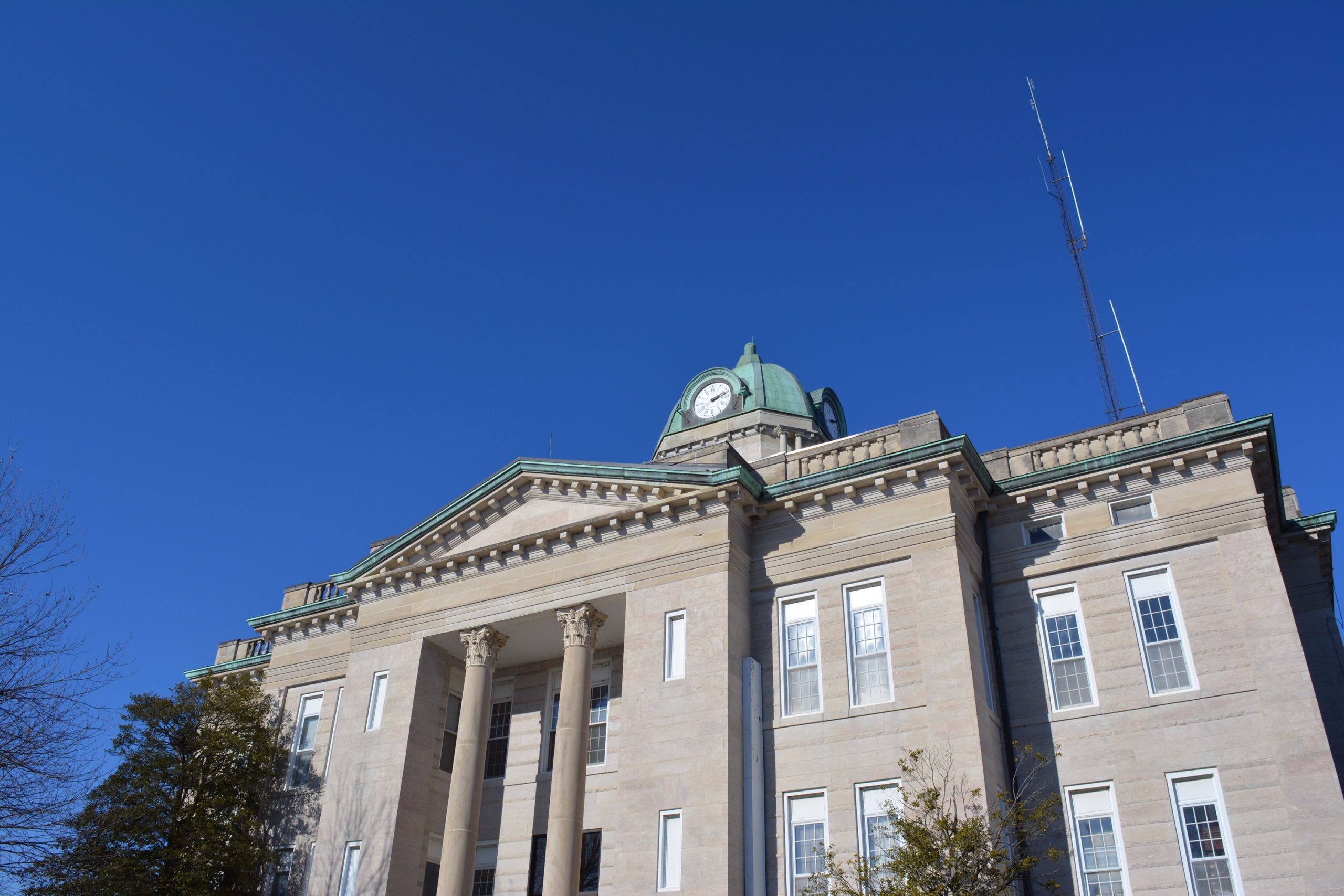 One of the three design/build teams has backed out of the competition to renovate the jail and old county courthouse, leaving the Cape Girardeau County Commissioners with two choices, from which they will choose one.

The River City/Goldberg team asked to withdraw, and the commissioners approved their request Sept. 8.

Still in the competition are Penzel Construction and Little Dixie Construction. The county is waiting for proposals from these two design/builders, with hopes of beginning construction by the end of the year.

“When we went through the design/build process, we approved three teams to submit proposals,” explained Presiding Commissioner Clint Tracy. “After having met with each team for the first time, one of the teams decided that because of their current schedule of demand, and the scope of the project, they didn’t feel like they were going to be able to continue to participate.

“It’s interesting — on the front end, we had discussed that we were only going to choose two teams to go through this [design/build selection] process,” Tracy continued. “We felt three qualified teams presented, so we thought, the more the merrier.

We felt like if we chose three, we could maximize our potential for a superior product. As it’s turning out, we’re ending up with two anyway.”

• Salt shed: The commissioners approved the purchase of a new cover for the county salt shed from Tek Supply. The old one that was installed eight to 10 years ago has developed a rip in it. The new cover, which will be installed by county employees, is under a prorated warranty and will cost the county $6,491.99.

• Land tax sale oversurplus: When the county sells property to pay for overdue taxes, if the property sells for more than the taxes due, the overage can go to the owner who forfeited the property. That owner must apply for the oversurplus, and can receive it after one year. If the owner doesn’t claim it, after three years, the money goes to the schools.

The commissioners approved that the oversurplus of $48,703.27 from the 2022 land tax sale be given to the county treasurer to disburse, according to state statutes.