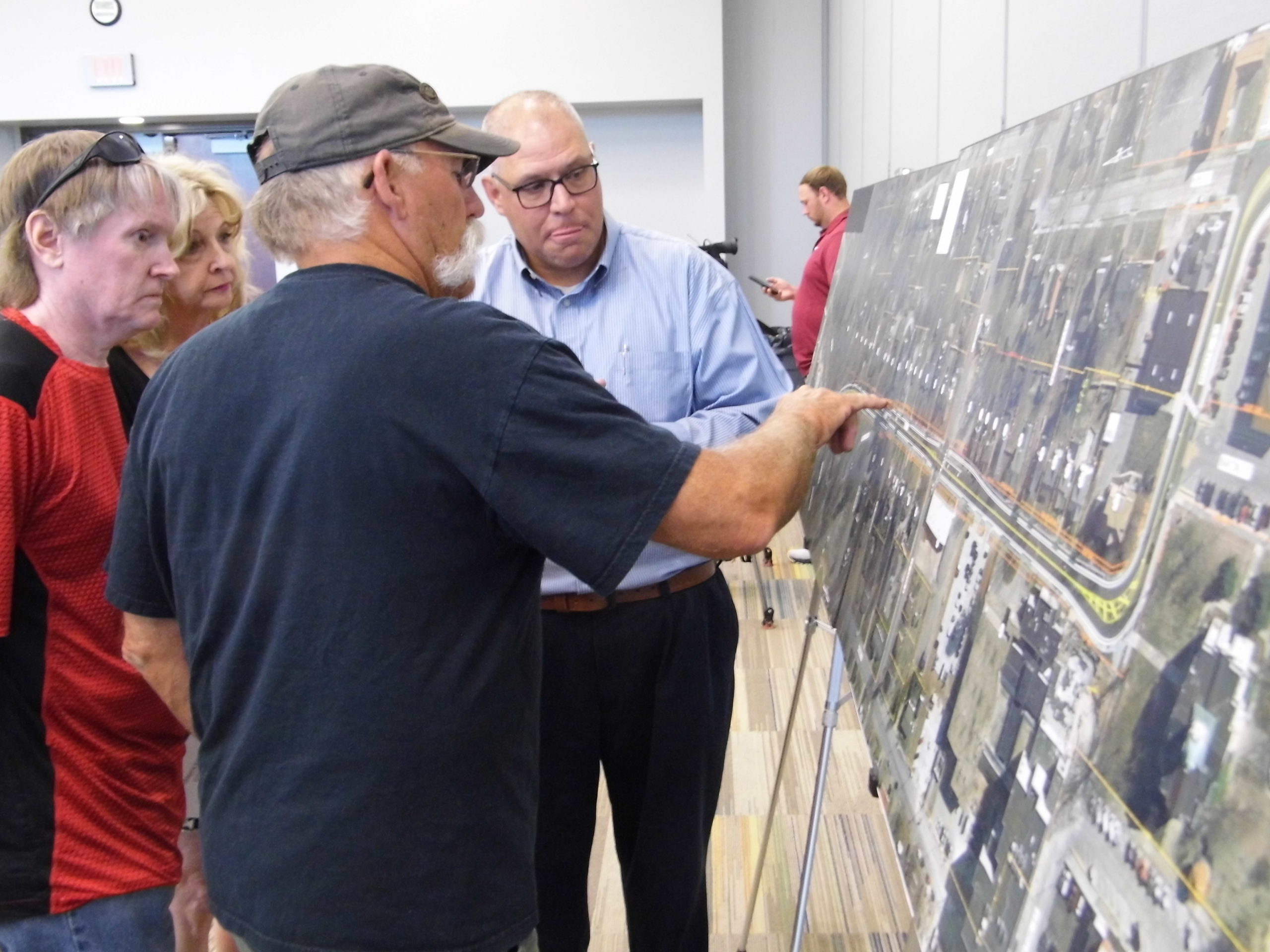 Highway 61 North between the roundabout at Main Street and Route D (Independence Street) will get a major overhaul. The Missouri Department of Transportation held a public meeting June 28 at the Jackson Civic Center to explain the project.

Although access to local homes and businesses will be maintained throughout the construction period, through traffic will be diverted onto I-55 or Farmington Road.

Construction is not expected to begin until August 2023. If all goes according to schedule, it will be completed by the end of 2024.

A major component is the replacement of the Hwy. 61 bridge over Hubble Creek. It is currently about 24 feet wide. The new structure will be 40 feet wide, making room for an extended left-turn lane onto Route D. It is felt that the left turn lane from Hwy. 61 North onto Route D is too short for the number of vehicles making that turn. The current bridge is too narrow to extend the turn lane onto it.

Access into City Park from Highway 61 will change. The entrance near the swimming pool will be moved south, away from the intersection with route D. The entrance at Cascade Street will be closed permanently.

East Mary Street is currently offset a little from West Mary Street at Hwy. 61. That intersection will be adjusted slightly and a pedestrian crosswalk across Hwy. 61 will be added.

Hwy. 61 will be widened a little at Mary Street to allow for a new left turn lane from Hwy. 61 North onto West Mary Street.

This entire section of highway, which is about a mile long, is now multiple layers of asphalt over concrete. It is the oldest pavement in Jackson and has been subject to numerous repairs over the years, causing the surface to fail in numerous locations.

“The old pavement has been cut into and had water lines replaced — things like that — so it’s really in bad shape underneath. And that was part of the reason we chose now as the time to tear that out, replace it, and get something good in there,” said Project Manager David Wyman.

Rather than adding another layer of asphalt, the entire roadway will be torn up and replaced with a new, smooth concrete surface.

Utilities which are now buried under the highway will be moved aside so they will be under sidewalks or yards. This will prevent the roadway from having to be dug up for utility repairs in the future. It is easier to dig up and replace a section of sidewalk than the roadway for a utility repair.

The City is responsible for moving the utilities. The rest of the project is MoDOT’s responsibility. The utilities must be moved before roadwork can begin. The City has already hired engineering firms to work on the project.

Highway 61 will be bordered on both sides by all new sidewalks, including a small stretch beside City Park that currently has no sidewalk.

The walking trail under the bridge will be closed while the bridge is under construction, but there are no permanent changes being made to the trail.

Very little private property will be taken for this project. MoDOT tried not to widen the roadway any more than necessary to avoid taking land from front yards along the highway. There will be a need for temporary construction easements.

The letting of contracts is expected to take place in May 2023. Construction will probably begin in August 2023 and be completed before the end of 2024.

Road closures will probably be done in phases as workers move through the project.

Wyman thinks that construction will probably begin at the bridge. “The bridge is going to take the longest,” he said. “I know we are working with the City really closely. The City has a lot of utilities to relocate, and so that will take a long time because they have water, sewer, and electric. But as far as our part, the bridge will take the longest.”

Bridge work will not be halted by the cold winter months. And because the highway will be concrete instead of asphalt, work on the roadway can also be done throughout the winter if conditions are dry.